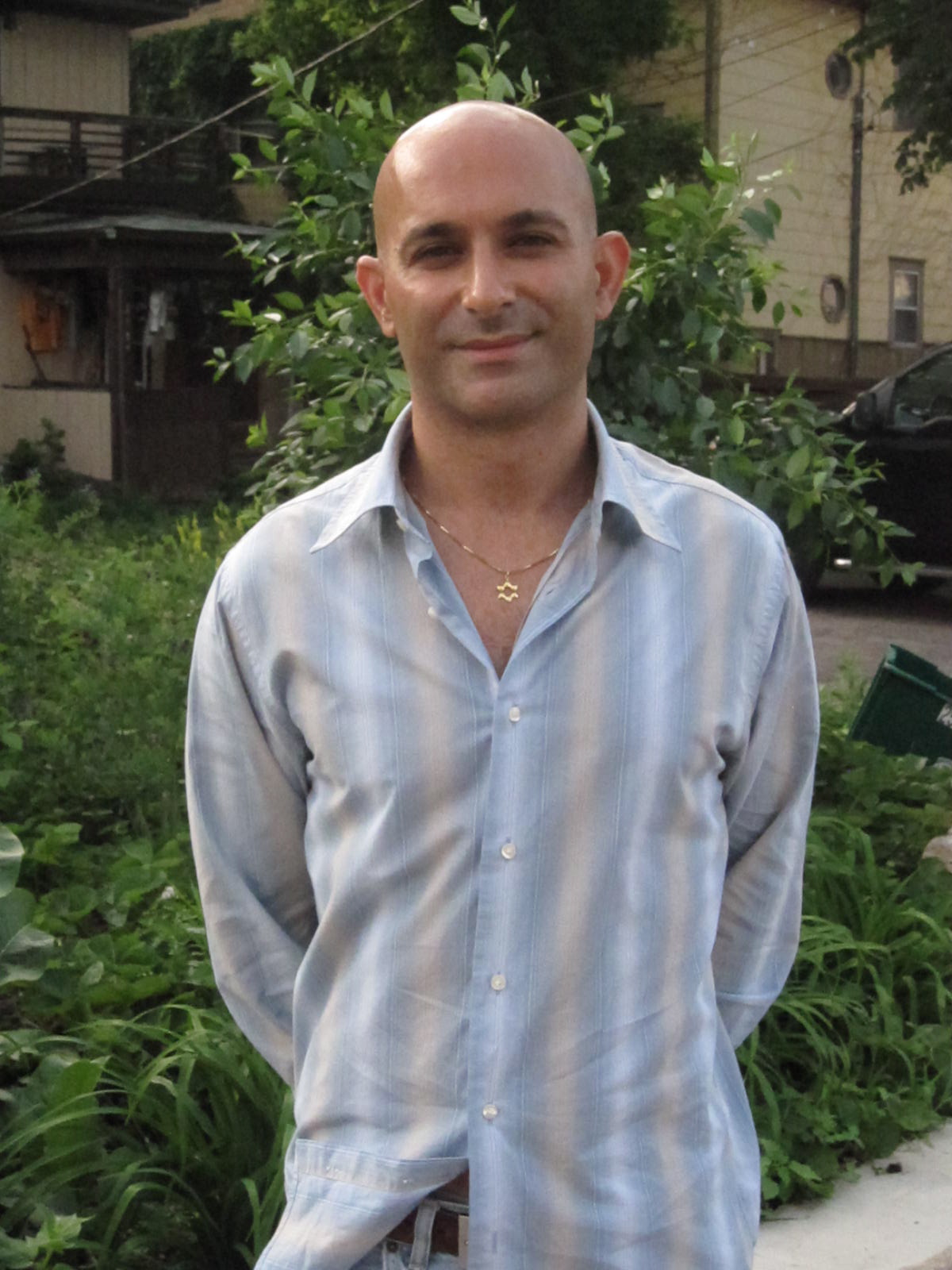 This weekend is the Twin Cities Jazz Festival, Minnesota’s largest jazz event of the year, with national and international jazz musicians swinging into town for free shows in Mears Park and other locations in downtown and Lowertown St. Paul. Artists such as Danilo Perez, Deadato, and Gary Burton will play alongside other well-known artists and local acts for a fun weekend of rhythms, improvisation and melody.

Salsa del Sol are a local band that has been a staple of the Jazz Festival in recent years. The 10-year-old band boast a diverse range of musicians hailing from Cuba, the Dominican Republic, Puerto Rico, the United States, and Israel. The band play around town on a regular basis, and will be playing at the 6th Street Stage at Mears Park on Saturday, June 25.

At Common Roots Cafe in Minneapolis, I talked with Shai Hayo—drummer-percussionist for Salsa del Sol—about how his band fits in with the jazz scene.

How did Salsa del Sol get started?
It started as kind of an offshoot of another band that fell apart. We kind of came together and formed a new band. We’ve added more people over the years, but with the same few founding members.

How would you describe your music style?
I would describe us dance music of the Spanish-speaking Caribbean—from Cuba, Puerto Rico, and the Dominican Republic mostly.

Where are you from originally?
I was born in Israel.

What interests you about music from the Spanish-speaking Caribbean?
When I was young, a friend of mine was really into jazz. I remember one time—it was very late, and he played some Latin jazz. I heard the drumming and was won over, so after that I sought out that kind of music.

How does this type of music fit into jazz as a whole?
A lot of salsa music—structurally there are things that are in common with jazz. There’s a lot of improvisation, a lot of individual artistry in terms of interpretation and certain chord progressions. When you think about what elements salsa and jazz have together, they are examples of the African Diaspora in the “New World.” And a lot of music sensibilities that [are found] in salsa also [are found] in jazz. Specifically, with Afro-Caribbean music, these are the same chord progressions that [are foun d] in jazz music. They come from the same ethno-historical experience.

Is there a very large Latin American music scene in the Twin Cities?
I wouldn’t say there’s a huge pool of musicians, but there’s definitely a good group.

How about for jazz as a whole?
Oh, there’s tons of it. In the Twin Cities, we are very fortunate to have such a diversity of arts, and support for the arts—not just music, [but] for theater, visual arts, going across the board.

How did you become interested in the music that Salsa del Sol plays?
It’s a long story. I’m still learning. My initial exposure to it was as a young person. I found my way to a teacher who knew and practiced Afro-Cuban and Afro-Caribbean drumming, so I got into that, and studied for many years. In college I studied Spanish and Latin American Studies, and continued learning the music. I studied abroad in Puerto Rico, while continuing on an academic tract, and meanwhile created relationships with different teachers. At Macalester I studied with Sowah Mensah, and then when I graduated I played with a lot of different groups in town. I went to West Africa for a period of time, and after that I came back, and continued playing music, always studying and learning. I played with Nachito Herrera. I commuted back and forth to Chicago; I studied with a master there.

How has your Israeli background influenced you as an musician?
I grew up with Israeli music. I haven’t explored it much in terms of performance, but yeah, it’s a part of me. I explored it through my own socialization. My parents come from very different backgrounds. My father is Middle Eastern and my mother is American.

What has your experience been learning the music of another culture?
When you’re learning the music of another cultural background, there’s only a certain level of closeness that one can achieve, just because socialization is a huge factor. The idiosyncrasies—you can’t replace that. You can’t learn that, but you can get inside…there’s only a certain level you can get to. I learned that when I was in Africa. I learned how to play a lot of the music, but there’s a certain point—you’re always going to play music with an accent.