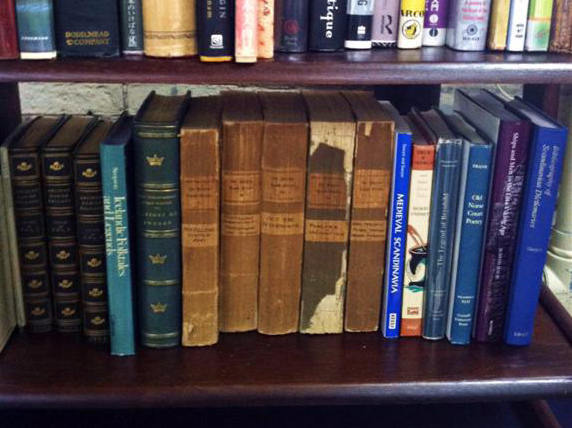 One book, that’s all you get; just one book and nothing more. That’s the phrase one often hears a parent utter to a child at the bookstore while wondering why Junior won’t play with G.I. Joes or Barbies instead. But those who make that request have no idea how impossible “just one book” sounds. How can you choose just one when you see the hard-bound covers adorned with gold leaf lettering or the glossy pages with ink that leaves stains on your fingers?

So, before I attended the Twin Cities Book Fesival I went against my beliefs and limited myself to just one book in a common room filled to the brim with them because I like a challenge…and because I’m a masochist.

I knew what I wanted, and yet I didn’t. I knew how to find what I was looking for, but not really. I have criteria for the kind of books I normally enjoy, but in reality I’m just predictable and all the books I like follow these same patterns…

• They are somewhat anthropological or sociological in their presentation of said subject matter.

• They aren’t afraid to be funny (meaning dirty jokes and dark or off-color humor are in high supply).

• They have to be narrative.

• They cannot, under any circumstances, be Twlight.

Basically, I wanted something that was edgy, thought-provoking, funny, and told from the perspective of someone who had an unconventional story to tell.

The set up for the festival was not what I had imagined. While I expected there to be books for days, what I was presented with at the State Fairgrounds were booths run by local publishing companies and writers who had self-published. It was just as much a great example of entrepreneurship through publishing and print as it was about the end product of such (for example, I made a pleasant visit to the booth of local arts and literary magazine Paper Darts). I knew that finding my one book would be difficult and I got sidetracked numerously. I encountered a small section on traditional Japanese art and aesthetics that almost entirely caused me to lose focus, but my resolve did not waver. However, there was a chance that I would leave this festival empty handed and that was fine by me: with so many books and so little time, I was asking a lot of myself to pick just one.

When I saw the Magers & Quinn sign from across the common area I was quick to make my way over; I’m loyal when it comes to them and have had many experiences of sitting on the floor in the art section of their Hennepin Avenue store. On their table was a display of many different kinds of book; poetry, fantasy, romance, but the one book I was drawn to, titled Gender Outlaws: The Next Generation, got my heart racing in anticipation for what was inside. Such a title begs further exploration, so I purchased it without hesitation and made my way back out into the rain. I cracked open my new book as soon as I got home and I have to admit it wasn’t what I expected (granted, I wasn’t sure what to expect and that’s why I bought it in the first place). It greatly exceeded my normal expectations for the books I like to read and even raised the bar. I would’ve never even heard of it had I not gone to the Book Festival and I can now say that my mission for “just one book” has been successfully completed.

My only regret for the day was not getting a chocolate-covered coconut macaroon before I left.

Read Melissa Slachetka’s account of her first visit to the Twin Cities Book Festival (2008) and Linda White’s feature about self-published authors at the festival (2010).