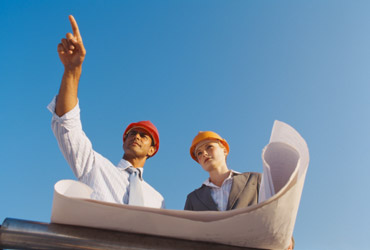 It may be the most attractive site for redevelopment Minnesota has seen in years. But this may be one of the worst times for real estate investment.

This is the last of a three-part series. Read parts one and two.﻿

Ford Motor Co.’s Twin Cities Assembly Plant in St. Paul—slated to close in December, opening more than 155 acres of prime urban property along the Mississippi River to new uses—has drawn interest from developers across the country for the past five years. But since the phase-out of the 1920s-era plant was announced in 2006, then delayed several times, the real estate market has gone from boom to bust.

With it vanished the rosiest visions for the future along Ford Parkway: “green” manufacturing of electric cars or other 21st century innovations. Even prospects for high-end residential development overlooking the river have dimmed in this age of short sales and foreclosures and could be out of the question if environmental cleanup costs run too high.

It now appears that Ford will tear down most, if not all, of the buildings above the river bluff.  The company “doesn’t see those buildings as an asset for sale,” said Merritt Clapp-Smith, St. Paul’s lead city planner for the Ford redevelopment. But Ford’s historic steam and industrial wastewater treatment plants at the river’s edge could be candidates for “creative adaptive reuse as restaurants or loft apartments,” said Jay Gardner, the Ford executive who is spearheading preparations for sale of the property.

Ford plans to complete assessment of nearly a century of industrial contamination from oil, paint, hydrolic fluids and other chemicals next year as the main factory building is being razed. A 30-year-old paint building that once was touted as suitable for green manufacturing also is ticketed for the wrecking ball. But a 40,000-square foot job training facility built a decade ago next to the plant with the help of state funds is a candidate for reuse as offices or a community center, Gardner said, although it would require new utilities to replace systems that now serve the entire complex.

One part of the site that is likely to remain untouched is the baseball complex at Cleveland and Montreal Avenues. The land has been leased for years at a nominal rate to the Little League, which has improved and maintained it. City officials expect the ballfields to become part of the open space in the redeveloped site.

Once the site is cleared and environmental challenges identified, it will be offered to developers by next summer, Gardner said. With the end of vehicle production, the site will be a “surplus asset” that Ford would prefer to sell sooner rather than later, even in the current depressed real estate market, he added.

What it might fetch is anybody’s guess. Ramsey County lists its total market value for 2011 at $43.5 million. A pre-recession assessment in 2007 by Colliers International commercial real estate consultants ranged from $36 million for industrial reuse to $56 million as a high-density transit village. The higher value would accrue only if the area were served by multimodal transit, which is not in any of the Metropolitan Council’s current plans for St. Paul. No formal appraisal has been conducted since the financial crisis of 2008.

St. Paul city leaders convened an early task force to look into redevelopment options. It met 11 times in 2007 and produced several studies in support of city goals such as “family-sustaining jobs,” an increased tax base and higher surrounding property values. It has been dormant since then, as the plant’s life was extended twice and the real estate bubble burst.

Clapp-Smith said the task force, made up of representatives from St. Paul labor, businesses and neighborhoods as well as Ford, produced plans that show “what the community would like to see happen and what will get political support.” But she said changes in the economy since 2007 have rendered some redevelopment scenarios unlikely.

“One of the city’s priorities for redevelopment is job creation, with the site providing a range of job types to suit different workers as part of a larger mixed-use development,” Clapp-Smith said. “Unfortunately, replacing the high-quality union jobs on the site and in those volumes would be very difficult, as the nature of manufacturing and its location criteria have changed.”

Even a state offer of more than $450 million in tax breaks over 12 years couldn’t persuade Ford or anyone else to retool the plant for continued vehicle production.

“We have to be prepared for what appears to be the inevitable,” said Cecile Bedor, St. Paul’s director of planning and economic development. “We can project the visions and goals we have for that site, but what actually happens there will have to work within the market realities.”

Still, she added, “it’s one of the most desirable sites in the city because of its location near the airport and adjacent to a vibrant, beautiful commerical and residential neighborhood. That makes for some really exciting development opportunities.”

Bedor and other city officials now acknowledge that redeveloping the Ford site could take years, if not decades, to complete. By then, further economic shifts may brighten prospects for high-value reuse of the land that is worthy of its natural assets. That means city leaders shouldn’t rush to accept a bad plan that degrades the area for the next century or more.