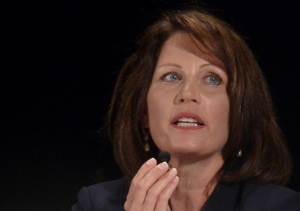 “Michele is not delivering for the people of the 6th Congressional District, but also not doing the job in D.C. – missing 11 percent of votes this session,” Reed’s campaign said Friday with the release of its “Where’s Michele?” map. Clark’s campaign released a map of its own and cited a Washington Post report from October 2009 that showed Bachmann has missed more votes than all but 10 members of the House. “It’s clear Congresswoman Bachmann’s priorities are chasing her national celebrity and pursuing her personal agenda – and those priorities come at the expense of her district,” the campaign said.

How accurate are these criticisms?


An analysis by the Minnesota Independent shows that Bachmann has missed more votes than any member of Minnesota’s congressional delegation in the 111th Congress – even after subtracting votes missed when Bachmann left to spend time with an ill family member. Twenty of the 47 remaining votes Bachmann missed occurred on days when the Sixth District Republican had media appearances scheduled. But while these media moments loosely coincide with her missed votes, it’s unclear whether her absences are directly linked to her ambitious travel schedule. Bachmann’s office hasn’t respond to the Minnesota Independent’s request to clarify this point.

Here’s a tally of votes not taken by Minnesota’s delegation:

Bachmann’s total count for missed votes is officially 114, but many of these votes – 67 of them – occurred on a single weekend. For instance, on June 18, as the House was holding a record number of votes, Bachmann was out of town spending time with an ill family member. (Rep. Keith Ellison was attending his son’s graduation that day and missed the same number of votes; with those votes included, he missed a total of 90 votes.)

In some instances, House votes seemed to directly conflict with Bachmann’s media schedule, while in others Bachmann’s missed votes occurred on days where she had one or several media events planned.

On Nov. 5, Bachmann missed a vote “Honoring and Recognizing the Service and Achievements of Current and Former Female Members of the Armed Forces” because of her appearance at the Tea Party House Call that she organized at the Capitol and was held at the same time. Bachmann missed the vote at 12:37 p.m., and her House Call appearance was from noon to 2 p.m.

On Nov. 4, Bachmann did not vote for the Expedited Card Reform for Consumers Act of 2009, which beefs up consumer protections in the credit industry. That same day she appeared on the Glenn Beck’s show to build support for her Tea Party event the next day. It’s the media appearance where she said, “Socialized medicine is the crown jewel. But tomorrow is our Super Bowl of freedom.“

On Nov. 3, Bachmann appeared on the Family Research Council’s webcast, “Government Takeover of Healthcare: Counting the Cost.” Bachmann also had an appearance on Fox and Friends in the morning and on Sean Hannity’s show that evening. Bachmann wasn’t present for a vote to oppose the United Nations’ fact-finding report from Gaza, but she did cosponsor it and send out a press release on its passage.

Bachmann missed a vote on Oct. 22 condemning the government of Iran for religious persecution against people of the Baha’i faith. The same day she was a guest on San Francisco’s conservative KSFO-AM, where she said, “When you talk about Obama, you just can’t not come up with jokes.”

On Oct. 7, she didn’t make two votes on the Agriculture Appropriations bill. That day she appeared on Bill O’Reilly’s show, where both postulated that ACORN may have stolen the Minnesota Senate race for Al Franken.

Bachmann warned of a link between the Census and Japanese internment camps during World War II in a Fox News interview on June 25, the same day she missed a vote on the Interior Appropriations bill. She had an interview on CNBC the same day.

Bachmann appeared on Point of View “Defending Faith Family and Freedom” Radio on July 9, and was not present for a vote for “Recognizing the Significance of National Caribbean-American Heritage Month” the same day.

On May 21, there was a lunchtime fundraiser for Bachmann held by the Gula Graham Group. Individuals paid $250, and political action committees $1,000. That same day, Bachmann missed 10 votes.

On May 13, Bachmann was not present for a vote but had a press conference about ACORN with former ACORN employee Anita MonCrief.

Bachmann had an appearance on Fox Business Live on Feb. 10, the same day she missed a procedural vote.

The Minnesota Independent contacted the National Taxpayers Union to get a sense of how absences impact politics. NTU has in the past criticized Congress members for missing votes in order to campaign – and with a national media appearance every nine days, Bachmann seems to be in campaign mode. Pete Sepp, vice president for policy and communications, told the Minnesota Independent that legislators should not get paid for times they aren’t at work.

“Unlike many other things that Congress must vote on, this is an individual choice each representative can make without having to wait for clearance from an ethics committee, or a floor vote, or any other kind of procedure,” he said. “All they need to do is dock their own paychecks.”

Sepp stopped short of criticizing Bachmann’s record (the NTU has awarded Bachmann the Taxpayer’s Friend Award), but did note that representatives can request a “leave of absence” which officially excuses them from a vote.

“It’s important to remember, though, that some of Rep. Bachmann’s absences may have been excused by the Speaker in the Congressional Record,” he said.

According to the Congressional Record, Bachmann has requested two leaves of absence since she was elected to office: In mid-June when her stepmother was ill and at the end of May when her father-in-law passed away.