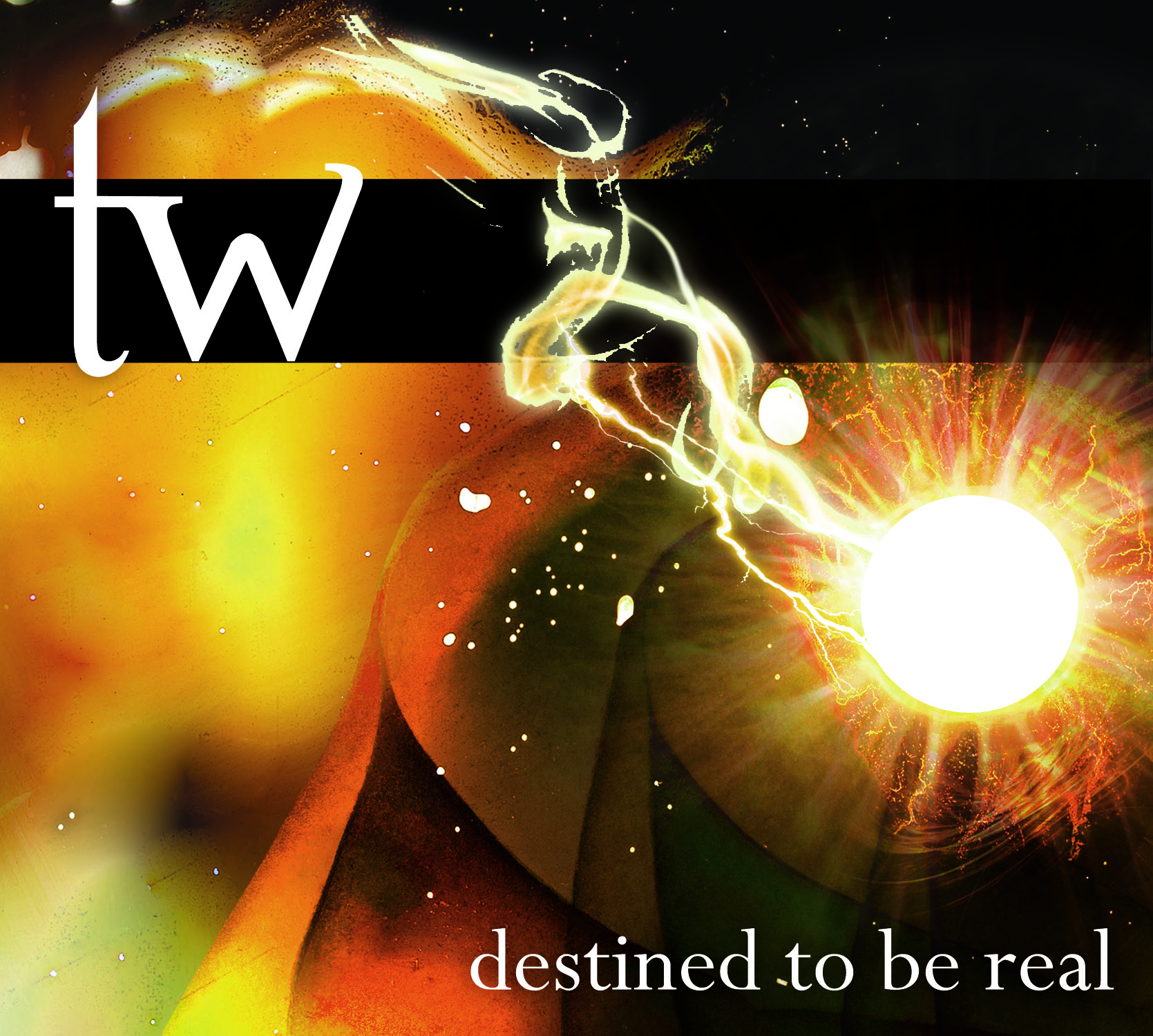 TW’s 4-song EP Destined To Be Real, of which the Minneapolis artist actually boasts, “Join me on this spectacular journey,” is, in fact, one of those cloying and formulaic Dan Fogelberg type of affairs. Heavy on the production values to palm off a lightweight singer and pedestrian songwriter. From the pretentious title throughout, it is tedious and slick.

”Live Another Day” starts out spare, just an acoustic guitar easily strumming. After a few bars comes this whining, self-conscious groan that’s meant to be an emotional reading of the vacuous lines “I built my wall again, nothing going out or coming in/ Ignored the monster, the mess of words unspoken.” Drums fall in for what’s supposed to be approximate drama. While there’s a build in the music, though, it’s devoid of passion. Instead, TW whines with still more self-sympathy, going on to croon, “On the surface, the nonsense, the meaningless/ The air surrounding might choke us both.” Just plain silly.

“Masked,” on top of taking forever to begin, as TW indulges himself on percussion, never really goes anywhere. It switches from his breathless chanting to a brisk kind of wail, but the only thing really happening is someone’s deft ear at the control board. The crisp quality at the verses shows considerable skill.

The stilted “Here Tonight” is mawkish tripe. For instance, “Sinking and sinking further from the surface/ Subconscious at first, it wasn’t on purpose/ Under my own conniving sea/ In any other ocean I hoped you find me.” With the inane chorus, “…and here tonight/ I promise I’ll make it alright/ We’re here tonight.” Teenagers don’t even go for such simplistic, adolescent against in a song. And this is exactly the sort of pervading sophomoric nonsense listeners are expected to mistake for poetic lyrics on this disc while the singer waxes maudlin.

TW is Tony Williams, formerly of Staija, this being billed as a “new acoustic rock project.” He wrote all the songs and played all the instruments—guitar, bass, keys and drums. Destined To Be Real is produced by Colt Leeb and TW and engineered by Colt Leeb at Master Mix Studio.