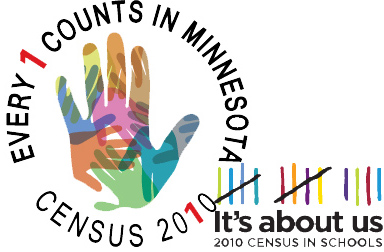 From all indications, we can’t take the need for an accurate count of all our state’s residents too seriously. At stake could be the millions of federal dollars and, ultimately, the strength of our representation in Washington DC. An undercount could reduce the size of Minnesota’s Congressional delegation: we’re on the cusp of losing one of our eight seats in the House of Representatives if our real numbers fail to meet the threshold – as few as 1,100 people undercounted. [Audio below]

Many communities – especially students and suspicious minority and immigrant communities – are badly undercounted – and for good reason: few people trust the government. Period. Advocates and community representatives are scouring neighborhoods for every person to complete the Census form when it arrives at each household, especially in the Twin Cities where many new Americans and minority community people may need convincing that this is an important time to be counted. Meetings are held. Jobs offered. Speeches made. An all-out campaign to be included.

TTT’s ANDY DRISCOLL and LYNNELL MICKELSEN explore the issues and why this decade’s Census is one of the more critical in our state’s history.

(St. Paul’s Angela Burkhalter was scheduled, but failed to appear)