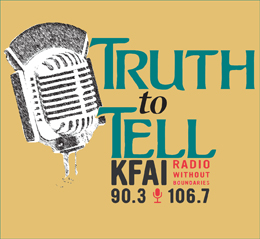 Year-end recaps are de rigueur and we’re no exception. This week, we present a pot pourri of topics – mostly on the status of our ever-shifting media landscape around here and elsewhere. A year – a decade – of stories censored by mainstream media, a battle between consumers and providers of cable, television and broadband Internet services (who’s in charge here?); a merger that could add to the glut of vertical ownership of media carriers and content producers, plus highlights of 2009’s major stories will be dissected by some local and national observers of the passing scene. Whither go the big guys around here? Newspapers, broadcast, cable and online journalism continue to collide over costs and consumers. (Audio below)

Plus, we’ll get an update on the third squabble between the massive Metropolitan Airports Commission and the modest shoeshine enterprise struggling for survival under crushing pressure and we’ll hear about local preparations and representation at the Gaza March for Freedom on New Year’s Eve.