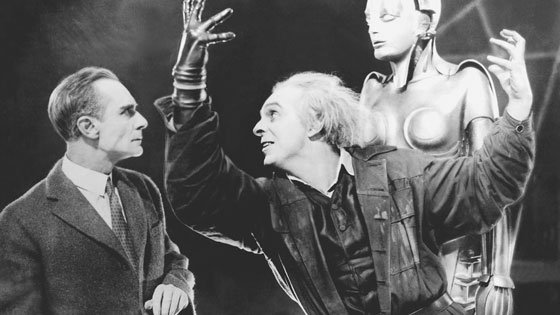 The Trylon Microcinema opened five years ago this July with a sold-out series of Buster Keaton comedies. In the years since, the Trylon has won accolades for its cozy, intimate atmosphere and its programming mix of classic, foreign, and art-house films and—just so things don’t get too serious—a healthy dose of trash films.

This month, the Trylon celebrates its fifth birthday with a month-long silent film festival, highlighting films both famous and obscure, including a couple of Buster Keaton films. Each weekend in July, the Trylon features a different silent film, with live musical accompaniment at each showing.

The festival ends with a weekend of Buster Keaton on July 25-July 27, pairing Keaton’s western-themed comedy Go West with one of his earliest short comedies, The High Sign. The Rats and People MN provides musical accompaniment.

The Trylon grew in part from the demise of the Oak Street Cinema, a much-loved Stadium Village revival house that weathered many challenges in the mid-2000s but finally closed in 2009. The Trylon’s repertory programmer Barry Kryshka worked at the Oak Street for several years and met many of the Trylon’s founding volunteers there. In 2006, Kryshka and a small, dedicated group of film lovers started the nonprofit Take-Up Productions, driven by their passion for showing classic and unusual movies to Twin Cities audiences on a regular, year-round basis.

By 2009, the group had raised enough money to rent space at 3258 Minnehaha Avenue South in Minneapolis’s Longfellow neighborhood.  The group built a theater, projection booth, and concession stand and outfitted the theater with a 20-foot screen and fifty extra-comfy rocker seats. Going for a retro, art deco vibe, the group chose the name Trylon in honor of one of the centerpieces of the 1939 World’s Fair in New York, a 610-foot spire that became an icon of sleek modernity in the Thirties and Forties.

In the beginning, about a dozen volunteers showed films at the Trylon on Fridays and Saturdays only. The Trylon crew has grown to over thirty hard-working volunteers, and the theater now shows films six nights a week, with additional showings sponsored by Take-Up at the Heights and Riverview theaters.

As the Trylon celebrates five years, its founders aren’t just looking back at past accomplishments. They’re also looking ahead. One immediate need they foresee is digital cinema projection (DCP) capability. Trylon programmers still consider 35mm projection their first, preferred choice, for its warmth and its connection to moviegoers’ original experiences of classic films, and they’ll continue to show films in 35mm format whenever possible. However, they’re facing the reality that theaters across the country are converting to DCP, and more and more classic, interesting films are only being made available in DCP format.

To keep up with these industry-wide changes, Take-Up Productions is raising money to purchase digital cinema projection equipment for the Trylon. The goal is to install digital projection by Summer 2015.  Take-Up’s fundraising website for the campaign can be found at http://www.razoo.com/story/Take-Up.

On Wednesday, July 16, the Indeed Brewing Taproom at 711 15th Avenue Northeast in Minneapolis is also hosting a benefit for the Trylon, with The Rats and People MN accompanying Buster Keaton’s The High Sign at sundown. The taproom is open from 3 pm-11 pm that day, and all the taproom’s profits from the evening go toward the Trylon’s fundraising efforts.

For the Trylon’s anniversary film showings this July, moviegoers can expect a memorable cinematic experience. If they’re lucky, they may even find themselves sitting right next to the musicians.

The Trylon is located at 3258 Minnehaha Avenue South in Minneapolis.  Its anniversary silent film showings run Fridays, Saturdays, and Sundays every weekend in July, and all seats are $10. Check Take-Up Production’s website at take-up.org for showtimes and details on the series.