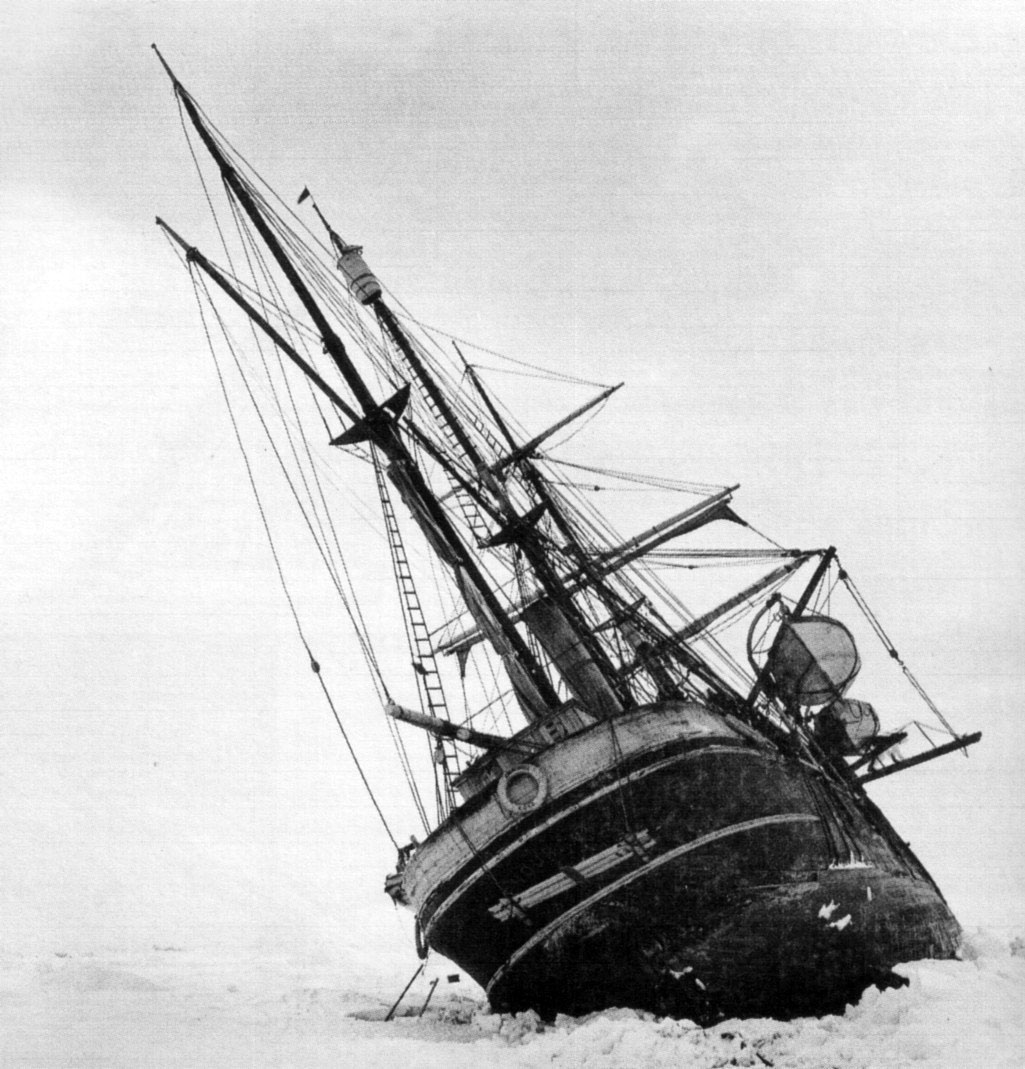 Just in time for the Twin Cities’ coldest month of the year, the Trylon will screen the rare 1920 silent documentary Endurance (aka South) the weekend of January 9-January 11, 2015. The film, compiled from historic footage shot by expedition photographer Frank Hurley, documents the epic survival story of Sir Ernest Shackleton’s attempt to be the first to cross Antarctica from coast to coast. Local band Dreamland Faces will accompany the film with an original score.

We Minnesotans like to think we’re pretty tough when it comes to surviving winter, so it can be humbling to contemplate Sir Ernest Shackleton’s 1914-1916 Imperial Trans-Antarctic Expedition and their ill-fated ship the Endurance.

Thanks to bestselling books, documentaries, and even a 2002 biopic starring Kenneth Branagh, the Endurance team’s ordeals have now passed into popular legend: Trapped on wind-scoured polar pack ice for months, their ship crushed to splinters by the shifting ice. Forced to subsist on seal and penguin meat and eventually, their own much-loved sled dogs. Battling icy seas, sub-zero temperatures, and hurricane-force gales to get to safety. Astonishingly, the expedition made it back to civilization without losing a single man.

Trylon repertory programmer Barry Kryshka says the original impetus behind this showing of Endurance/South wasn’t to celebrate all things cold. He was motivated instead by his desire to work with distributor Milestone Films to show a silent film on 35 mm. The vast majority of silent film restorations are now being released digitally, making 35 mm prints harder to obtain; the Trylon itself is bowing to the digital trend and installing a cinema-class digital system in early 2015 after a lengthy capital campaign.

“I’m super excited about the many more films we’ll have access to,” Kryshka noted, “but it’s great now and then to hear the [projection] machines whirring away when we run film.”

Kryshka also liked the prospect of working again with Dreamland Faces, a band that has accompanied many other silent films at the Trylon and elsewhere.

Scoring this film has been an interesting challenge for Dreamland Faces, who have focused primarily on accompanying comedies this year. Endurance photographer Frank Hurley didn’t tend to impose a narrative on his footage, so the film ends up feeling more like a nature documentary than a dramatic adventure tale, according to Majewicz and McCormick. The lack of an imposed narrative makes the film a more authentic, timeless historical document, but it also makes the film a bit more challenging to score.

Hurley was also hampered as a documentary filmmaker by the expedition’s struggle for survival. After the ship broke up and sank, Shackleton ordered hundreds of Hurley’s glass photographic plates smashed, because it simply wasn’t practical for the men to try to carry them all.

“They had to destroy them because if they left them, [Hurley] would go after them. He’d already jumped in the water after some plates that had fallen in,” McCormick said.

After the ship broke up, Hurley had to rely on a small portable camera and drawings created by the ship’s artist George Marston to document the rest of the journey. He did go back later to shoot supplementary film footage of wildlife on Elephant Island, where most of the crew spent a grueling four months while Shackleton and a five-man crew sailed a lifeboat toward the nearest inhabited island in search of help.

Because so much footage and so many stills had to be abandoned, the film leaves out many of the ordeals the men faced after the Endurance sank.

“It’s very incomplete. All the hard, miserable stuff gets glossed over,” said Karen Majewicz. “I noticed that when we were playing really ominous music when the ship is about to break, everybody’s just standing around watching the ship. Without the music, it just looks like a bunch of guys standing around.”

For Majewicz, the music the band has added helps convey the peril of the expedition’s situation in a way the images alone cannot.

For the Trylon showings of the film, Andy McCormick will be on upright bass, though he may also play some wind sound effects on synthesizer, something the band has been experimenting with in rehearsals. Frequent Dreamland Faces collaborator Philip Potyondy will play cornet, and Majewicz will be on a free-bass accordion, which has a more minimalist, more organ-like, less “oompah” sound than a traditional accordion, as Majewicz put it–a sound she feels is more suited to the spare, stark setting of the film.

For Karen Majewicz, accompanying Endurance/South has been an opportunity to fully embrace winter cold and learn more about the Shackleton expedition.

She noted with a laugh, “I’ve been trying to convince the band members to go on the Shackleton diet with me. Starting the 1st, all we’ll eat is maybe tinned fish, hard crackers, and I guess, whiskey. I’m going to try to bring in some hard crackers for the audience. I asked if we could bring in whiskey, but they said that might not work.”

Even if attendees have to rely on provisions from the Trylon concessions stand instead of whiskey and hard crackers, I suspect they’ll leave the theater with a new appreciation for this chapter in exploration history–and a healthy bit of perspective on their own wintertime sufferings.