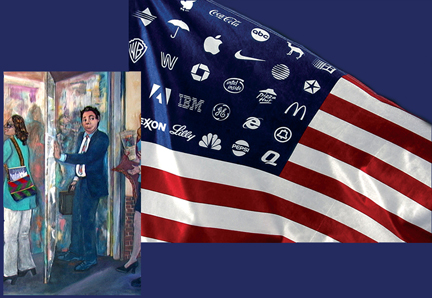 The cozy conclave of legislators and the insider baseball played by regulators with those they regulate have become the engine driving too much of our state, local and federal policies and public largesse. Nothing is so effective for corporations and trade associations as hiring a former Congressman, state legislator or government official to walk right back into the hallowed halls where they once served and lobby their former colleagues for special consideration for their companies and clients. (Podcast below)

Consumer and public interest advocates have tried for decades to remove this cushy perk from the balance scales of public service. Why should a regulator actually regulate if that regulator can simply bide his or her time before retiring and take all that insider knowledge and all those relationships to a lucrative private job or contract with the very polluters or health hazards or gambling operations they were supposed to be monitoring and corralling into compliance?

A bill that would prohibit this rotation within two years of leaving an elected office or government job is again under consideration this legislative session. We’ll talk about its chances and about examples of how imbalanced the system becomes when the public interest is subverted by such inside games. And we’ll talk about the impact of Citizens United v. The Federal Elections Commission, the Supreme Court ruling granting corporations the right to campaign for and against candidates for public office.

TTT’s ANDY DRISCOLL sits down with public interest advocates who have fought this revolving door syndrome for a generation and with at least one former official who has benefited from the system.