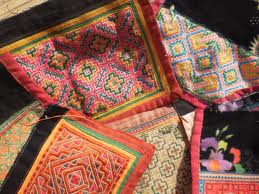 This paper is written in reaction to the 18 Clan Council’s decision to re-negotiate the bride price and to those who are not aware of why there is a bride price in the first place.

Before I go into the symbolic nature of a bride price in the Hmong culture, it is important that you all know who I am. I am a Hmong woman, a daughter, a wife, a nyab, and a mother of a spunky little girl as well as two wonderful boys. I am an activist and a feminist. I am in a doctoral program in psychology and started researching my culture years ago in order to help other therapists understand the nuances in the Hmong culture and thus better council my people.

It appears even members of my community have forgotten the reasons behind traditions like the bride price, so I wish to share this with you all. Losing the meaning behind the practice of paying a bride price has affected the self-worth of Hmong women everywhere, hence the reason I have decided to write this.

We get so caught up in acting out traditions; we lose sight of why we have them in the first place.  The concept of a bride price stems from the very fabric of our culture. Here in the United States, we are confused by western standards and view it as selling our daughters. This is a mistake.

Traditionally, Hmong people believe in the existence of spirits, both good and bad, and in ancestral spirits otherwise known as Dab Qhuas.  Each clan has their own dab qhuas that protects them and brings them good fortune. When there is illness, or a streak of bad luck, Hmong people ua neeb or hu plig to appease the spirits or settle any disagreements in the spirit world to solve these issues. This information is important to know because when a daughter gets married, she will move in with the groom and his family. Due to this, it is believed that the daughter’s spirit will no longer be protected by her birth family’s dab qhuas, thereby requiring the groom’s family to take her in under the protection of their dab qhuas.

From the beginning of time, Hmong parent’s loved both their daughters and sons the same. However because of the structure of the culture, parent’s believed they would lose their daughter in a spiritual way once she is married.

When the groom asks for their daughter’s hand in marriage, he and representatives from his family approach the bride’s parents and promises them that they will love and care for the bride as if she were their own. There is no guarantee that their daughter’s new family will love her, treat her with respect, or cherish her. There is no guarantee that they will not dis-respect her, use her, or beat her. In order to remind the groom and his family of the promise they made on that day, the parents of the bride must demand something that is so valuable, that it would serve as a continuous reminder to the groom and his family. In the beginning this may have been done in offering livestock or gold and silver bars. Not too much or they might handicap their daughter’s new family, but not too little or the groom’s family might not honor their promise.

Through time as the meaning behind this practice is lost, the price has been adjusted to meet demands of possible ulterior motives. It has been abused and misused in our culture, and women have been mistakenly viewed as property, therefore treated as such in some cases and in other cases, women begin to believe they are.

The bride price symbolizes a promise to always love and protect. It serves as reassurance to the bride’s parents that the daughter they love with all their heart will be in good hands. Lowering the bride price significantly would be disrespectful and goes against the entire reason for it in the first place. If we wish to keep our cultural beliefs, if we do not want to lose our younger generations to the western culture entirely, we need to find the real meanings behind these practices and honor them, not change them for some side benefit. If the older generation fails to value the purpose of traditions like the bride price, the younger generations will mis-interpret them and they will just leave those practices behind.