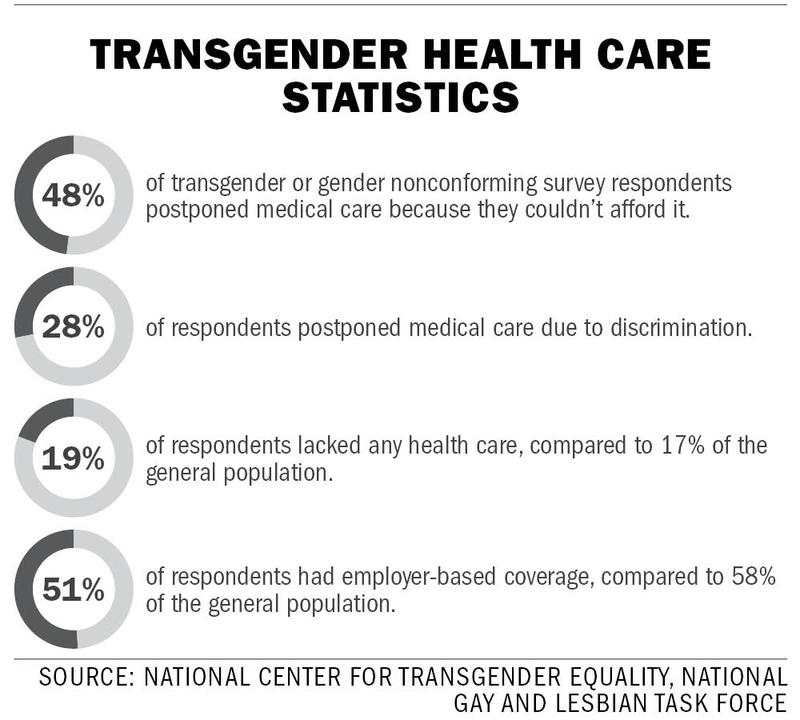 Proponents are advocating for equal access to health care for transgender individuals, like coverage of hormone treatments and gender-reassignment surgeries, said Gabriel Haaland, a vice president of Pride at Work, a nationwide group of LGBT union workers, which is sponsoring the event.

For the first time this year, the University’s student, faculty and staff health plans offer trans-inclusive care, according to University of Minnesota officials.

Pride at Work and other groups are educating union members nationwide, asking them to pledge to bargain for transgender health care through contract negotiations.

In a 2011 survey of transgender individuals, 51 percent of respondents said they had some sort of employer-based coverage, but Haaland said many employee health care plans aren’t trans-inclusive.

They screened a documentary about transgender health and hosted a panel discussing the connection between the LGBT labor movements, said Alex Iantaffi, a University Program in Human Sexuality assistant professor who spoke on the panel.

“There’s a lot of really amazing people in the labor movement here,” said Raechel Tiffe, a University doctoral candidate in communication studies and one of the students who hosted the kick-off event. “So it would be really cool to see that effort being made.”

Labor unions have historically fought for LGBT issues — like domestic partnership benefits — so including the workforce in the conversation seemed logical, said Cherrene Horazuk, president of the American Federation of State, County and Municipal Employees Local 3800 for University clerical workers.

“I think the labor unions need to be more visible as leaders in the fight for trans-inclusive health insurance,” Horazuk said. “I think it’s not at the top of people’s awareness, but it fits within the principles of the labor movement.”

Haaland said he hopes the campaign will continue beyond this month, and the coalition will continue to provide resources for those interested in bargaining for trans-inclusive health care.