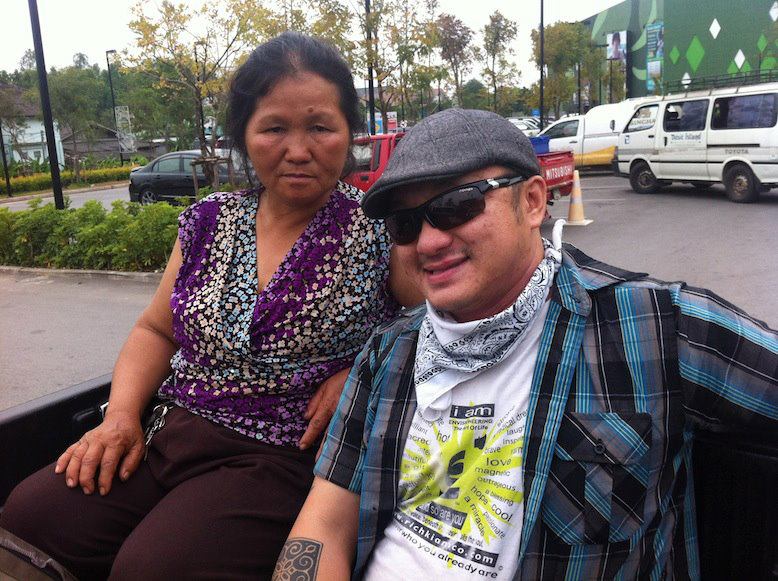 I was born in a refugee camp in Thailand. My family moved to Syracuse, New York when I was two months old, and I grew up there until I was 12, when we moved to St. Paul. I’ve lived in St. Paul ever since; I’m 33 years old now.

I’m a spoken word artist and a hip-hop MC. I’ve been involved in many different projects. Initially, my brother and I were in a hip-hop duo called Delicious Venom. We were known for doing work on human rights, including  “30 Year Secret,” a song about the Hmong who were massacred in Laos after helping the United States.

I’m very fortunate to have grown up in a scene that allows opportunities to give back and stay connected to the community. I’ve been visiting schools for ten years now; there have always been teachers who reached out to me and gave me those opportunities. Teachers and schools here have always been open to having spoken word and hip-hop in the schools. The first was at Prosperity Heights Elementary School—a teacher approached me at a spoken word show and asked me to visit her school. At that school, a student got inspired to be a spoken word artist. He’s now in college, working on social justice issues.

There are also COMPAS and the East Side Arts Council—I live on the East Side of St. Paul. I have peers who I look up to: people like Toki Wright as a hip-hop artist and Desdamona as a spoken word artist. Spoken word artists like Bao Phi and Ed Bok Lee have always been visiting schools and doing community work, and I’ve been proud and inspired to be a part of that.

When I was first performing as a hip-hop artist, we were invited to be part of the Twin Cities Hip-Hop Festival, a positive multicultural movement. That’s a festival that’s not currently active, and I’d like to see more of that type of event, with many different hip-hop artists coming together and bringing communities together. I’ve been working with Justin Schell, Maria Isa, and M.anifest on a project in that spirit called We Rock Long Distance. Hip-hop artists have bases in their own communities, whether those communities are Mexican or Hmong or Somali, and if there were more ways to get those communities connected to the overall scene, that would be great.

I’m currently involved in a project called Spoken Remedies through St. Paul Public Art; we’re having youth who live along the Central Corridor, from Cedar-Riverside to Frogtown, from Somali to Hmong, come together to do spoken word about their experiences. It’s great when artists from different backgrounds get together to share their experiences, and I’d like to see that become more intentional.

Because Minnesota has become a new home to many immigrants and refugee groups in the last 30 years there are many interesting stories to be told. I believe that being inspired by artists from backgrounds such as newer immigrant and refugee communities in Minnesota telling their own stories gave me the motivation to explore my own cultural history. There are also opportunities for artists in Minnesota to receive funding like when I received the Jerome Travel Study Grant in 2007. I was able to travel to my birthplace in Thailand and live amongst Hmong people in villages up in the mountains of Southeast Asia.

I realized that my relatives living in other parts of the world can’t understand my lyrics and poetry in English; but I also realized that through social media such as YouTube, Hmong college students in Thailand were becoming aware of our music in the U.S. I then thought of the idea to create a Hmong language hip-hop album with a wider scope to reach out to the diaspora of Hmong dispersed throughout the world because of war. This project is called Unified Worldwide. I plan to incorporate traditional Hmong instruments and poetry with hip-hop influenced instrumentals and to write content that is relevant to Hmong no matter where we are in the world.