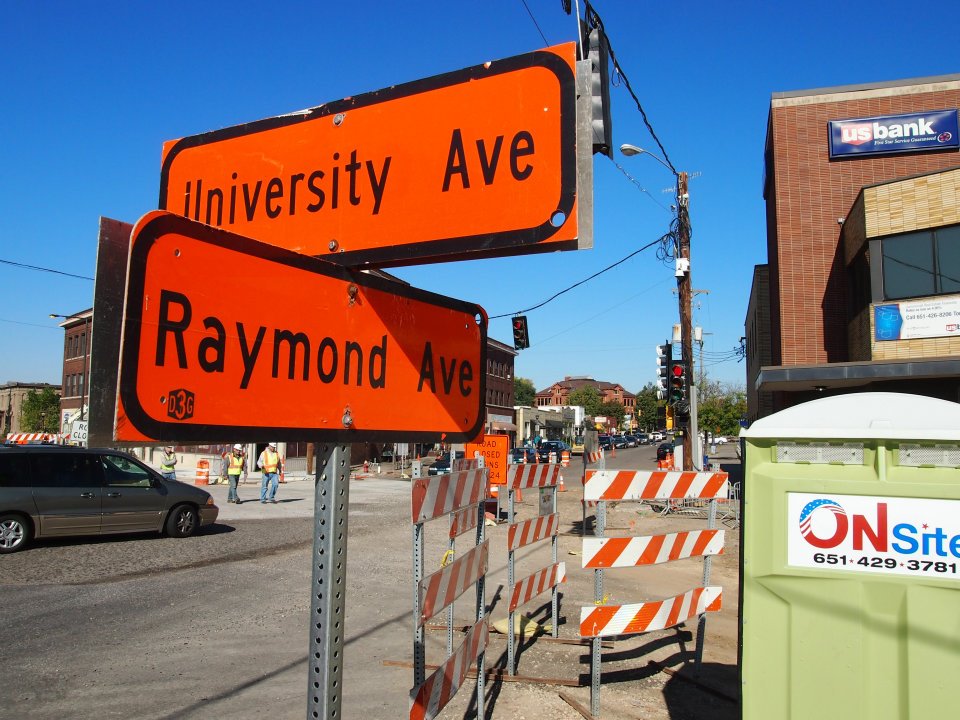 #1 Education | The top story for us was education, especially K-12 education in Minneapolis and St. Paul. We believe that education is one of the most important issues for our community (and our readers), and we covered (and will continue to cover) a wide range of stories, from our current series on the Minneapolis teachers’ contract to ongoing coverage of the achievement gap, Latino parents’ demands in Minneapolis, and an innovative teacher home-visit program in St. Paul.

#2 The Central Corridor | As construction ground on from March to December, coverage included business challenges, equity in hiring, and photos of progress.

#4 Tornado in North Minneapolis | From Day One through the clean-up and DIY volunteer efforts and continuing with the delays in aid and still-unfinished business of recovery, TCDP covered the tornado from the perspective of North Minneapolis residents.

#5 Occupy MN | The Occupy MN movement started in the Hennepin County Government Center plaza, wrestled with issues of where and what to protest, put up and took down tents, and occupied a foreclosed home, a number of TCDP reporters (and bloggers) followed the story.

#6 New Normal | Is increasing inequality “The New Normal?” asked one of the lead articles in this nine-month, Bush Foundation-sponsored series, which looked at how the recession/depression/recovery is affecting Minnesotans. From state economist Tom Stinson to Lake Street business people Julie Ingebretson, Manny Gonzales, Jamal Hashi, and Ruhel Islam, Minnesotans talked and talked back about their lives in the New Normal.

#7 Health care | Lack of health care still plagues many Minnesotans, and continuing budget cuts and changes in the health care delivery system often slide under the radar. We tried to bring the personal stories to the policy issues, introducing readers to Brian Sullivan, “still stuck” waiting for Medicaid, to Betsy Davis, who adopted four special needs children and now sees the promised assistance cut off, and TCDP writer Karen Hollish, who told her own story of why “I owe my life to MinnesotaCare.”

#8 “Very big lie” about terrorism in Ramsey County | 2011 brought the final chapter in the story TCDP has been digging into for more than a year: former Ramsey County Sheriff Bob Fletcher’s claim that he investigated 33 terrorist groups. The sheriff’s office resisted all public information record requests until he was defeated by current Sheriff Matt Bostrom. At that point the story evaporated, with the revelation that Fletcher’s vaunted “Terrorism Briefs” never existed.

#9 MPS hires Don Allen to do PR | Despite foot-dragging on public information requests by MPS, Sheila Regan followed the story of the MPS contract with a vitriolic and frequent critic they paid to do public relations work. As she noted, “The bigger issue is how the Minneapolis Public Schools contract system works. How does MPS decide where public money should be spent? How does it choose the best contractor for the job? How do individuals and organizations in the community find out about contract opportunities? Who makes the contract decisions for MPS? How much information and oversight does the Board of Education have?”

#10 Race and the court system | We continued coverage of Gangnet as the program (finally) shut down, as well as the success of juvenile detention alternatives  in reducing the total number of youths in detention in Hennepin County, though racial disparities continue. We also covered the less-publicized story of disparities in foster care placement for American Indian and African American children.