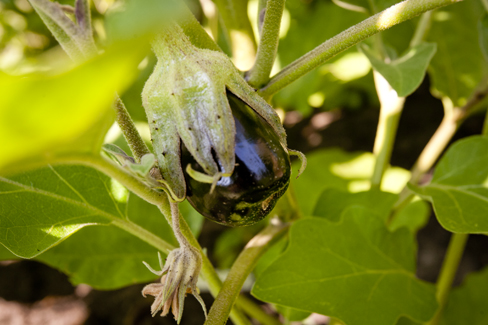 It may seem like petty theft, but to the people who till, plant and weed their tiny community garden plots, the loss of their vegetables to thieves is both monetary and emotional.

Started as a way to encourage urban agriculture and to get healthy food into lower income city neighborhoods, community gardening is popular in the Twin Cities. Many of the gardens are located where fresh, organic vegetables are often hard to find. The garden plots are on vacant land, either privately or city owned, and gardeners pay a small rental fee. A lot of sweat equity goes into the gardens, but the rewards go beyond the dinner table. Gardeners say that the gardens create strong ties with each other and their neighborhoods.

But, those ties go only so far. Thieves are targeting community gardens, sometimes in organized groups, and stealing the produce, often in broad daylight.

The problem is not a new one, according the Kristen Saylor, the Executive Director of Gardening Matters, the local “go-to” community gardening resource organization. “There’s random picking, but the most egregious are the grocery bag thefts. People come in to harvest to their heart’s content.”

“I got a report this week,” said Merle Greene, coordinator of the Eleanor Graham Community Garden in St. Paul. “One of our gardeners was growing tomatoes and she said that she’s given them one more day to ripen. She went to pick them and they were gone. The hardest part is when someone cleans out one plot. Then, other gardeners will help by sharing their produce.”

Greene said that their garden has problems every year. “We see people doing it and come up to them and ask, ‘Is this your plot?’ But we see the same people coming back, so they know for sure it’s not a free public garden. We explain how to get a plot of their own, but they’re not really interested.”

Greene said that her group never confronts people or calls the police. “You’re setting yourself up for vandalism if you do,” she said. “Mostly, people just move on.”

Despite problems with theft, Z. Lu Alexander farms a plot at the Oxford Dayton Community Farm, next to her St. Paul home. “They come by the carload,” she said of the thieves. “People would come like they were shopping. Drivers stay in the car and people would grab what they could and take off. It’s a terrible secret. No one is talking about it.”

Unlike Greene, Alexander has no problem confronting the people who steal from her community garden. “I told a man who was taking stuff that there was a food shelf two blocks away and he screamed at me,” she said. Once, she called the police. “They responded quickly, but by that time, the kid had taken off,” she said. “I don’t feel like doing all that work to have people come shopping,” she said.

Saylor said she doesn’t think that most people who steal from community gardens are people who are destitute. Alexander’s community garden includes four garden plots where the harvests are given free to those in need. Greene’s gardens grow produce sent each week to a woman’s shelter. Pilfered garden produce means fewer vegetables to donate.

“Times are tough. There is a need,” Saylor admitted. But, she said, the garden plots set aside for those in need hasn’t stopped the stealing.

Ideas about how to stop the thefts are hard to come by. Calls for advice to the St. Paul Police media representative were not returned. The Minneapolis Police Department Crime Prevention had no answers, except to add lighting and fencing, solutions that community gardeners called prohibitively expensive. Community gardeners are trying a variety of ideas, but most aren’t very effective. 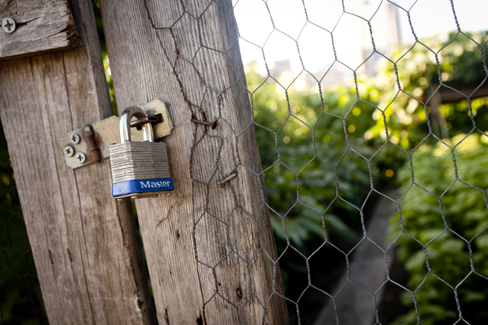 Photographer Aaron Hays observed padlocks on some individual garden plots, but said, “although I didn’t attempt to enter those specific plots, it would not have been terribly difficult.”

Greene’s group has talked about putting up signs to designate personal ownership of plots or to explain the hard work that goes into a garden.

Alexander has gone so far as to change her way of gardening. She now has 13 raised growing beds in her front yard to grow the vegetables that might attract thieves if they were grown in her community plot. “I changed the garden plot into strawberries, garlic and raspberries. I use the strawberry leaves for tea and don’t care who steals the fruit. The raspberry bushes are too full of stickers and the thieves don’t know what the garlic is,” she said.

Saylor tells gardeners to change the layout of their plots. “If you plant in rows, someone can get all the carrots, or broccoli. Or, plant things that people aren’t familiar with, keeping your favorites inside the plot so it’s not handy for thieves.”

Saylor said that she hopes that Community Garden Day, scheduled for Aug. 11, will help stop the damage and connect the gardeners with people in the surrounding community. “We fling open the garden gates and invite people in. There are fun activities for kids, food tasting, classes and workshops,” she said.

“The garden itself won’t survive if we’re only thinking of ourselves,” she said. “You can use strategies, but in the end we want people to participate and we want to make it open and inviting. We know that there are health and economic benefits, but it’s hard to put a price tag on a community.”