Whenever Title IX is discussed, at least two opposing camps face off: Either “It killed men’s college sports” or “It just isn’t needed anymore” takes center stage. Although the 40-year federal law is mainly seen as an athletic law, it’s more than just sports according to U.S. Education Department Assistant Secretary Russlynn Ali.“In the 36 words that is Title IX, the words ‘sports’ and ‘athletics’ [are] nowhere in it,” says Ali. “I think it is safe to say that great progress has been made under Title IX, but we still have some issues facing girls of color.”

Ali strongly believes girls of color should be “benefiting at the same rate” as White girls. “There still exist an achievement gap and opportunity gap for African American and Latino girls between them and other students, including White girls.”

She cites such issues of concern as school suspensions. “African Americans are far more likely to get disciplinary sanctions… Black girls have a higher rate of suspension than White boys, Asian boys and Latino boys. We need to inquire more into why this exists,” notes Ali, who says her department “is vigorously enforcing” Title IX, especially at U.S. colleges and universities.

“Black girls have a higher rate of suspension than White boys, Asian boys and Latino boys. We need to inquire more into why this exists.”

“We are doing that on issues that never have been done before in the world of athletics,” she continues. “We are dealing with issues of sexual violence — anywhere from one in four to one in five young women on our college campuses are subject to sexual assault and violence during the course of their college career.”

This problem isn’t isolated at the collegiate level — Ali points out her department’s relaunch of an investigation at a California school district of a young girl raped by multiple persons at a homecoming dance several years ago. 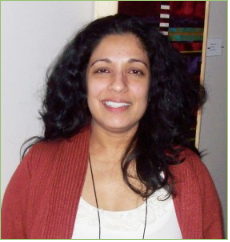 “We are seeing a pervasive and disturbing pattern across the country” of sexual violence against girls of all ethnicities, she says.

Chaudhry expressed concerns that data breakdown by race aren’t readily available or even being complied. “We know from the general research that girls of color at the high school level and women of color at the college level are not getting enough opportunities” compared to White girls and women, she says.

“We know that there are urban areas and other places where there are barriers, whether it is lack of access to fields or income disparities,” adds Chaundry.

A January NWLC report on gender equity in athletics in elementary and secondary schools found that nationwide there are 1.3 million fewer chances for girls to play high school sports as compared to boys. The report also found that less than two-thirds of Black and Latino girls play sports as opposed to over three-fourths of White girls that do.

“I think we really need to figure out what can we do, especially where there are barriers, to encourage participation and remove those barriers for people of color,” says Chaundry, who says that cuts to extracurricular activities in urban schools aren’t helping.

Finally, as for those Title IX opponents who constantly harp that the law kills more men’s sports in college, that simply isn’t true: U.S. Civil Rights data prove otherwise, states Ali. “OCR [the Office for Civil Rights] certainly disfavors any idea that you would cut a men’s team in order to comply with the law,” she states.

They get no respect…

Since the month-long WNBA Olympic break began last week, the Minneapolis daily newspaper has not printed the league’s regular season standings and has barely mentioned the area’s only first-place club, the Minnesota Lynx, in its daily sports section. It’s a safe bet that the paper didn’t omit the Minnesota Wild or the NHL standings during its Winter Olympics break.

Just another Rodney Dangerfield treatment of women’s pro sports in this town by that newspaper.