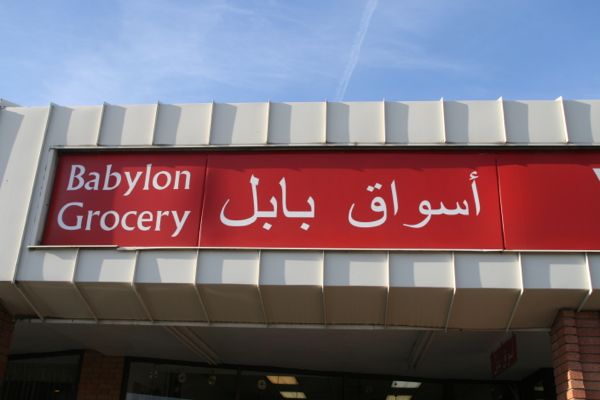 (All photos by Stephanie Fox)

So, where do you go to find what you need to make classic Iraqi meals? For the last two-plus years, the place to go is the Babylon Market.

I’ve been to dozens of ethnic markets in in the Twin Cities and elsewhere and have found that the people working in these markets love to talk about their stores and their foods. But the manager (co-owner?) of the Babylon didn’t seem to want to talk to me. He said his name was Hash, but wouldn’t tell me his last name. There was no real language barrier, and I still don’t know why he was so taciturn. Maybe he’s not a people person. Nonetheless, he runs a great store filled with some foods I hadn’t seen elsewhere in the Cities.

I did manage to get some small bits of information from Hash. The store’s biggest sellers, he told me, are rice and bread. There’s also a wide choice of teas, which have an essential place in Iraqi culture.

Some shelves are piled with whole-grain cracked bulgur wheat. A staple, it’s found in the old country in two forms: finely ground (köftelik bulgur) for making tabouli-type salads and coarse ground (pilavlık bulgur) for making pilafs. In the United States, bulgur is sold in four grinds, #1 – fine, #2 – Medium, #3 – coarse and # 4– extra coarse, listed by their number in recipes. 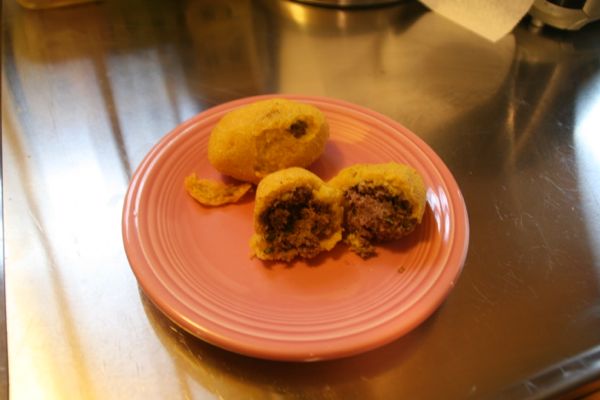 Kubba Halap, a filled dumpling, is available frozen and ready to cook.

Fine bulgur, #1, is used to make kubba (AKA kibbe), a meatball wrapped in a bulgur crust. This is one of those national foods with a thousand variations, sparking a thousand arguments about what’s authentic and what’s not.

The Iraqi version of kubba is called kubba halap, named after the Syrian city of Aleppo (much in the news as of late) where it originated. Instead of using wheat, the Iraqis use rice flour as a wrap. Eaten to break the fast during Ramadan – but good anytime ­– these meatballs require labor intensive preparation.

Of course, if you don’t have the time, the kubba halap, as well as other kubba and kabob classics are available in the freezer section. Pop them in a hot oven for a few minutes and you have a lovely light meal with some soup or salad on the side. The crust is slightly crispy and slightly chewy and the beef inside is finely ground, juicy and mild.

There are also lots of other the hard-to-find ingredients including bags of dried lemons popular as a flavoring in Iraq and other Mid-East Gulf States. “It’s for soup, you know,” Hash told me. “It tastes good.”

Babylon Market is small, but it’s easy to find. It’s located in the Holly Center at the corner of Mississippi Street and University Avenue in Fridley. Look for the big red sign in English and Arabic. 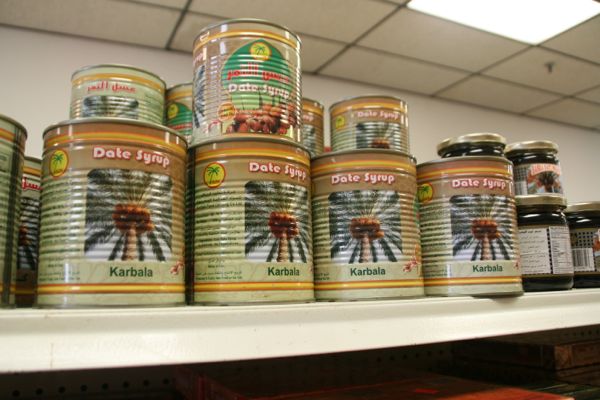 Date syrup from Karbala, Iraq. Some claim it’s a low-calorie health food but there’s 100 calories in a tablespoon. It can be used like honey or maple syrup or in more exotic recipes. 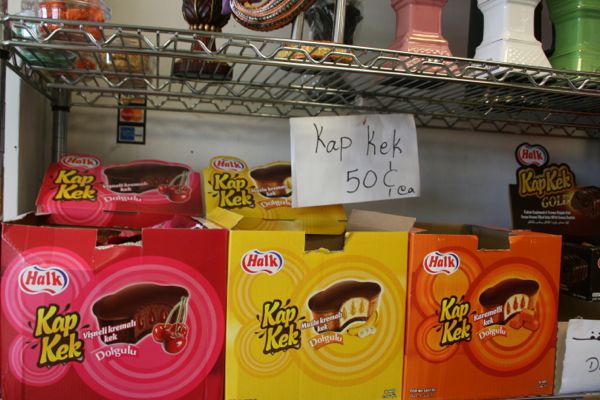 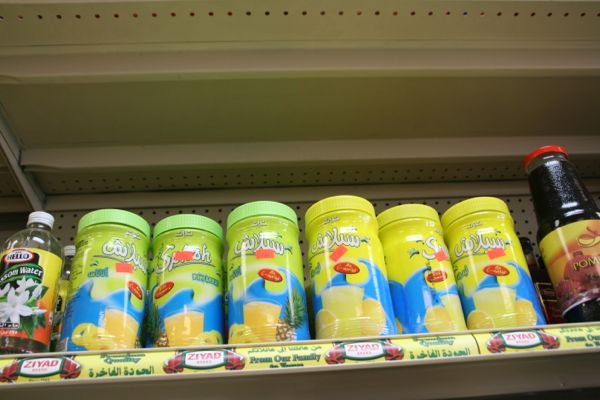 While this Middle Eastern version of Tang may not have gone to the moon, it’s refreshing on a hot desert day