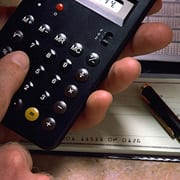 Minnesota’s near-term fiscal future is likely to go in one of three possible directions.

Sen. Dayton’s narrow lead over Rep. Tom Emmer has triggered an automatic recount in the governor’s race. If Dayton’s lead holds and the State Canvassing Board certifies him the victor on December 14, the Emmer camp could choose to file a petition challenging the election’s outcome. By the reckoning of MinnPost’s Jay Weiner, court challenges of the election outcome could delay Sen. Dayton’s swearing in as the next governor “deep into the winter.”

This would allow Governor Pawlenty to remain in office into the term of the new legislature. With Republican control of both the House and Senate, a “no new tax” resolution to the state budget deficit could be pushed through and signed into law by Pawlenty. Based on the policies supported by Pawlenty and other anti-tax politicians, this could mean:

Such an outcome might represent a fiscal nirvana for anti-government proponents, although it could be a pyrrhic victory. Eight years of “no new tax” policies have corresponded with a deterioration of Minnesota’s economic performance relative to the rest of the nation.

Assuming scenario #1 is averted, the stage is set for a conflict between Republican legislative majorities and a DFL governor with clearly divergent approaches to resolving the state’s budget deficit. Governor Dayton will be unable to enact a progressive income tax increase necessary to balance the state budget under the plan he proposed during the 2010 campaign.

The legislative majority will try to cut critical public investments, but won’t be able to override gubernatorial vetoes of these cuts. (The only way in which minority Democrats will have meaningful legislative input is to work with Governor Dayton to uphold his vetoes.) The result would be gridlock.

Gridlock would probably lead to policy outcomes that will not be to the liking of either conservatives or progressives. One possibility is a government shutdown, which would be bad for the state’s economy and quality of life. In the absence of a long-term solution to Minnesota’s fiscal dilemma, state policymakers are likely to once again turn to the relatively easy short-term fixes–specifically, shifts and accounting gimmicks. Rather than paying back education funding shifts as scheduled under current law, these shifts would likely be extended and increased, producing a one-time revenue infusion for the state at the cost of additional financial strain for Minnesota school districts.

Another possibility is the sale of state assets.

These accounting maneuvers will have two distinct disadvantages. First, they will not reduce the long-term gap between state revenues and expenditures, but will only kick the problem farther down the road for future state policymakers to address; the longer the state fails to address the root cause of its structural budget deficit, the more difficult it will be to solve.

Second, it will be nearly impossible to close the entire budget deficit through accounting shifts and gimmicks. Ultimately, it is difficult to determine how a stalemate between a progressive DFL governor and a vehemently anti-tax GOP legislature would be resolved. However, Capitol gridlock will likely be chaotic and detrimental to the state’s long-term interest.

The most pragmatic way to balance the state’s budget involves both revenue increases and expenditure reductions, which requires compromise.

The next biennium’s state general fund expenditures are currently anticipated to be $38.7 billion. During the 2010 gubernatorial campaign, all three major candidates proposed significant cuts to those expenditures. Senator Dayton, the apparent victor of that contest, will have to consider spending reductions beyond the $1.2 billion he proposed during the campaign in order to reach legislative compromise. Additional cuts in state agencies, reductions in poorly targeted forms of property tax relief, and elimination of some tax expenditures should be considered.

In exchange, House and Senate Republicans must give ground on their dogmatic resistance to all tax increases. Some state tax increases are certainly in order, given that (1) Minnesota has cut real per capita own-source revenue more than any other state in the nation since 2002 and (2) eight years of extensive cuts in public budgets has coincided with deterioration in Minnesota’s economic performance relative to other states. House and Senate Republicans’ flexibility on the tax increase issue would represent the triumph of informed pragmatism over reflexive ideology.

The divisions between the new legislative majorities and the man most likely to be Minnesota’s next governor are deep. As a result, debate during the 2011 session will no doubt be passionate and intense, if not rancorous. However, policymakers will only advance the state’s best interest when they ultimately recognize the need to compromise. It’s the only way at this point to achieve a balanced state budget solution for Minnesotans.