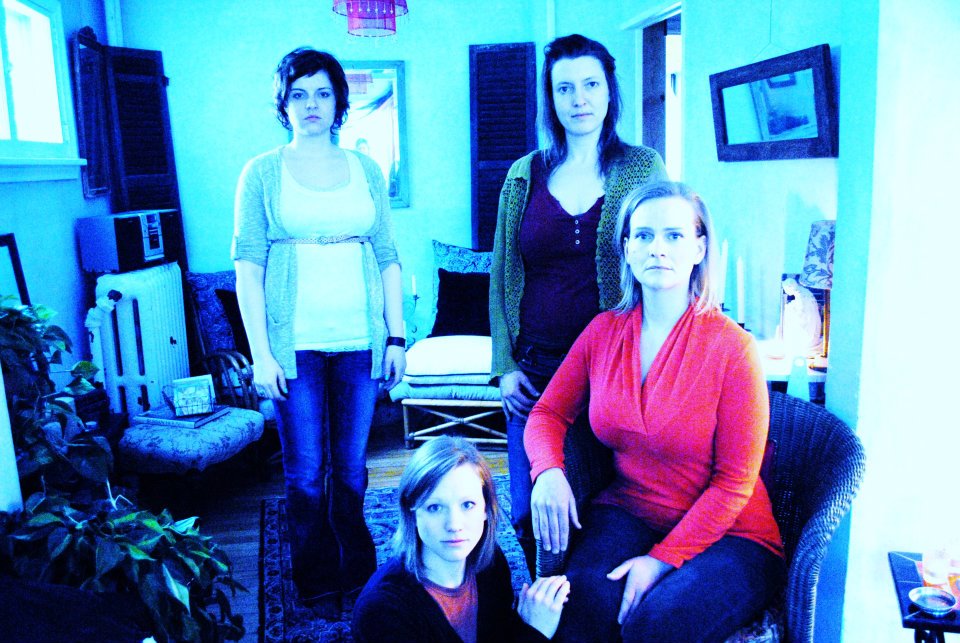 Any local production of Chekhov’s The Three Sisters can be considered a site-specific production, if you consider the state of Minnesota a site. The characters are bound to their town by family, friends, and property. Some are content with their lot, and others long to escape, but all are defined by the limitations imposed on them by their distance from the metropolis. If only they could go to New York—er, Moscow—their problems would be solved. Or not.

It was a cool but humid spring evening on May 4, and the eerie sunlight was still fading as Nightpath Theatre’s production of The Three Sisters began at Walker Community Church. It was apt that the church’s windows were open to the budding summer and dying day, a moment that captured the vertigo with which Chekhov’s characters struggle. Irina, a character who emerges as central in this production, is a young woman with her life ahead of her, but she’s resigned to let her fate fall down upon her like the steel trap that’s already encased her older sisters Olga and Masha.

It speaks to the depth and subtlety of Chekhov’s classic script that one’s idea of who, exactly, is the leading character in The Three Sisters can vary strikingly from one production to the next. Irena lands at the heart of this production largely because of the enormously compelling performance of Kara Davidson, whose Irena is touchingly naturalistic amidst a cast of characters who, under the direction of Maggie Scanlan, have stowed their inner lives behind unconvincing masks.

Natalya, never a sympathetic character, is played by Andie Olthoff as an outright grotesquerie, shrilly abusing her sisters-in-law. As Kulygin, Joey Metzger is a stammering doormat; in some productions, one feels admiration for Kulygin’s trustworthy nature, but Metzger’s Klygin invites little more than contempt. Faring better is Baron Tuzenbach, who Foster Johns portrays not as a shallow buffoon but a man who’s realizing ruefully that his good heart and charm will never be enough to win the love of Irena.

As for Irena’s siblings, Sheila Regan (a friend of mine, and a regular Daily Planet contributor) lets us see the deep well of existential desperation gaping in the soul of Masha, whose nostalgia for a more prosperous past can seem vain in some portrayals. Mykel Pennington’s Olga is a flatter character, a defender of the status quo who’s most animated when she’s pleading with Irina to accept the Baron’s homely hand. As Andrei, Tyler Stamm is handicapped by having zero romantic chemistry with the monsterous Natalya. Once he’s put a ring on it, this Andrei is effectively down for the count.

Scanlan and set designer Katie Phillips make superb use of the Walker space (excepting the ineffective and fortunately unobtrusive slide projections), making this overall a production that’s easy to recommend. It may or may not be your favorite Sisters, but it’s certainly a worthy one, and I hope an Ivey representative catches Davidson’s performance. I enjoy Girls, but these Sisters have a thing or two to teach Lena Dunham and company about twentysomething angst.