I became pretty quite irritated after reading the latest counter argument for the controversial Opus mixed-use development planned in Dinkytown. If you live in a cave, or haven’t been to the U since Goldy had angry eyes, a proposal is currently in line to replace what is now the building that House of Hanson, the Podium music shop, and the Book House are located in, along with the underutilized surface parking lot behind them. A group called Save Dinkytown opposes this project, claiming that it would alter the historic, small town characteristic that Dinkytown portrays.

The problem is, the group seems to be using a sense of scare tactics to get their point across (Dinkytown will NEVER be the same, and this project will cause 4th Street to COLLAPSE, and Bucky will rise from the ruins and destroy ALL that is good, and will steal Bunyan’s Axe FOREVER). 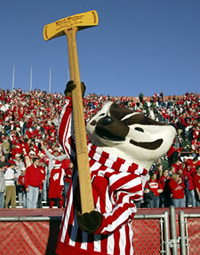 Is this what you want Dinkytown to become? Is it?

Obviously it isn’t that irrational (Except for the axe part), but the main problem I have with their efforts is that they are misleading and riling the public into believing false claims. The fact of the matter is, this development will be a positive thing for the U of MN area and, in a way, for the Twin Cities as a whole.

Although I wish the new apartments would be more affordable for the ordinary student like myself, they add much more than just a student stockpile. More than half of the land that the proposed apartment will lie is a drab, derelict surface parking lot, and the cherished House of Hanson building it will replace isn’t necessarily historic – it was built in the 1970′s. Although it has a somewhat solid storefront feel to it, the 1-story nature and pure brick facade it portrays makes it less architecturally pleasant than it’s surroundings. The proposed development keeps the brick, but adds more windows and storefronts, and thus creates a much nicer walking experience. 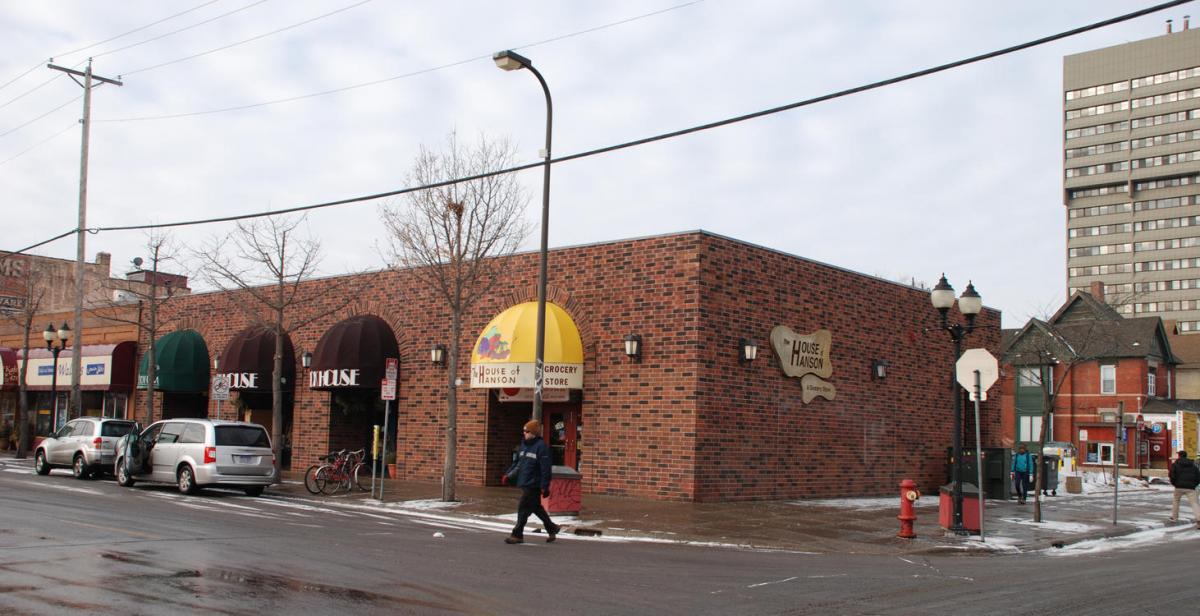 Which would you rather have in your city – a plain brick wall, or a more open feel?

Opus, the developer of the project who has already finished a very successful Stadium Village Flats on Washington Avenue, has given many plans to accommodate not only the surrounding businesses, but also the very concerned residents of the area.

So, before I ramble on too much, here are the 3 biggest negatively-implied misconceptions about the proposed development:

1) Myth: The parking will not be replaced, and will thus hurt businesses.

The Truth: There will be MORE parking in the complex than before in the form of both surface and ramp parking.

A big fuss in the debate is going towards the reallocation of parking for Dinkytown. Save Dinkytown has claimed that the parking will simply disappear; however, this is simply not true. As of now, the developer plans to add more parking that previously designed for to accommodate the concerned businesses. There are currently 120 parking spots in the entire subject lot, and there will be 138 slots when all complete, including 42 “pavement” slots remaining on street level. The remaining will be underground, and although some will be reserved for tenants of the building, most will still remain in the public zone.

It would be interesting to see a real technical occupancy survey done on this surface lot to see how many of the spots are actually occupied on an everyday basis. Although I don’t have that numerical data, I have never seen this lot come close to being fully occupied.

Another side note – It really is about time that Dinkytown is recognized for where it is geographically: in an urban area. Parking, especially in an urban area, can’t be super convenient if a lively street life is also to occur. In my opinion, the driving masses should start getting used to parking in the readily available large University ramp a block down the street, or start using other forms of transportation. I digress on that issue for now.

2) Myth: The owners of the property don’t want this to happen and don’t want to sell at all.

Truth: The stakeholders not only want to sell their property, but are wholeheartedly encouraging the development.

According to Hennepin County Property Records, there are 3 main stakeholders in this development deal: Laurel Bauer (Owner of House of Hanson, building, and surface lot), Susan Chilgren-Duffy (Owner of Duffy’s Pizza and surface lot), and Enjuno Investments (surface lot by Burrito Loco).

Bauer has stated that she wants to sell her property, and wants to see this type of development occur. Although seeing the House of Hanson go is fairly sad, Bauer has stated that the grocery store which will be placed in the OTEC complex currently under construction put her in an inevitable situation. Bauer has also said that she thinks Dinkytown needs to become more open to change, and that Dinkytown “will get left in the dust” if they don’t. She believes that the mixed-use plan is the best use for her property.

Susan Duffy also supports selling her property and seeing a new form of tax base come into the area. Within Duffy’s Pizza lies a decree of support for the project right on the counter where you pay for your slice. After talking with a late night employee last week, I received more information about Duffy’s supporting stance. Her land is valued more than she is currently making, and she was bound to close her business in the near future, regardless if the development plans went through.

Enjuno Investments owns the University of Minnesota Physicians building in Stadium Village. I don’t have information from this holder, but I can assume that since the project plans lie in this area, Enjuno supports the development as well.

3) Myth: This development will get rid of Dinkytown’s prized establishments, most notably Al’s Breakfast.

Truth: This development will not affect as much as most people think, and will NOT destroy Al’s.

Part of the pull for the movement against the project is the assumption that it will destroy Dinkytown’s most iconic locations. Al’s Breakfast, Kafe 421, and Vescio’s are claimed to be potential victims of the building if it passes.

Again, this is simply not true. This development only will replace the House of Hanson building, and will only go that far. This will displace the three previously mentioned businesses in that brick building, but will stop at Wally’s Greek restaurant. Everything to the south of that point will not be affected.

That’s right folks. That means Al’s is not in danger. I promise. Trust me, if that tiny little diner were in trouble, I would be front and center at the picket line.

In fact, Green Mill CEO Paul Dzunbar, the building owner of Al’s and Espresso Royale, has stated that he would never mess with the diner because “he likes it too much”. Assuming he holds true to his statement, Al’s won’t be going anywhere.

Same with Vescio’s. The owner of the famed restaurant, Frank Vescio, has turned down multiple selling offers and has stated that he doesn’t want to leave at any point in the near future because he likes what he does.

Same thing about the picket line with Vescio’s, too.

That is the thing – Although House of Hanson could be claimed to be a Dinkytown staple, the business was not doing as well as it had previously. Al’s, Vescio’s, Annie’s, Loring Pasta Bar, Shuang Cheng, and other “independent local” establishments seem to be doing just fine. Not only that, but with an added population base located in the proposed development, more people will be living around the area to spend more frequent money at these locations instead of driving back out to Maplewood at 5:00pm. A more dense population base, especially in an area like Dinkytown, is crucial for the future of it’s growth simply because we cannot add more parking spaces without tearing down entire blocks. This development will help that cause.

At this point in the development process, I would encourage the leaders at Save Dinkytown to cooperate with the developer and ensure that the businesses located in the new building will be local, independent, and unique. Dinkytown will not lose its appeal with the development, especially if cool small businesses fill the leased space. It is time to stop “beating them” and start “joining them” in an effort to keep Dinkytown unique, independent, and fun, while making it more walkable, clean, and livable.