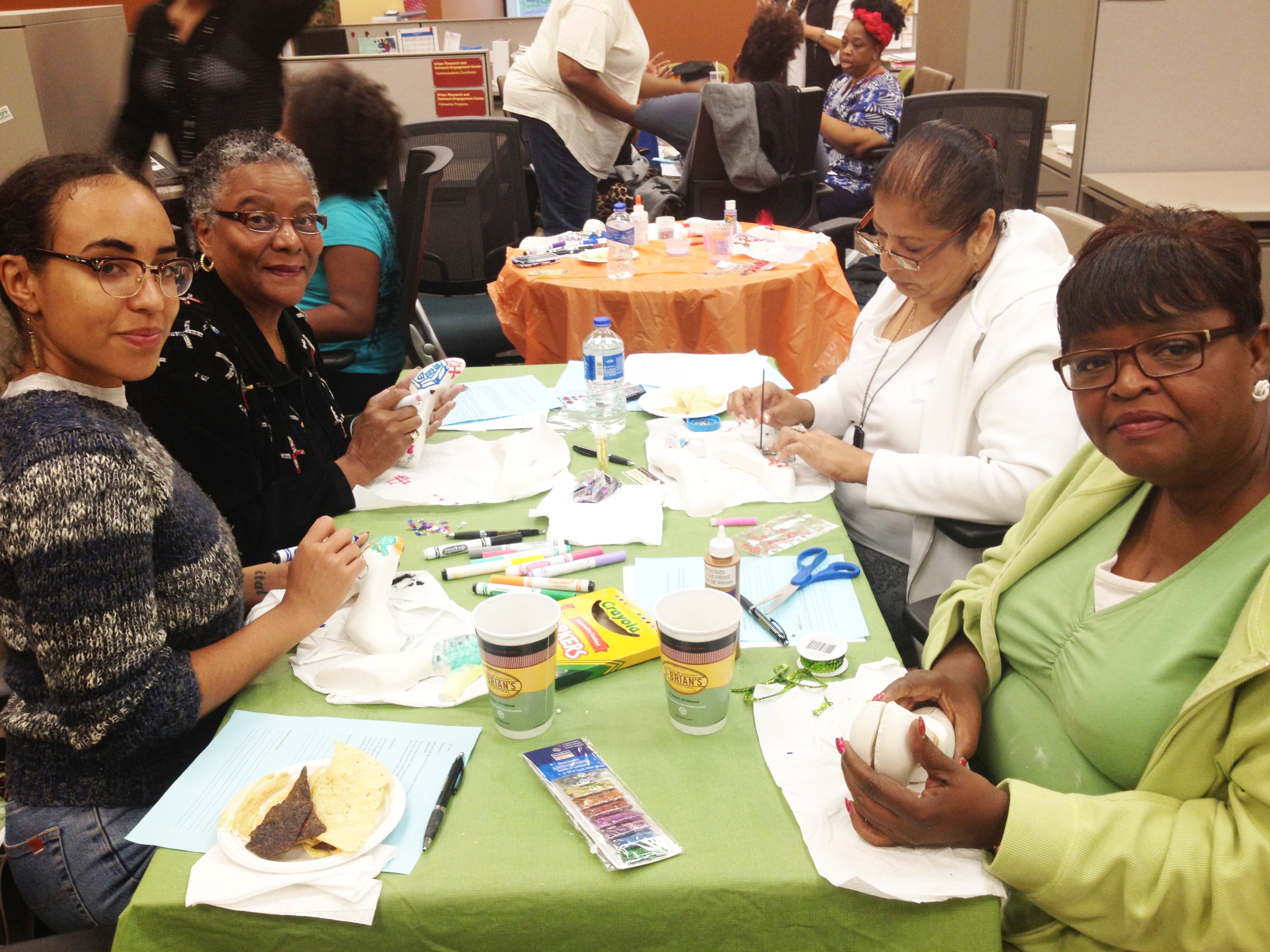 On Saturday, September 28, more than a dozen women—mostly African-American—gathered at the University of Minnesota’s Urban Research and Outreach-Engagement Center (UROC) in North Minneapolis for a workshop that included storytelling, art-making, and friendship in an event sponsored by Obsidian Arts. Led by artist Esther Osayande, the women told stories of their journeys and transformations as they created art-shoes to be displayed in an exhibit at Pillsbury House in South Minneapolis.

Roderic Southall, artistic director at Obsidian Arts, says the project got started when he was approached by performing artist Sha Cage, who had done a similar story-telling project with women that resulted in spoken word pieces. Cage, Southall said, wanted to see if a similar approach could work with visual arts. Zenzele Isoke, from the University of Minnesota, suggested the project use shoes as a metaphor for the project, and Obsidian has also worked with Hawona Sullivan Janzen, the curator at UROC, in putting the project together.

Artist Esther Osayande hosted Saturday’s event, demonstrating her own art shoe. Made out of plaster, the shoe’s heel is painted with black paint and white tears. “I come from a dark past,” she said. The middle part of the shoe symbolizes her transformational period, which has some dark spots as well. “I was trying to figure out who I was,” she said, and the toe of her shoe is filled with green and flowers and jewels.

At the start of the session, the women were asked to write about a journey or transformational time in their life. The women, who sat at tables of about four to five people, either dove into the writing right away or talked through what they were going to write about. 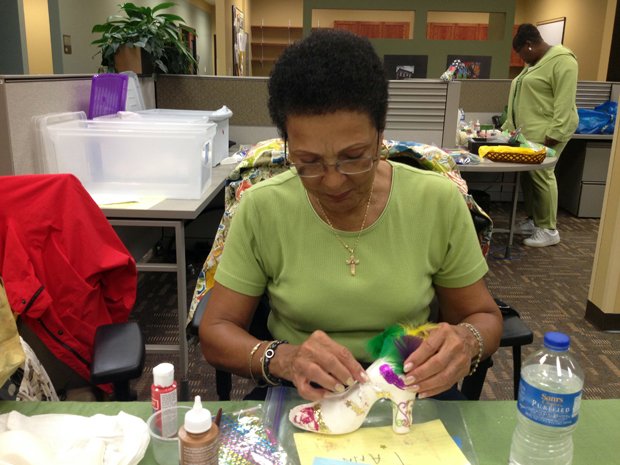 The women came from all over the country: New Orleans, Pittsburgh, the Chesapeake Bay, and more. One woman, Delores Fridge, was the first African-American woman to attend Winona State Teacher’s College. Another, Shalette Caulet-Wandrick, grew up in Rondo before the freeway broke up the neighborhood. There were a couple of women who lost their children to gun violence; one of whom, Mary Johnson, goes all around the country telling about her story. “I’m grateful and thankful I’m not in the place I used to be,” she said.

There were also a number of artists, writers, and storytellers who came to participate, including a group of women from Roho, an African American women’s art collective that has been around for 15 years.

Stephanie Morris, a photographer, grew up in Pittsburgh in a family of all boys. The youngest child, she lived in a world dominated by men, and she didn’t want to grow up with a life like her mother’s. Her shoe shows how she became educated and made decisions about her life about choosing the family that she wanted.

Shirley Jones, who was a teacher in St. Paul, said often she works on her story when she’s around her house. “I’ve learned to dance in the rain,” she said.

With paint, feathers, beads and laughter, the women turned their stories into pieces of art, all of which are now displayed at the Obsidian Arts gallery space at Pillsbury House, with additional shoes added as they are completed. The next shoe-making session will be on October 12 at Pillsbury House, from 10 a.m. to 1 p.m.