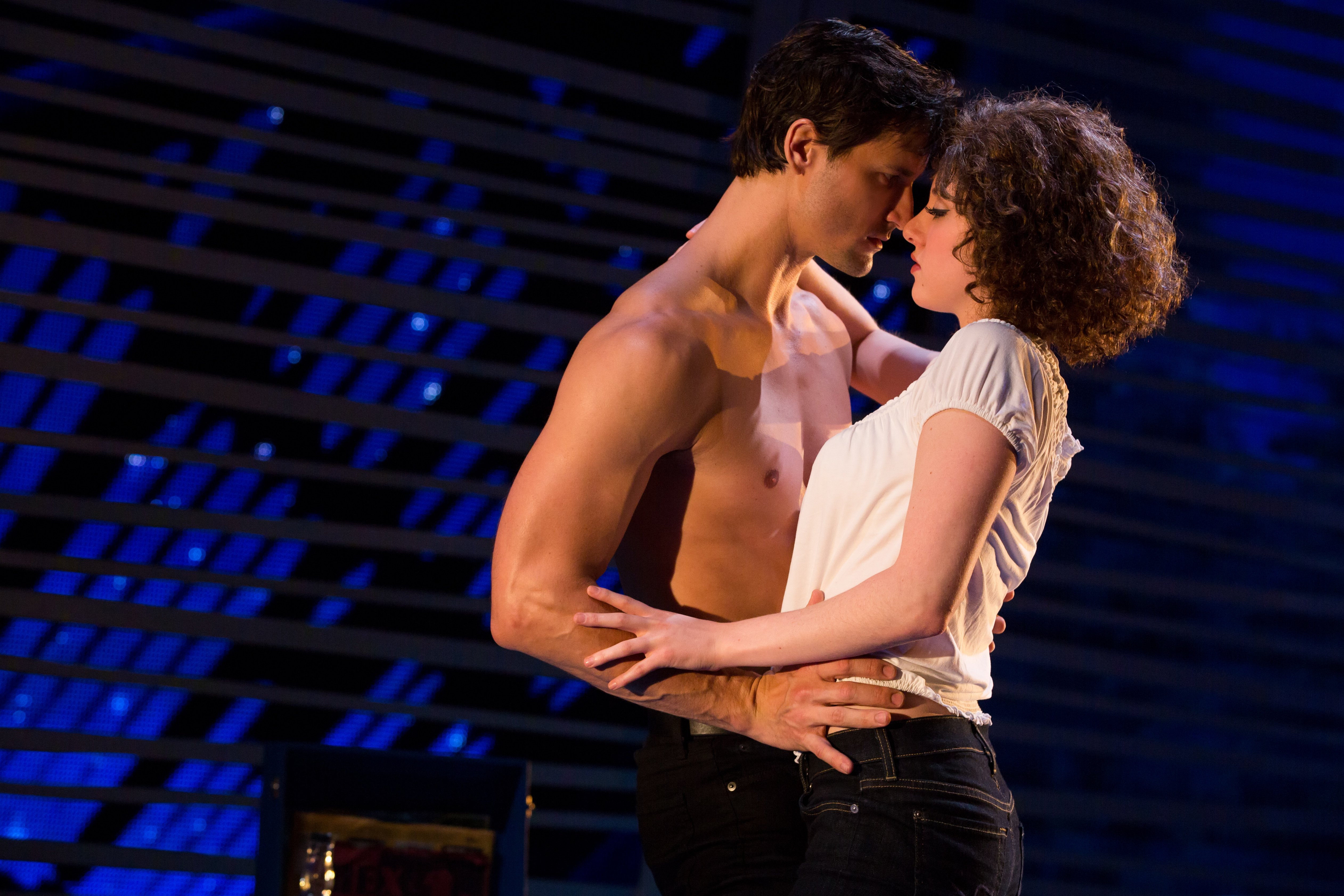 If you’re going to adapt a classic to the theater, you’ve got to deliver and they did. Eleanor Bergstein’s Dirty Dancing: The Classic Story on Stage, doesn’t miss a beat at Orpheum Theatre as the cast delivers the performance of their life.

Dirty Dancing: The Classic Story on Stage adapts the classic film Dirty Dancing (1987) that starred Patrick Swayze and Jennifer Grey. The story, set in 1963, is about a girl named Frances Houseman who everyone in the story refers to as Baby. Baby’s family visits a holiday camp where they plan to spend the entire summer. This is Baby’s summer before she starts college. After college she plans to join the Peace Core. Baby’s family is upper class, and her association with others at the camp who are of lower socioeconomic status sets up conflicts later in the story, especially when she falls in the love with the camp’s dance instructor Johnny Castle.

One of the things that stands out in Bergstein’s adaptation of the film to the stage is the live dancing performances. I attribute the play’s four-star performance heavily to the live dancing, which was nothing short of exquisite.

In act one during scene “Johnny’s Mambo,” characters Johnny Castle (played by actor Samuel Pergande) and Penny Johnson (played by actress Jenny Winton) hit every step and capped their routine with a lift. On the lift, Penny hyper extends her leg to the ceiling which drew a round of applause and some “woos” from the audience, even before they got to the dirty dancing and performed the mashed potato the following scene.

This play sets the bar high in their opening and delivers an even stronger finale. Johnny and Penny’s dancing not only impressed the crowd but it impressed Baby. Eventually, it’s revealed Penny is in no condition to dance for the events Johnny has lined up. Baby takes her place as Johnny teaches her how to dance. The more time she spends with Johnny, the more her “Daddy’s girl” role gets exposed.

A strong quality in this play that really stood out was the special effects they used with holograms and lightening. The scene where Johnny and Baby are practicing lifts in water was brought to life as the actors were behind a hologram where you could visually see a water stream. The sound effects were on point with every splash they made when Baby failed each lift attempt.

The cast certainly did their homework as they had big shoes to fill. By no means will I compare the acting in this play to a classic, but the lines that needed to be delivered were there. None were bigger than Pergande enacting Johnny’s line during the final scene of the play.

Baby’s father disapproves of Johnny and the camp forces Johnny to leave. While Baby is with her family at a recital watching her sister Lisa perform on the stage that Johnny was suppose to perform on, Johnny comes in to interrupt the performance. He walks upon the stage, which received an applause and more woos from the audience, and the performers stop. He walks up to Baby’s family and looks Baby’s father in the eye and actor Pergande says those words: “No one puts Baby in a corner!” His line drew the noisiest crowd reaction of the night, which symbolized a job well done filling in for Swayze’s shoes.

This is just the play to see for date night to enjoy an entertaining performance as well as a moral to take away from the play. Viewers who can apply the moral from this play to their lives, like Baby, may one day experience the time of their lives.