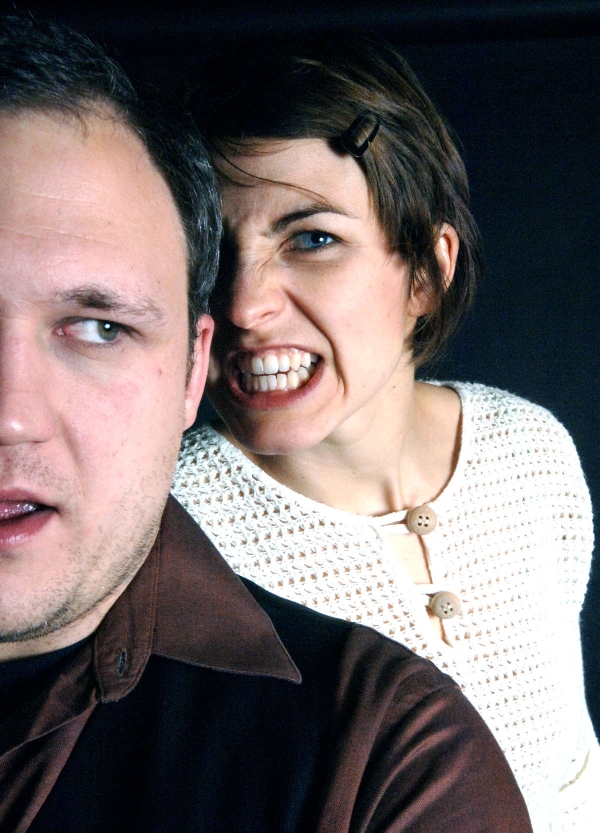 Seth Patterson and Julie Kurtz in Burial at Thebes. Photo © Act One, Too, Ltd., courtesy Theatre in the Round

From its first moments, Seamus Heaney’s The Burial at Thebes at Theatre in the Round is difficult to deal with. It is set in ancient Greece, but the characters are clad in contemporary costumes. Why? This cosmetic quirk turns out to be the least of the problems for The Burial at Thebes as Heaney author proves that being a Nobel Prize-winning poet does not a playwright make.

Pulitzer Prize winner Rita Dove did exactly the same thing some years back with the Penumbra/Guthrie fiasco Darker Faces of the Earth. Both plays, it happens, are “remakes” of Greek classics, The Burial at Thebes being Heany’s translation of Antigone and Darker Faces of the Earth being Dove’s adaptation of Oedipus the King. Neither script does the original writer, Sophocles, any favors. Dove clutters her static script with a crowd of two-dimensional antebellum figures. Heaney writes beautiful poetry for dialogue that just drags and drags, belaboring every point on which it touches until the inherent drama has been dulled into a yawn-filled state of complete inertia.

Theban King Creon (Seth Patterson) denies burial rites to Polynices who, double-crossed by his brother Eteocles, waged a war that ended up killing them both. Their sister Antigone (Julie Kurtz) defies Creon and, burying her brother, sets off a controversy that engulfs the court. It’s a premise rich in promise—promise that goes unfulfilled. By the time the story has wended its way through the classic scenario of short-sighted king wielding power in a manner that not only serves injustice but comes back to bite him, instead of appreciating the tragic irony of it all, one is simply left looking for the exit.

The directing doesn’t help things at all. Rob Goudy puts his cast through sluggish paces as they posture and pontificate, shifting back and forth between navel-musing reflection and scene-chewing histrionics. There are two things about The Burial at Thebes for which one can be grateful. It’s only one act and, eventually, it is over.