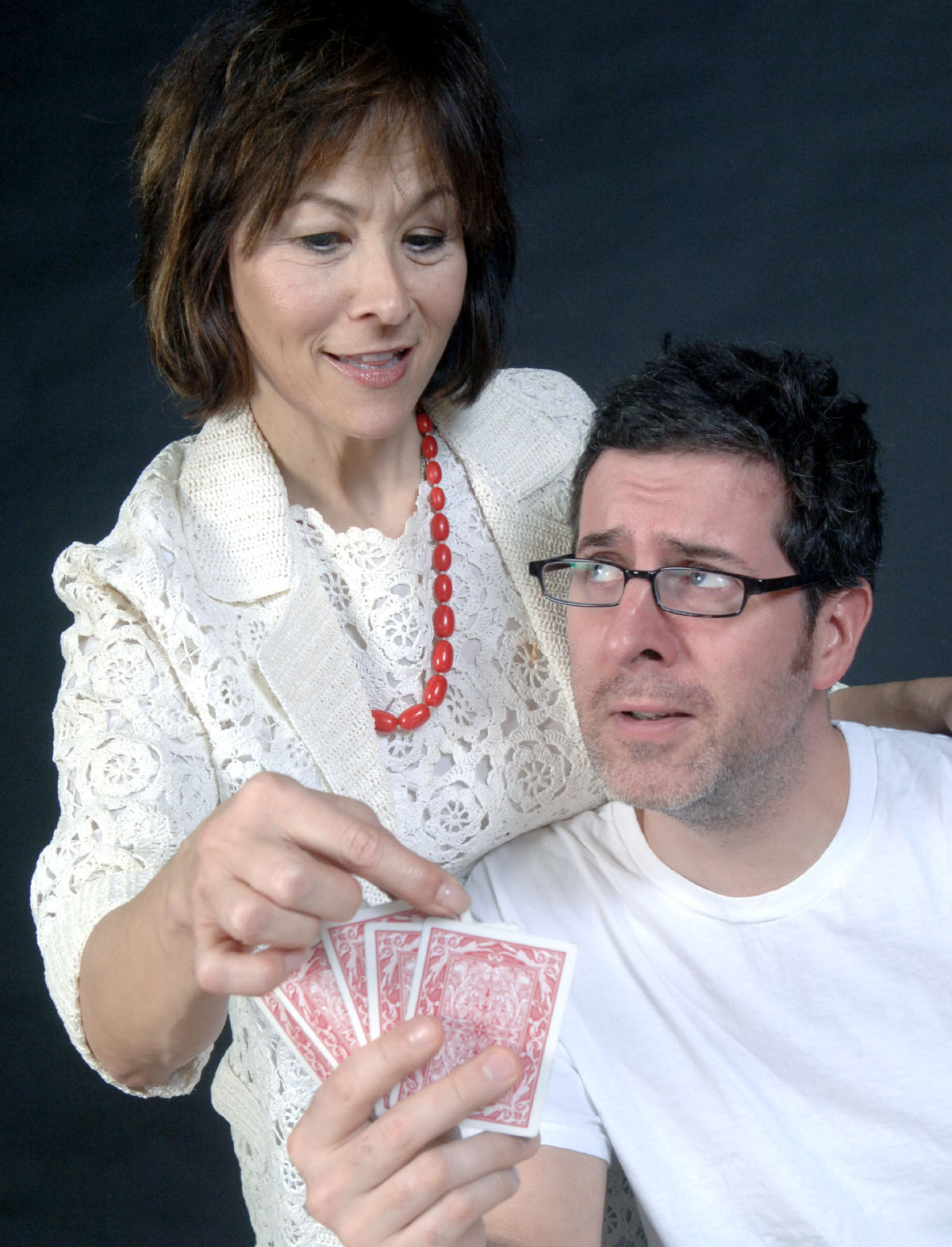 Maggie Bearmon Pistner and Adam Whisner in Panache. Photo © Act One, Too, Ltd., courtesy Theatre in the Round.

Theatre in the Round’s production of Don Gordon’s romantic comedy Panache has the benefit of what largely is a strong cast, led by the marvelously gifted Maggie Bearmon-Pistner. She’s supported by a quite capable Adam Whisner in the second lead, H. William Kirsch, Katherine Moeller, and Jason Zednick. Bearmon-Pistner brings wonderful energy and a sure hand to the role of Kathleen Trafalgar, a ditzy, ritzy lady with a warm heart and a husband who’s putting her feet to sleep.

She shows up at the door of Harry Baldwin (Whisner), a regular Joe whose inability to get over his wife’s passing has left him a brooding shell of a man. In short order, the daffy dame and gloomy-Gus recluse square off in a dance of odd circumstance that lets Bearmon-Pistner and Whisner wield a world of chemistry between them (think Shirley MacLaine in Terms of Endearment meets William Petersen in CSI). Also on hand are Harry’s poker buddy “Jumbo” Dombroski (Kirsch); the wife, Laura (Moeller); and Irwin (Zednick), a hapless sort from Harry’s past who returns as his conscience.

The setup is pretty clear right at the beginning (romantic comedies, after all, simply give you the couple and you get to try and figure out how they’re going to get together). And you have no trouble rooting for these two woefully mismatched souls. The problem is there’s no script, just a batch of character-study scenes that promise to make something of the sparks between Kathleen and Harry but never follow through on it. So, you watch two very talented actors take an admirable shot at breathing life into a dead story.

Director Leah Cooper does her part, pacing the thing briskly enough, but there’s simply no substance—not even enough to fuel a romantic comedy. Added to which, the author commits fundamental flaws like making Harry a short-order cook who inexplicably can afford to blow 800 bucks one night and 600 another. This and the age-old tenet: you don’t put a gun onstage unless you’re going to fire it. On top of which, the punch lines aren’t all that funny, and any script that is still explaining itself in the closing scene has missed the point: show, don’t tell. In short, as a playwright Don Gordon makes a good house painter.