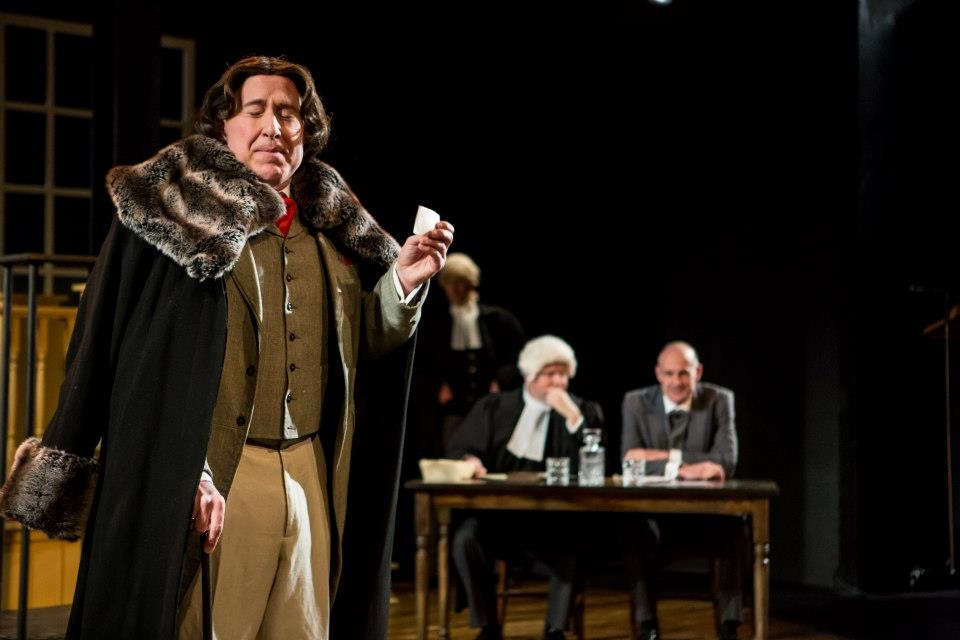 If you must miss one show this season, it may as well be Walking Shadow Theatre Company’s production of Moisés Kaufman terminally static Gross Indecency: The Three Trials of Oscar Wilde at The Minneapolis Theatre Garage. Which is too bad, because Walking Shadow Theatre, but a couple years from seeing its first decade, has well earned its stripes as an entity of acting and directing strength.

The prospect of WST, such an adept, well-reputed venue staging homage to a playwriting great readily whets the appetite; it is, itself, rich in promise. On which this does not deliver. Indeed, Gross Indecency is an uncharacteristic failure all around. Save lead player Craig Johnson, who executes a beautifully understated rendering of Wilde, the cast is a collection of warm bodies given to gestures and rote delivery. Amy Rummenie, director and company co-artistic director, telephones it in, casting marginally capable actors, perfunctorily moving them from mark to mark. To be held most accountable is Moisés Kaufman, who nigglingly intersperses actual conflict between and interaction of characters, passing off narration upon narration as an approximation of drama. Fine, he culls the material from history, including Wilde’s own words. The facts can be looked the facts up. By Kaufman, you, me or anyone else. And stuffed in actors’ mouths. A history lesson does not theatre constitute.

Oscar Wilde without reason endured unfathomable hell on earth. He descended from prevailing as privileged, sheltered member of England’s elite, a celebrated playwright on London’s to this day famed West End, to being socially ruined, professionally undone and, languishing in prison, humanly debased to the extent of what must have been unimaginable, body and soul destroying anguish. After which he died within two years. All because he more than didn’t conform. His plays were hallmarks of wisened, maverick commentary on staid society, heralded as a prescient voice. The problem was his sexuality. Which, should have been none of anyone’s business and probably would’ve—he was by no means the first public figure with a gay or lesbian private life—but for his coupling with a prominent individual’s son.