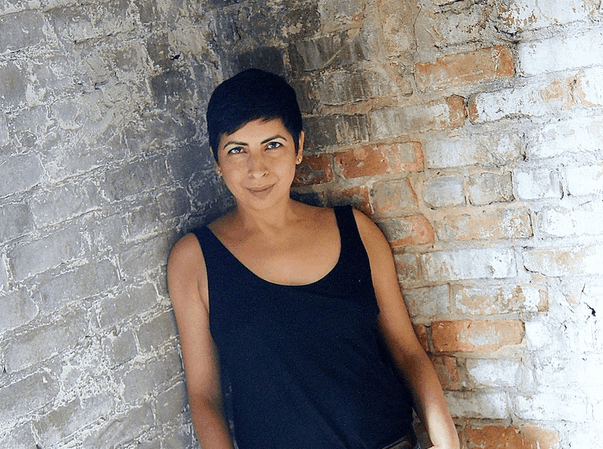 Last week, this season closed, conventionally anyway, with Pussy Valley, humanizing sex-industry working women.  Convention being never having been Reuler’s long suit, he’s tagged on, for this coming weekend, the conclusion of Mixed Blood’s 55454 Series, limited-run productions to do with Africans and Muslims in America.  It began in January with Yussef El Guindi’s Pilgrims Musa and Sheri in the New World. Continued in February with Warren C. Bowles’ African America. Again, in April with Seema Sueko’s Hijab Tube and wraps with Dean Poyner’s Stepping Out of the River at Dawn, a world premiere.

Inspired by a photograph, “Young Negress Stepping Out of the River at Dawn” this drama relates the saga of Rwandan lovers trying to honor tradition with their wedding, haunted by a history of violence – all while they now want to enjoy living in America.  Certainly fits as a premise at Mixed Blood Theatre.

Why the title change?  Dean Poyner pontificates, “We had a lot of conversation around it. The title is a reference to a central image in the play. The main character Alyze is getting married, and this memory gets stirred up for her of a photograph she saw once in school. It is a picture of a girl in a loin cloth, gathering wood or water, standingin front of a river. It represents her country’s history – both tribal pride and Colonial subjugation because the photo was taken by a German man with a camera – and the photo triggers a visceral response. As Alyze encounters her memory, she admires it, or parts of it, but she also recognizes that she will not follow that same path. The journey of the play is Alyze and her fiancée Martin trying to find out what value a wedding can have for them as immigrants and orphans. They decide to create a series of ceremonies that will be authentic to their personal story. In talking about this complicated concept, I have had many truly inspiring and essay-worthy dialogues with people about how history still shapes our present lives. We decided to change the title of the play to avoid any initial reaction of alienation, so that we could present the whole image in context and continue those conversations. The photograph is still called ‘Young Negress Stepping Out of the River at Dawn’ because that speaks to the historical reality of the time, and to the character’s journey. But living and making plays in contemporary America, we wanted to take great care in how we framed that image. We work with an awareness of the power of words to define, rebuke, or empower. My mission with this play was to create a meaningful narrative that could bring people together. In producing this play, we have actors from around the globe who are dedicating their time and attention to presenting a story they believe. I think that’s a testament to the validity of the mission, and our hope on the journey.”

Kapil reflects on how it went, working with the playwright to bring this play from the page to stage, “I’m fortunate that Dean, has been remarkably open to the process of crafting the play toward production. We had a series of long phone meetings as we got the script ready for rehearsals. And he’s been in the room throughout the process. It’s been a really collaborative process…to achieve his vision.”
Stepping Out of the River at Dawn runs at Mixed Blood Theatre May 16,