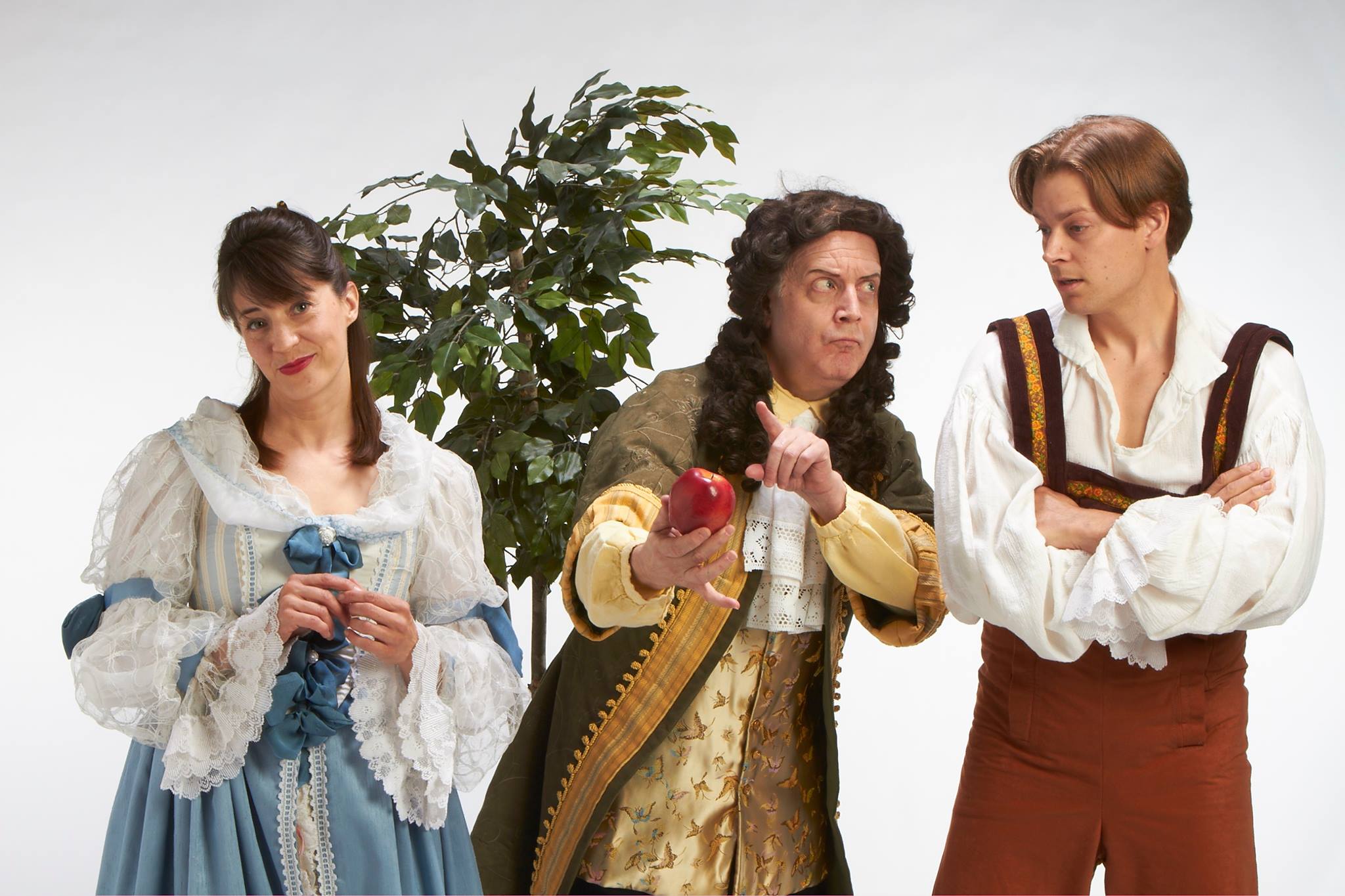 The E. M. Pearson Theatre at Concordia University is a fine space for many things. Within its walls, a modest pit orchestra sounds much larger than its actual size, musical airs have space to resonate in without becoming muddied or lost, and actors can use its size to play and emote both large and small. The theater does, however, make special demands in the area of vocal diction–and its curtains unforgivingly swallow ending consonants when appropriate efforts have not been made. This acoustical property was unfortunately audible on Saturday, June 14 when Skylark Opera opened its new production of Candide. There was so much great music being sung well that it would have been lovely to understand more of the words.

The story of Candide hopefully needs no explanation, but those who haven’t read the book since high school should probably brush up before the performance. The hybrid libretto used in this performance is by itself more of a farce than Voltaire’s original biting satire, and many of the jokes and sight gags are much more funny with a little literary context. The patchwork script (a composite of several rewrites) won’t win any awards, but it keeps things moving well enough in the pauses between episodes from Leonard Bernstein’s score.

What a score this is, too: lush, varied, and spiced with ironic songs like “Auto-da-fé (What a Day),” “You Were Dead, You Know,” and some killer finales. The musical material gives the principals ample opportunities to show off vocally–and they did. Here, Peter Middlecamp (Candide) was his own sort of operatic triple threat; although barihunks are still the current craze, his smooth and soaring tenor melted hearts on-stage and off even before his shirt came off. His performance had the distinct advantage of strong, clear diction that made it very easy to understand every word that he sang, even as he roamed around the stage.

The operetta may be named after Candide, but the other principals have a great deal of stage time and their own substantial moments in the musical sun. Candide’s love interest, Cunegonde, is played byJennifer Baldwin Peden whose soprano voice neatly navigated the sparkling flashes of coloratura in “Glitter and Be Gay.” Although the technique was fine, the somewhat shrill timbre adopted for the character was unnecessary–it plays to a rather tired stereotype, and Peden’s natural sound (heard more when dipping into the lower registers) is far more appealing on its own.

The rest of the principals include Andrew Wannigman (Cunegonde’s brother), Kathleen Humphrey (the Old Lady), Jennifer Maren (the maid Paquette), and Gary Briggle (Pangloss and a variety of other roles). Camp was the main order of the day, but at the end of each act the principals rallied for a more serious and moving number.

Some aspects of this production are inconsistent. The costumes appear to be mostly summer stock (except for one gorgeous red satin robe), but the decision to outfit the chorus with brightly colored and thoroughly anachronistic Converse shoes is simply distracting. Topical jokes are sprinkled throughout the production; these are mostly hit-or-miss, but none of the misses land that badly. Being able to make out the chorus’ lyrics much better than most of the principals is not a criticism of the former, but not how things normally rest. It’s practically a crime have to guess at English words in a performance that otherwise has so much going for it vocally; this will hopefully be addressed quickly, as the cast gets used to the space.