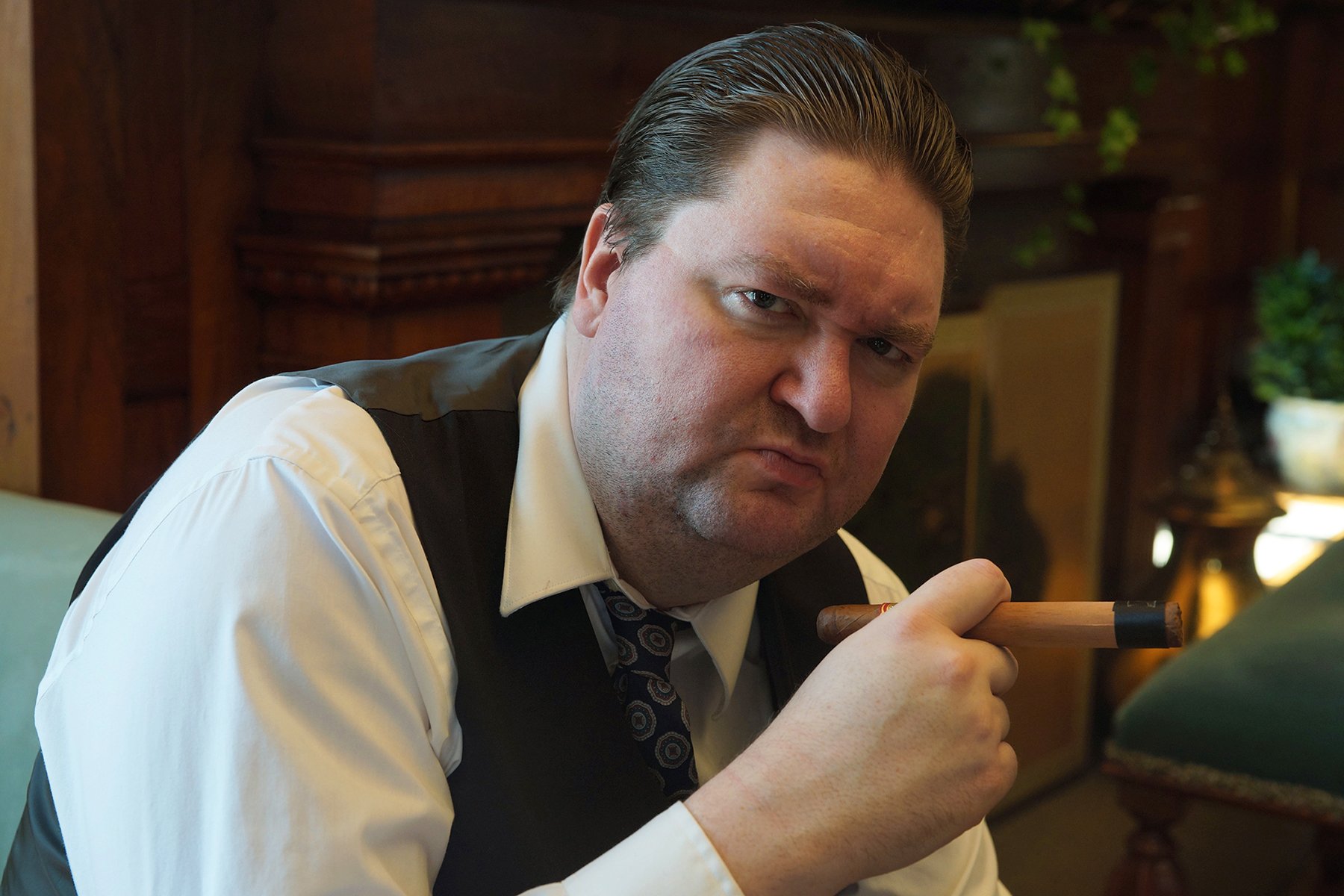 Author Rex Stout (1886-1975) was one of the most successful American mystery novelists of the 20th century. More than four dozen of his books star the detective Nero Wolfe and his wisecracking assistant Archie Goodwin, a partnership often compared favorably with Sherlock Holmes and John Watson. It’s something of a surprise that none of the Wolfe novels have been adapted for the stage before; if The Red Box is any indication, many more will be.

The Red Box, now in its world premiere run at Park Square Theatre, is playwright Joseph Goodrich’s adaptation of the 1936 novel of the same name. It’s a murder whodunit that rewards the astute observer, throws in repeated twists and complications, and passes the evening very quickly. The action unfolds on a sumptuous static set designed by Rick Polenek and flows as the on-stage equivalent of a page-turner book. Peter Moore’s direction is dynamic, the cast is strong, and the script periodically catches up anyone who might have gotten lost in the unfolding mystery.

The ostensible star of the story is Nero Wolfe (E.J. Subkoviak), a curmudgeonly detective who solves his mysteries without leaving his house. This means that the footwork of the case is done by his assistant, Archie Goodwin (Sam Pearson), who also serves as the narrator. Subkoviak and Pearson have strong on-stage chemistry, and it’s pleasantly novel [sic] to the assistant talking back in frustration when his boss willfully withholds information from the audience. Both actors, clad in period costumes by A. Emily Heaney, are the spitting image of their characters; their appearances and mannerisms speak volumes.

The rest of the cast has no slouches, either. The cigar-chewing Inspector Cramer (Michael Paul Levin) is a scene-stealer who stands above the array of family suspects, each of who does a fair job at looking guilty. Finding the killer among them is a matter of paying attention to seemingly minor details, and the heavier scenes are neatly divided by Wolfe repairing to the dining room for a delectably described meal. Just make sure to eat beforehand, as his eloquent descriptions of the repasts are sure to make you hungry.