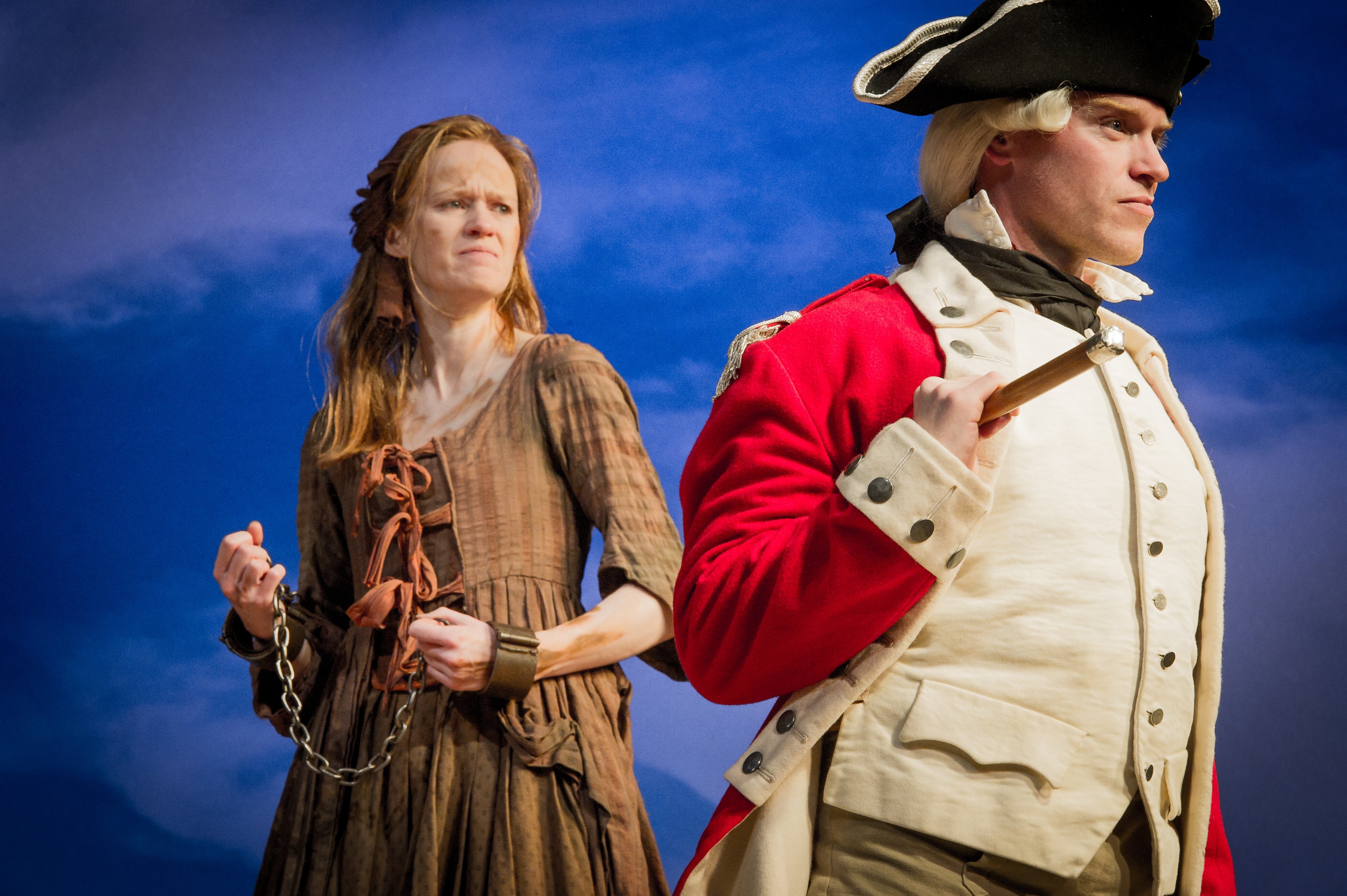 Arthur Miller once remarked, “The job of an artist is to remind people what they’ve chosen to forget.” This soundbyte aptly describes one side of a debate in Our Country’s Good: are the arts uplifting or educational, or merely recreational? Can they convey moral values, or do they degrade? Is criminal law intended to punish, or to rehabilitate? Both sides (and some middle ground positions) are convincingly and passionately argued throughout the play, with compelling and erudite qualities no longer found in political argumentation. Lest you think this is a simple courtroom drama, there’s also plenty of yelling, swearing, and sex.

The story of Our Country’s Good is that of the first Western theater performance in Australia, an event that took place shortly after the British Empire planted its first penal colony – and first colony, period – on the continent at Botany Bay in 1788. A faction within the colonial government decides that a theater performance using the convicts might address some of the colony’s many problems; other factions oppose the matter bitterly. Timerblake Wertenbaker’s script is now 24 years’ old, but has aged well; it has the feel of a classic play, but still resonates as if it were written yesterday. The Out of Joint and Octagon Theatre Bolton co-production, now running at the Guthrie, does not shy from the intense graphic content and language – or from its messages.

There are lots of fantastic speeches in this play, and in Act One it’s the opposing forces that have the best run of it. Although the convicts put up plenty of resistance to the theater project, it’s the pro-discipline and pro-punitive justice advocates who emerge as the overall antagonists. Major Ross (Richard Neale) is a chilling force of dark energy that sweeps the stage, a dominating presence even when out of sight. He may be the opposition, however, but he’s not an evil villain in the classic sense: he represents the establishment and all that comes with it, including 18th-century ideas of how the world and justice work. His main counter-debaters, Governor Phillip (Tom Andrews) and Lieutenant Clark (Nathan Ives-Moiba), have the burden of proving Ross wrong – a project not helped by the convicts’ actions. It makes for fervent and dynamic debates, all well delivered.

The ten-person ensemble plays 22 characters, with the actors slipping into different roles in practically every scene. The transitions are smooth and the cast seems much, much larger than it is (only one of the resulting drag roles is played strictly for laughter, a hilarious scene starring Sam Graham as Meg Long). As the play progresses, however, the convicts take more of the center stage and the balance of narrative power shifts. The intertwined arcs of prisoners Dabby Bryant (Victoria Gee) and Mary Brenham (Jessica Tomchak) are very compelling, but Kathryn O’Reilly edges them out with her prizeworthy performance as Liz Morden, one of the most difficult cases on Lieutenant Clark’s hands.

Our Country’s Good is partly a play about the performance of a play, which is rehearsed in segments but never fully heard during the evening. Indeed, we never see so much as a full scene or a monologue finished before some interruption happens – but all these nevertheless add up to a magnificent whole.