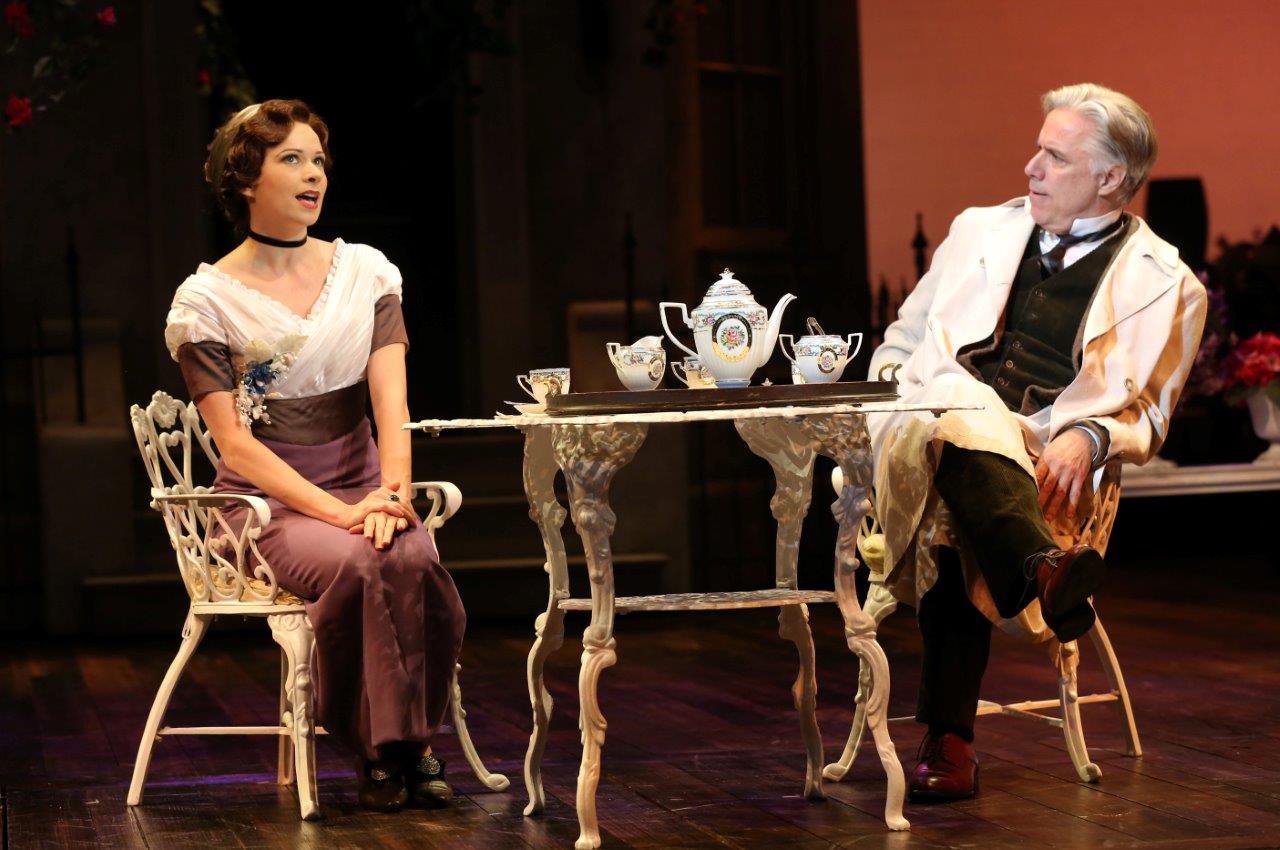 One of the problems of restaging musical theater classics today is that much of the repertoire doesn’t align with contemporary values in very prominent ways. This is not to say that such concerns (positive and negative) don’t exist with new works, but the potential problems with reception are enough to inspire a legion of director’s notes and, sometimes, massive rewrites. The Guthrie’s solution to this regarding the misogyny of My Fair Lady is simple, elegant, and far more dramatically satisfying than some of the attempts to rewrite classics such as Show Boat or Anything Goes.

George Bernard Shaw, whose Pygmalion forms the basis for this musical by Alan Jay Lerner and Frederick Loewe, was never pleased by efforts to graft a “traditional” happy ending onto his play. Such unauthorized changes nowadays are banned by the Dramatist Guild of America, but are still much more common than you might think. Shaw himself was dead by the time that My Fair Lady came to the Broadway stage in 1956, and his estate did not push the point of a major change in authorial intent in the musical adaptation–a change that implied that Henry Higgins and Eliza Doolittle end up together despite his unrepentant verbal abuse. Such an end is tantamount to Nora deciding to remain with her husband in A Doll’s House, and undermines the entire arc of Shaw’s story. Director Joe Dowling has chosen to embrace part of the ambiguity in the script, using lighting and staging to depict the final scene showing Eliza’s return as nothing more than a figment of Professor Higgins’s imagination. A little comeuppance goes a long way, and it allows the viewer to reflect positively on the whole evening.

There is quite a lot of fun here. Besides a first-rate script and a powerful score, this production is spiced with both beautiful and charmingly scruffy costumes, jolly dancing, and a full palette of vocal colors. The collection of British accents is astounding, and the attention to detail put in by dialect coach D’Arcy Smith brings out many aspects of the story’s exploration of diction and speech that are often swept under the rug. (It also works quite well to magnify the apparent size of the chorus.)

Most of the story focuses on the Doolittle-Higgins-Pickering triangle, which benefits from a very strong set of leads. Helen Anker shines as Eliza Doolittle, and some of her scenes when she code-switches back and forth from her starting dialect to the polished, august tones to which her character has been coached are outstanding illustrations of how vocal shading and delivery change reactions. Anker (a respected singer offstage as well) also glitters when her voice takes musical flight, especially in “Just You Wait” and “I Could Have Danced All Night.”

Higgins, Doolittle’s nemesis and teacher, is played by Guthrie veteran Jeff McCarthy. McCarthy’s acerbic performance doesn’t shy away from the unlikeable qualities of his character’s attitude, delivering putdown line after putdown line in elegantly contoured speech. Whatever acting initiative and direction produced this combination, it’s a very effective and entertaining one. His first song, “Why Can’t the English?”, landed with much chuckling and a ring of still-applicable truth.

This delivery contrasts sharply with that of Tony Sheldon, who holds down the third leg of the triangle as the retired Colonel Pickering. Sheldon plays the straight man to Higgins’ eccentricities–although in this case “straight” is opposite of the stereotype being humorously played. The “instant best friends” chemistry between Sheldon and McCarthy does much to explain how the latter’s character is sometimes backgrounded. The combined trio sweeps through the plot, accompanied by a strong cast of supporting actors, and almost two and a half hours pass very quickly and pleasantly.