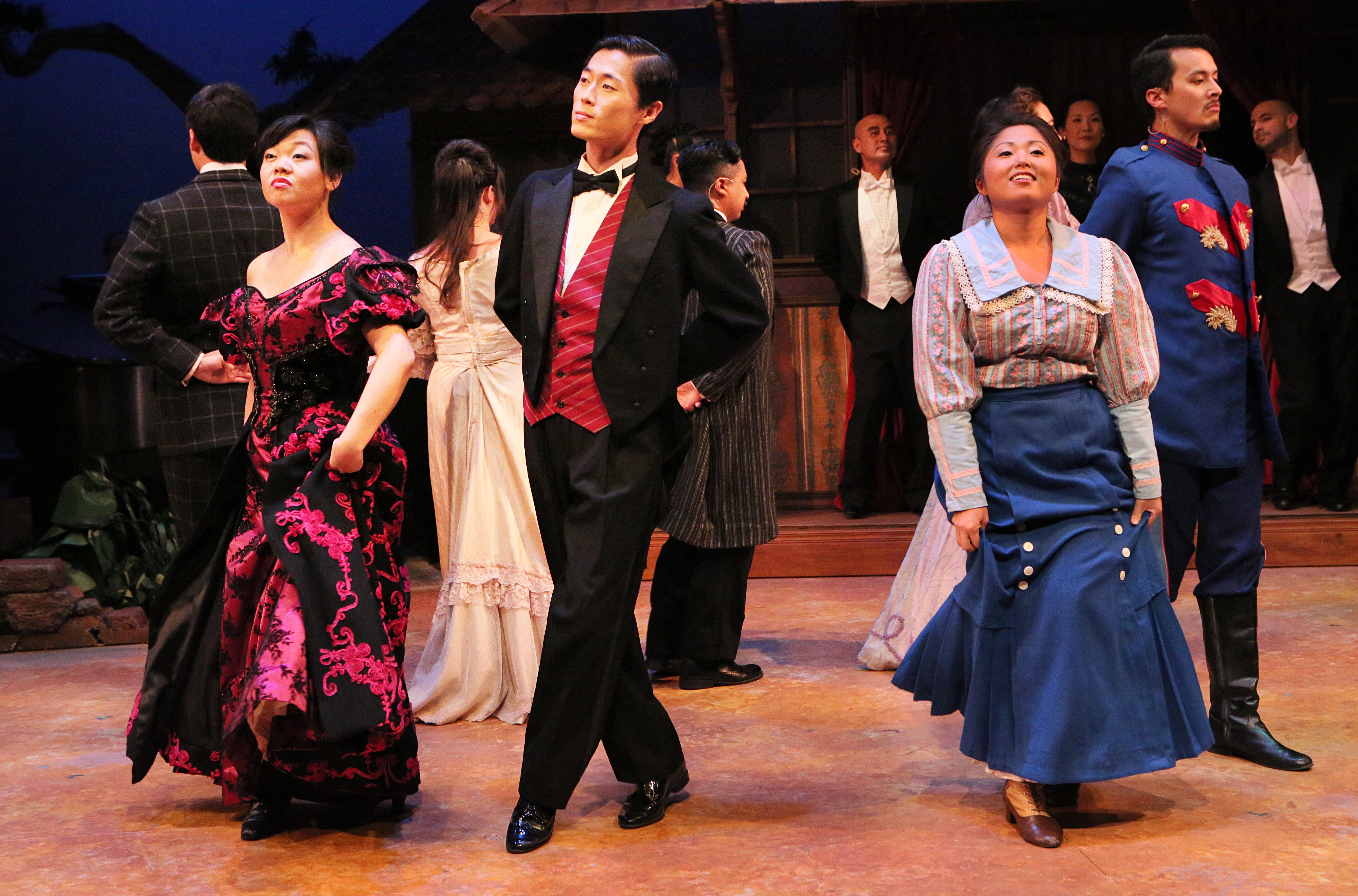 Mu Performing Arts offers an ambitious and enchanting operetta-like version of Stephen Sondheim’s A Little Night Music at Park Square Theatre. With Sondheim’s music and lyrics and Hugh’s Wheeler’s book, this musical inspired by the Ingmar Bergman film Smiles of a Summer Night, is essentially a bedroom farce about misfit couples. Although happy endings occur in the end, much of the musical dwells on the characters’ regrets and longings.

The story concerns a middle-aged attorney, Fredrik Egerman, who recently married a young 18-year old girl named Anne. Anne adores Fredrik, a man she has known since she was a child, but she has yet to consummate the union. Anne flirtatiously teases Fredrik’s son Henrick, who is only a year older than Anne. Henrik is a puritanical seminary student who feels guilt over his desire for his father’s wife. Fredrik, frustrated by his wife’s virginity, visits the formerly great actresses Desiree—a woman he had a tryst with 15 years earlier, producing a daughter Frederika. While they are enjoying a night for old times’ sake, they are interrupted by Desiree’s current lover Count Carl-Mangus Malcolm who is married to the neglected Charlotte. Before the show ends, the desires and sadness of each character is explored as the couples realign.

Rick Shiomi directs a multi-racial cast with a deep well of acting and singing talent. Sonheim’s music is complex and presents challenges to performers with its duets, trios, quartets and quintets. The performers are often singing at the same time and take on the difficult task of syncing their differing melodies and harmonies to a walz. From the entrance of the quintet that functions as a Greek chorus throughout the show, to the poignant rendition of song Send in the Clowns, the cast more than meets the musical challenge.

Given that there are so many outstanding performances, it is difficult to single out the individual performers. But special mention must be made of the quintet chorus which consists of Momoko Tanno, Joey Clar, Jennifer (Kelley) Broden, Carissa Leonard and Arnold Felizardo. As the chorus members sing, they effortlessly weave through the various scenes with the couples. Sheena Janson plays a hard edged and practical Desiree, but reveals vulnerability when she expresses her love for Fredrik. Meghan Kreidler is a scene stealer with her sarcastic and despairing portrayal of Charlotte who both despises and desperately loves her philandering husband. Alice McGlave as the servant Petra does a compelling rendition of the ballad The Miller’s Son near the end. Suzie Juul as Anne, Randy Reyes as Fredrik, Wes Mouri as Henrik, Randy Reyes as Frederik, Alex Galick as the Count and Lara Trujillo as Desiree’s mother, all shine in their respective roles.

Although the production is set in Sweden in the early 1900s, scenic designer Theresa Akers provides a charming Japanese garden and tea house for a backdrop. Jason Hansen conducts the musicians who perform on stage throughout the performance, fitting in both musically and visually with the performers.

The only drawback to the show is the running time which, with intermission, went close to three hours on opening night. Some trimming would help the production. But for those looking for a rich evening of musical delight, the production is a must.