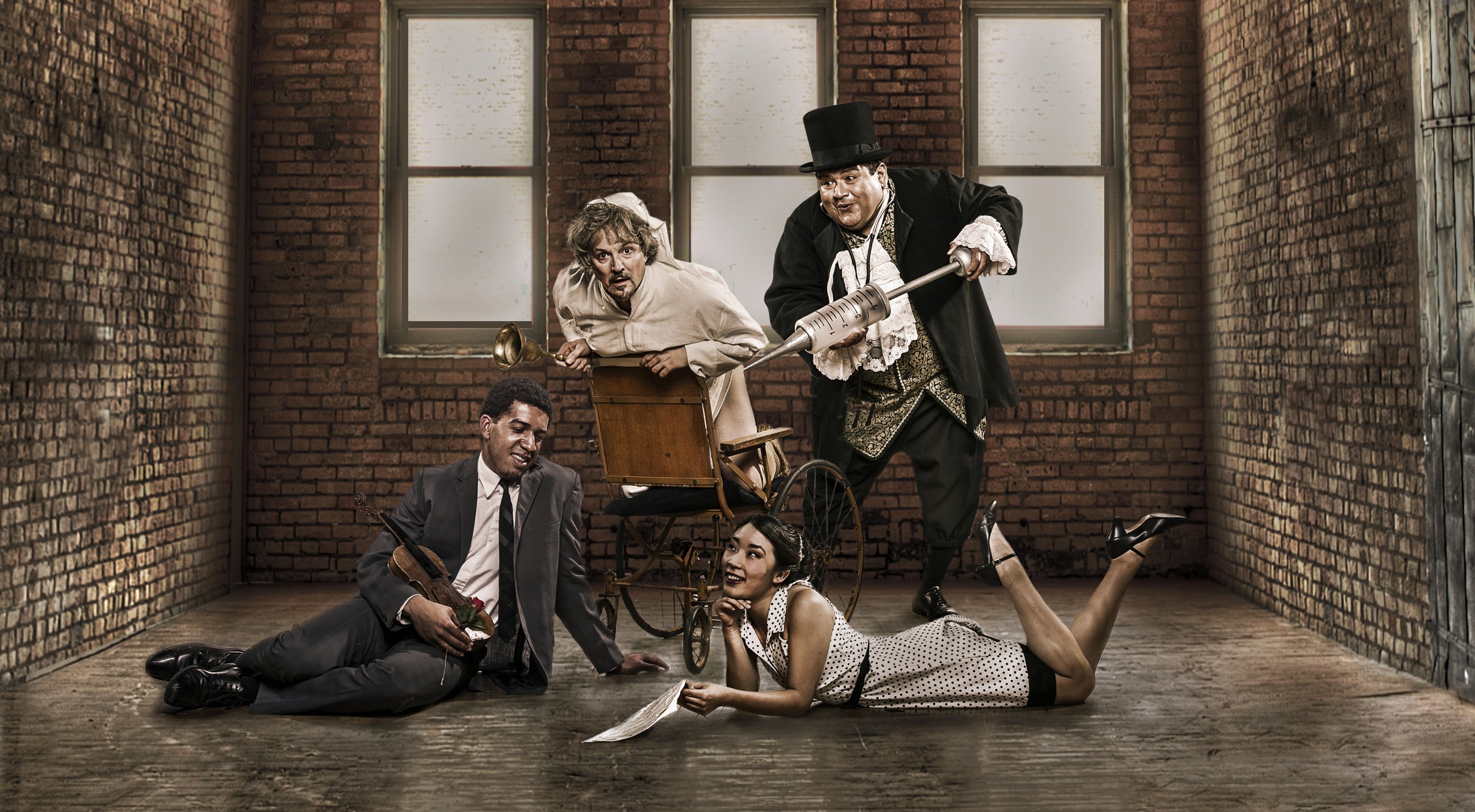 There are a few reasons why The Imaginary Invalid at Theatre in the Round doesn’t work. The primary reason for its failure is that by the time brilliant satirist Molière wrote it he had run out of gas and came up with what basically is an vague rehashing of his uncanny triumph The Misanthrope: an objectionable fellow and his impact on those around him. The meandering script, in which very little happens, is meant to be a farcical statement on the medical profession but talks and talks itself into tedium, winding up not much of worthwhile comment on anything at all. Talented director Rick Shiomi goes with highly questionable choices, one being the use of colorblind casting. On the bright side, a couple of the actors do some fine work.

The Imaginary Invalid is Argan, a socially inept, terminally self-centered hypochondriac who makes Felix Unger seem stoic by comparison. Such characters inherently amuse with their ridiculous worry of nothing (they’d likely die of shock if something serious actually went wrong with them). They’re most effective when there’s something—anything—likable about them. Molière, though, drew Argan as a one-dimensional, overbearing hysteric; the only thing he craves more than medical attention is getting his way, whether it makes the daughter he claims to love absolutely miserable or not. Plain and simple, he’s a whining pain in the behind. The fatal flaw in the writing is that this, the main character, never changes a whit and things culminate with a nonsensical ending, a long-awaited punch line that falls flat, leaving us with much ado about thumbing one’s nose at quack doctors.

Farce, by its nature, generally is done in broad strokes. Shiomi, a couple times, steps over the line into theater of the absurd. Ineffectually. The gratuitious buffoonery, for instance, of Katie Kaufmann (Argan’s maid Toinette) donning a Harpo Marx hat and Groucho moustache in a ruse as the character’s twin brother. For a music interlude—in this 17th-century play—a jarringly incongruous (albeit sharply choreographed) thug-chic quartet bumps and pumps to a hip-hop beat.

Colorblind casting calls for suspension of disbelief. This production does that in spades. Asian actors Audrey Park and Naomi E. Ko, Latino actors Marcos Romeo Lopez and Marc J. Paez, and African-American actor Adam Witherspoon all portray French Europeans. It’s striking that they’re taken through their paces by Shiomi, founding artistic director of Theatre Mu (now Mu Performing Arts), the Twin Cities’ premier Asian theater company. Indeed, in ’98, he dramaturged, at Theatre Mu, Maria Cheng’s Wok-Up American Dream, enlisting the aid of television-film veteran icon Soon-Tek Oh. He is nothing if not culturally adept, which makes it hard to quite understand why an artist of Shiomi’s consequence would sign off on such a project that glaringly underscores Theatre in the Round’s longstanding unlikelihood to stage plays by playwrights of color, in which Asian actors could play Asian characters—i.e. Frank Chin’s Off-Broadway hit at American Place Theatre, Chickencoop Chinaman.

In short, The Imaginary Invalid is far from Molière at his best.

Other recent Theatre in the Round productions reviewed in the Twin Cities Daily Planet include Treasure Island (reviewed by Madeline Salmon, April 2013) and Appointment with Death (reviewed by Dwight Hobbes, July 2013).