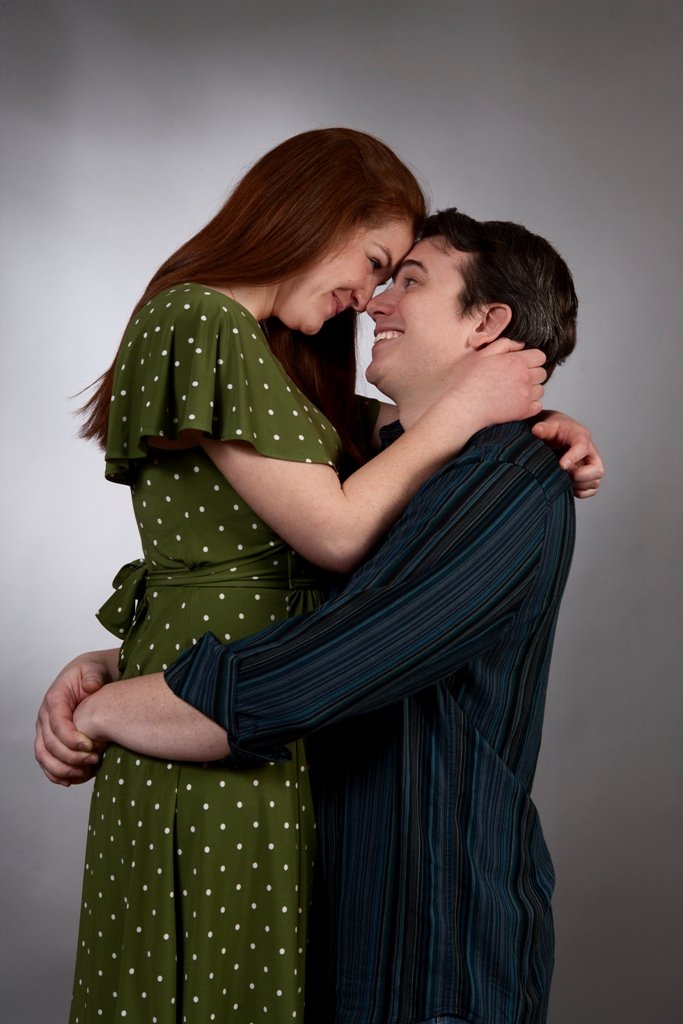 The Last Five Years is one of the most intimate musical dramas on the contemporary stage. A chamber musical by Jason Robert Brown, its love story follows just two characters through their courtship, marriage, separations, and final breakup. The last five years of the title encompass the whole arc of this relationship, from beginning to end, as the couple bare their inner thoughts, joys, frustrations, and dreams. Minnesota Jewish Theatre Company’s new production places the audience practically inside the living room for this comedy-drama.

Not all shows feel right in intimate confines, but if ever a musical calls out for “up close and personal,” The Last Five Years fits the bill. The action is so close that it’s hard not to be drawn into the action as we get to know Jaime (Matt Rein) and Cathy (Sarah Shervey). Their joys are effusive, their imperfections irrefutable, their squabbles painful yet very real – and human. With the band hidden behind the plexiglass of the minimalist set, there is little to distract from the personal drama.

This isn’t to say that there aren’t comic moments, because there are many; “A Summer in Ohio” (Cathy’s song about the tribulations of summer stock theatre) and “Moving Too Fast” (Jamie’s song about their whirlwind courtship) were particular audience favorites. The overall arc is serious, however, and gravitas is never too far from the stage. The characters are well cast and have an agreeable chemistry, with the seeds that lead to their breakup growing slowly. Rein’s singing voice is noticeably more powerful than his co-star’s, but this maps fairly well on to his character’s more successful career and buoyant ego. As Cathy, Shervey’s portrayal was dynamic and eschewed the trap of monotony that sometimes plagues actresses in this role. (A large number of the character’s songs are litanies of complaints.)

The Last Five Years is something of a vocal marathon for is performers, being sung almost entirely through and allowing only very short breaks for each performer. The two hours passed quickly, especially with no intermission; it is unsurprising that the second show of the day saw some vocal fatigue. Although this did not unduly distract, the matinee is probably the safer bet.