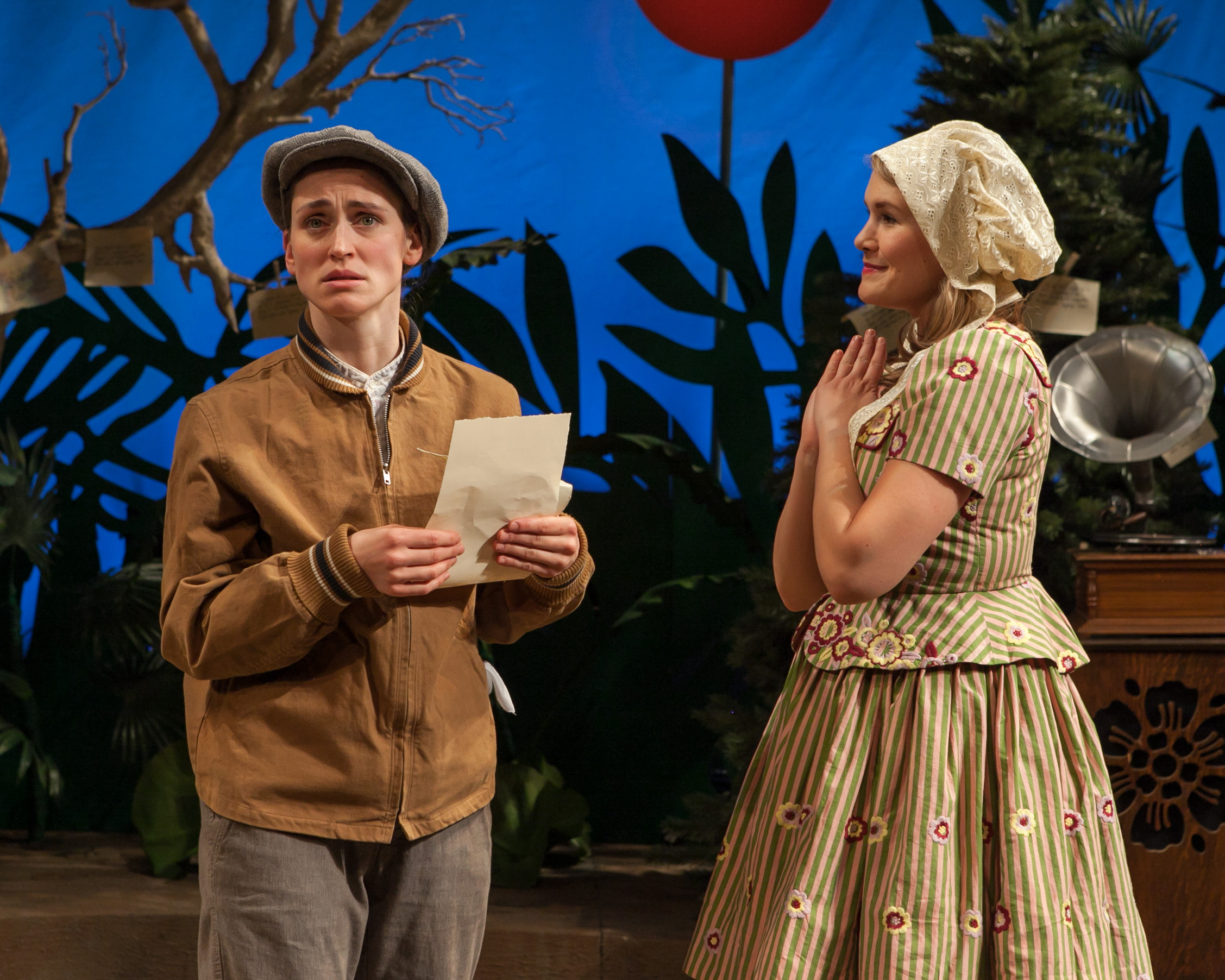 Elizabeth Stahlmann and Megan Bartle in As You Like It. Photo by Heidi Boehnenkamp, courtesy Guthrie Theater.

Though it may not sound like one, it’s a compliment to the Acting Company’s production of As You Like It—now playing in the Guthrie Theater’s Dowling Studio—that it made me want to see a different production. What if you cast a male actor to play Rosalind in cross-dressing disguise as Ganymede? The chemistry between this production’s Orlando (Joseph Midyett) and Rosalind-in-drag (Elizabeth Stahlmann) is intriguingly high, particularly given Orlando’s seeming flirtation with the courtier Le Beau (Michael McDonald). As You Like It, sir.

This is a breezy and engaging production, with many scenes buoyed by the Acting Company’s trademark naturalistic style of presenting the Bard’s work. Especially good are Stahlmann, who plays Rosalind as loose and endearingly geeky despite having the kind of cheekbones you see on Vampire Weekend album covers. She’s well-matched with Megan Bartle as Rosalind’s cousin/BFF Celia; their escape into the woods feels not unlike an episode of The Amazing Race.

The woods themselves are one of this production’s triumphs: a beautiful and versatile set by Matt Saunders, complemented by Michael Kiley’s inventive sound design. The gramophones-as-livestock (I won’t even try to explain) schtick gets a little old, but the papier-mâché animal masks—spooky and grotesque—are a highlight of Terese Wadden’s fantastic Jazz-Age-influenced costume design.

This production is the latest in the Acting Company’s NEA-funded “Shakespeare for a New Generation” series—a series that’s now 10 years in and will soon require a name update to “Shakespeare for a Newer Generation.” It’s the best Acting Company production I’ve seen since their superb 2009 Henry V, refreshing in that director Dan Rothenberg didn’t seem to feel the need to produce a definitive interpretation. This show goes down easy, and yet will leave audience members of all generations with a lot to think, and talk, about.