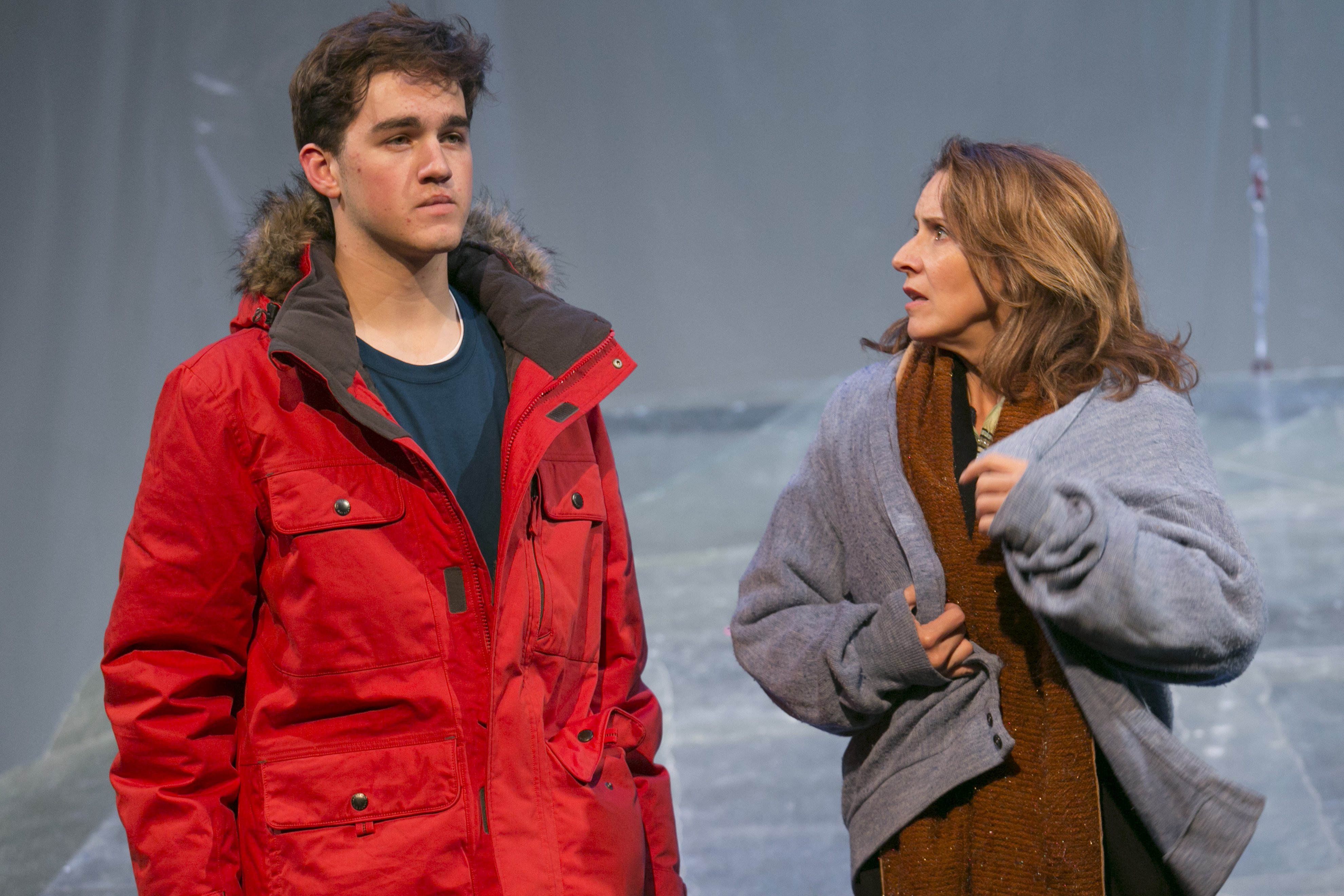 One of the most transformative movements in 20th-century opera was verismo, which foregrounded realistic depictions of everyday life. This focus on realism, especially in examinations of contemporary lower-class life, opened the floodgates to a rich array of stories that simply had not been told or were previously being swept under the rug. Lake Untersee similarly pulls back a veil, revealing a story that delves into a condition still largely absent from the theatrical limelight.

The heart of this new play by Joe Waechter is a family drama, with divorced parents Phyllis (Jennifer Blagen) and Jason (Michael Booth) striving to raise their teenage son Rocky (Michael Thurston). A new girlfriend (Adelin Phelps) doesn’t help the fragile balance, but this outwardly familiar situation is immensely complicated by an unspecified communication disorder (strongly implied to be autism) that sometimes robs Rocky of speech. Tension mounts as words are replaced by pregnant silence and guttural grunts, and the full-blown fit that enfolds in one scene is devastating. Thurston’s performance is exceptional, especially given his age (he is currently a senior at the Saint Paul Conservatory for Performing Artists), and bears watching in years to come.

Several technical features stand out from this Workhaus Collective production. The winter effects are excellently done and Jesse Cogswell has a few noteworthy lighting cues, but the depiction of an Antarctic ice shelf (a scenic design by Geoffrey Curley) is especially impressive.

Waechter’s script is alternately funny, poignant, and heightened, and his characters fill out over the course of the play such that they are familiar yet fresh. It does raise interesting questions about diagnosis and medication, but without letting these background issues overwhelm the narrative as a whole. The script is brought to life by an ensemble with strong chemistry and smart transitions between scenes; everyone comes across as “right” in their respective family units (broken and otherwise). Under Jeremy Cohen’s direction, Blagen and Booth have just the right amount of post-divorce chemistry: their past marriage is plausible and their divorce entirely understandable.

This is a tightly knit production of an engaging new work. Lake Untersee treats with some heavy themes and doesn’t pull its punches, but makes quite the pleasant evening when the story is told.