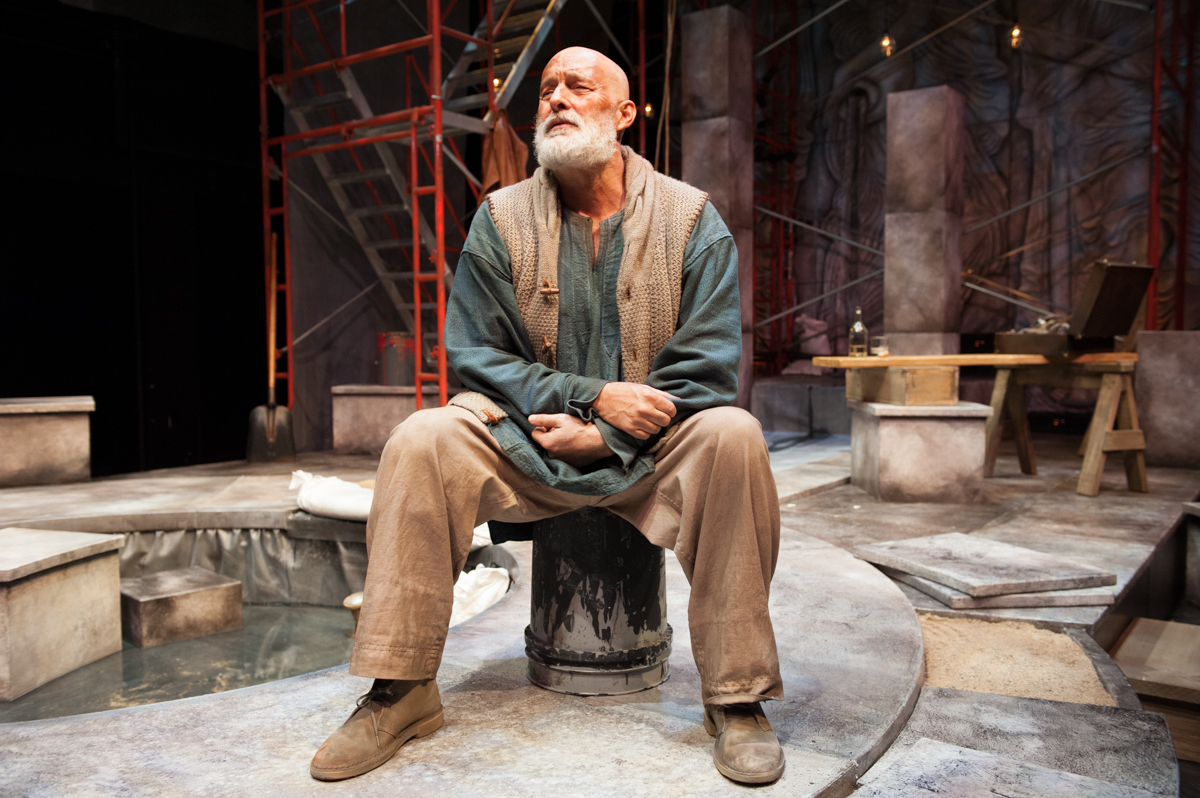 In Athens, Greece, circa 450 BCE, the blind poet Homer was bigger than the Beatles. His The Iliad and The Odyssey put him on the level of John, Paul, Luke, and Matthew in terms of laying the literary foundation of a civilization’s religious beliefs. Dramatizations of Homer’s work are always a challenge in the modern day and I can only imagine a theater approaching Homer with fear and trepidation. Director Benjamin McGovern rises to this challenge in the Guthrie Theater production of An Illiad.

An Iliad harks back to Homer’s role as an ancient vagabond storyteller. Stephen Yoakam’s solo performance is an enthralling theatrical experience. Playwrights Lisa Peterson and Denis O’Hare provide a retelling of the fall of Troy that comprises excerpts from Robert Fagle’s recent translation, paraphrased commentary, asides by Yoakam, and lines from The Iliad in the original ancient Greek.

Yoakam acts both as narrator and as the various characters. Like audiences of ancient times, those attending could experience the intense entertaining drama that storytellers can convey while also deciphering the multi-layered meanings within the monologue.

Michael Hoover’s avant-garde set design invokes a temple under construction with various levels and elevated ramps. Yoakam’s Homer effectively uses the entire space to perform key scenes: Achilles rages against Agamemnon; Andromache pleads with Hector; Protrocolus is killed by Hector; and Achilles drags Hector’s body around the walls of Troy. At times, Homer himself seems to get caught up in the frenzy of graphic depictions of battlefield death in the Bronze Age.

The most powerful scene comes near the end of the play. Homer delivers to the audience an unsettling and scathing indictment of humanity for allowing war to continue.  This climax skillfully and poetically brings Homer’s message about the futility of war to the foreground. Through Homer’s own breath, the aura of violent death and the glory of heroic self-aggrandizement spills from The Iliad and flows through three thousand years ending with the war in Afghanistan and the civil war in Syria. At the end, the audience can’t help but agree with Homer’s introductory hope that this rendition of his neverending story will be its last.