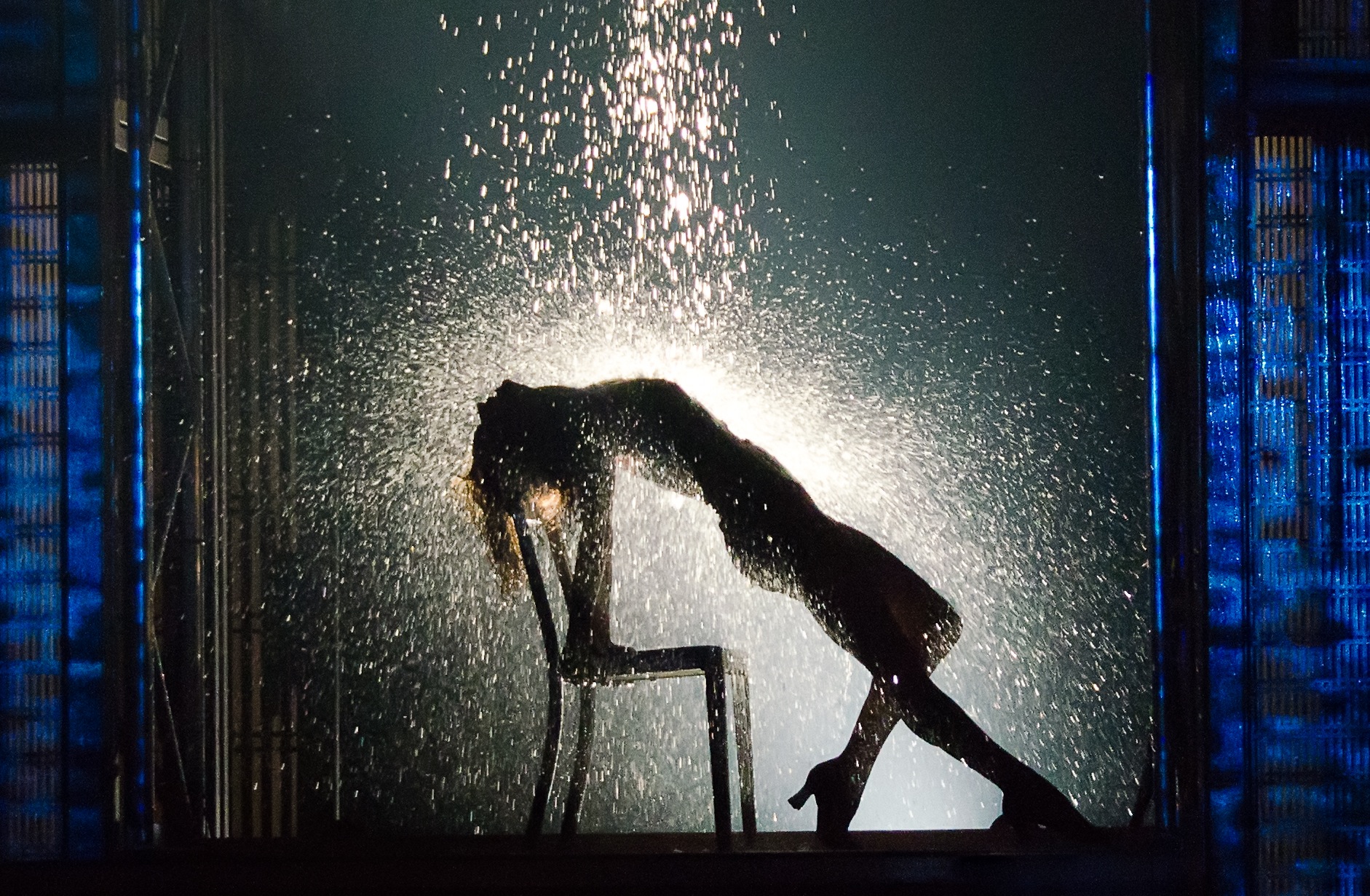 Flashdance the Musical has, as its promo tagline, “What a feeling!” However, that’s exactly what makes the production stall before reaching the second act: a lack of feeling.

By the time the first act comes to a stilted, uneventful close, there’s a lot of wonderful dancing; singing that ranges from decent to pretty good; and a static, paint-by-number book following the standard Broadway musical blueprint. Girl meets guy, add hot water, and you have instant, true romance destined to see them live happily ever after with nothing really at stake.

This despite the fact that the premise is rich with promise: set in a blue-collar world where Alex (the girl) wants to quit stripping and dance legit and Nick (the guy) wants to do the right thing by employees at his family’s steel company. The script takes short cuts, sells its characters short and, glossing over any sense of realism, blithely solves everyone’s problems in wholly implausible fashion.

Halfway through the mercifully brief second act, you can call the shots and see everything coming to the extent that all there is to hold your attention is the singing and dancing. On the bright side, the dancing is brilliant. On the whole, screenwriter Tom Hedley took his story, vaguely viable even by Hollywood’s measuring stick and, with Robert Cary, threw together a slick, take-the-money-and-run rendition of the 1983 hit flick.

When you have a show with thoroughly memorable hits from the movie version, like “Flashdance…What a Feeling,” “Maniac,” and “Gloria,” you’ve got to have vocalists who can give Irene Cara, Michael Sembello, and Laura Branigan at least a good run for their money. That doesn’t happen here. Each of the songs, which should’ve been highlights, gets a fairly pedestrian performance that has none of the original vocal heft. These are good Broadway-style pros who simply are not distinctive artists with the kind of signature touch it takes to pull the material off.

Glaringly, the entire ensemble, led by leading lady Emily Padgett and the quite capable Rachelle Rak and DeQuina Moore, weigh in for “What a Feeling” at the finale. To such comparatively anemic effect, just the memory of Cara belting that song out sounds better. Richer. Fuller. There is a moment well worth sitting through: Rak as, written in for the production, Tess, a veteran pole dancer hanging on by gyrating in a strip-club dive, pretty much stops the show with Joan Jett and the Blackhearts’ “I Love Rock and Roll,” also thrown in.

The production’s original music, number for number, is serviceable—as in it functions, but you forget it soon as you leave. Ultimately, the dance—some it seeming to repeal the law of gravity—is the show’s lone saving grace. It’ll need to have a great deal more than that going for it when Flashdance hits Broadway in August.