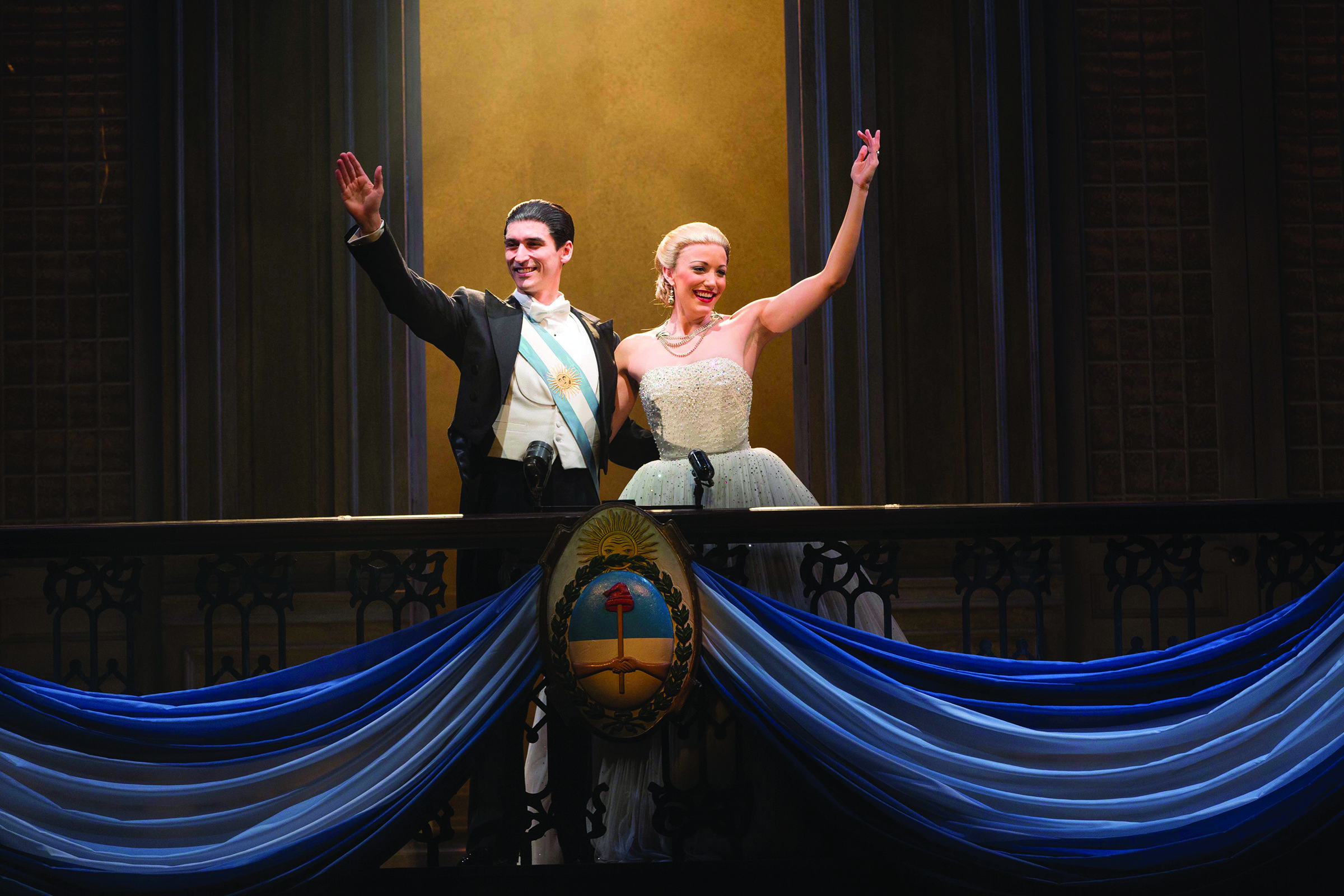 Local theatregoers can be forgiven a sense of déja vu. Just six and a half months after the new Evita tour played at the Orpheum in Minneapolis, this same production has come to roost in St. Paul at the Ordway. Those who caught the first visit will find the Pig’s Eye stop cut from the same cloth, from the set and the cast to the giant heads of Eva and Juan Péron that greet the audience are the same. So what’s different?

The answer, it turns out, is quite a bit. The expansive set shone in the Orpheum, but feels a little cramped and less grand in the Ordway’s proscenium. The dancing is fun to look at, but not quite as crisp as in the previous visit. A sense of time travel is much more strongly evident at the start of the show, when theatregoers walk into a fog-filled theater filled with beams of light. The audio mix for the show has also been substantially tweaked–and unfortunately not for the better.

One of the cardinal sins of English-language theater is to have words that cannot be heard or understood. Tuesday’s audience might have wondered if someone was asleep at the soundboard, because the vocal mic levels were too low and the added reverb far too high, even for the funeral laments at the start of the show. During intermission, many audience members complained about their inability to parse the lyrics, even when they knew the music well. (Lest you think this problem confined to a given band of seats or age group, I polled audience from the balcony and orchestra seats, and my own hearing tested as significantly better than average earlier this summer.) These low mic levels had the unfortunate effect of making some of the show’s softest and most moving moments, like “Another Suitcase, Another Hall,” mostly inaudible. This major kink will hopefully be rectified soon, because there is much that is excellent about this production.

Evita is a grand drama, with a sweeping political backdrop and fundamental constructions of society clashing in the background. When Argentina’s leading lady captures the crowd, it’s intoxicating; when she collapses, it’s devastating and tearjerking. Although this production has a few scuffs, it’s still amazing spectacle.