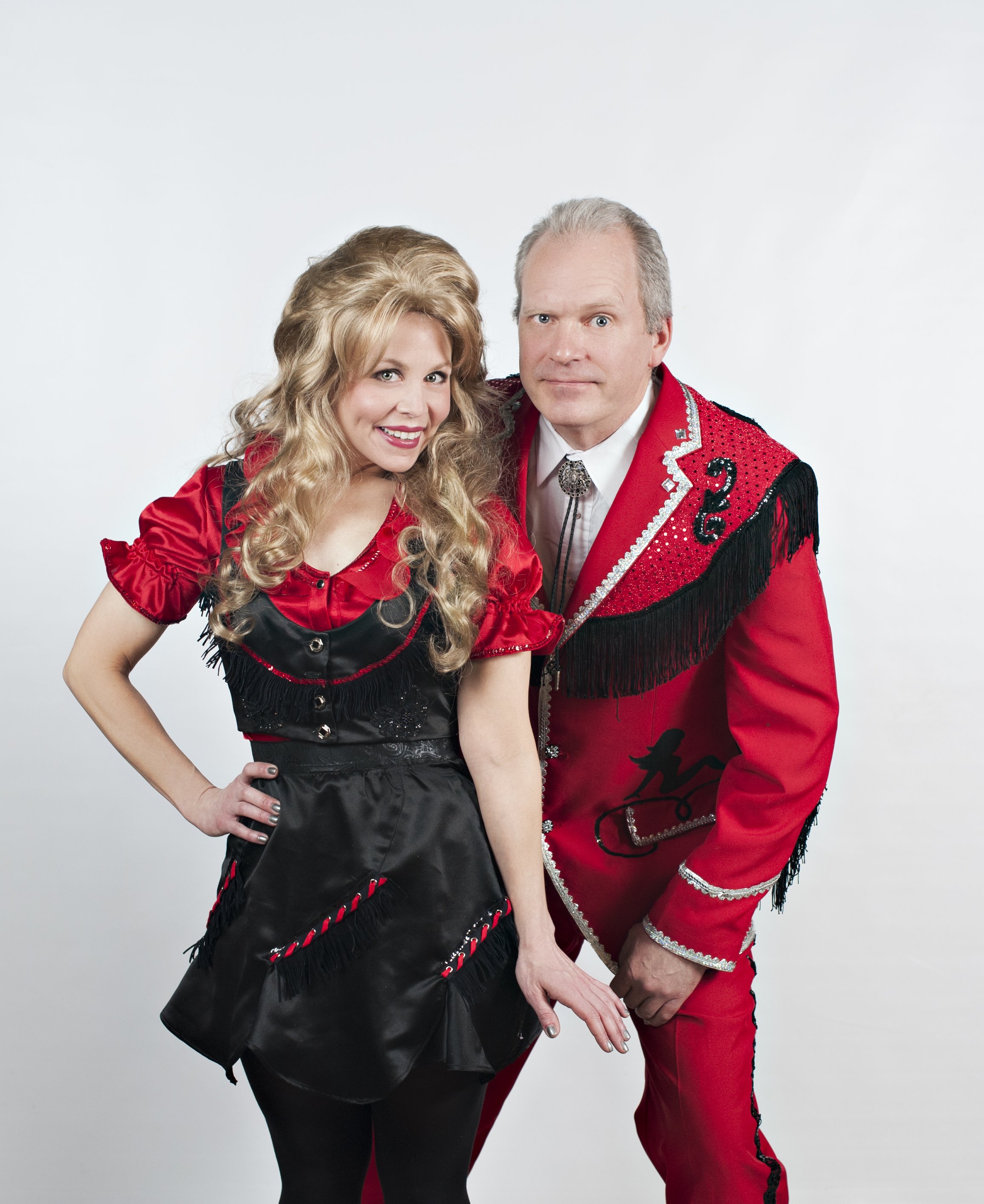 Early on in The Doyle & Debbie Show, its washed-up country star (David Andrew Anderson) introduces a song that, he explains, was written because of a dearth of uptempo country songs for women. Its title? “Barefoot and Pregnant.” Its content? A decidedly non-PC satire of an ode to being a stay-at-home mom, to the refrain of “Just keep me barefoot and pregnant, / that’s all I wanna be. / Keep me knocked up and cooking; / it’s a sure fire recipe.” If the basic premise is too offensive to contemplate, you might want to give TD&DS a miss. If a cross between Mel Brooks and Tom Lehrer’s humor sounds appealing, you might want to hop on down to the New Century Theatre.

The basic setup of The Doyle & Debbie Show is a late-life comeback effort by Doyle (Anderson) and his new partner Debbie (Kim Kivens). To say that Doyle’s age is showing and he carries a lot of baggage is an understatement; many a song is enlightened by the terrified reactions of band member Buddy (Paul Somers), whose thankless job is to try and keep the on-stage trainwrecks from fouling too badly. The real attraction, though, is the slew of tongue-in-cheek country music send-ups that fill the show-within-a-show.

These songs sound familiar yet fresh with their humorous twist, even when parodying hit songs of yesteryears. The music and lyrics to TD&DS were written by Bruce Arntson, a Minnesota native now residing in Nashville, and are both clever and catchy. Each song is built around a different line of parody or gimmick, and is usually joined by laughter within the first two lines. This makes for a ninety-minute production that passes quickly and lightly. You might easily find yourself humming “Stock Car Love” or “Blue Stretch Pants” as you leave the theater, or reciting snippets from songs like “ABC’s of Love” (“My PhD in ESP trumps your MA in STDs.”)

The set of The Doyle & Debbie Show is gaudy but fairly minimal, as befits the “desperate comeback tour”-type atmosphere of the show’s setup. Lighting designer John Jovanovich has even included a few sight gags to complete the atmosphere of parody. The musical backing uses prerecorded tracks, which does the job – but one hopes that the next such production in the New Century Theatre will use a speaker placement that makes it sound more like the music is coming from the stage, rather than from the ceiling. Fortunately, there’s a lot of laughter to distract from that design quibble.