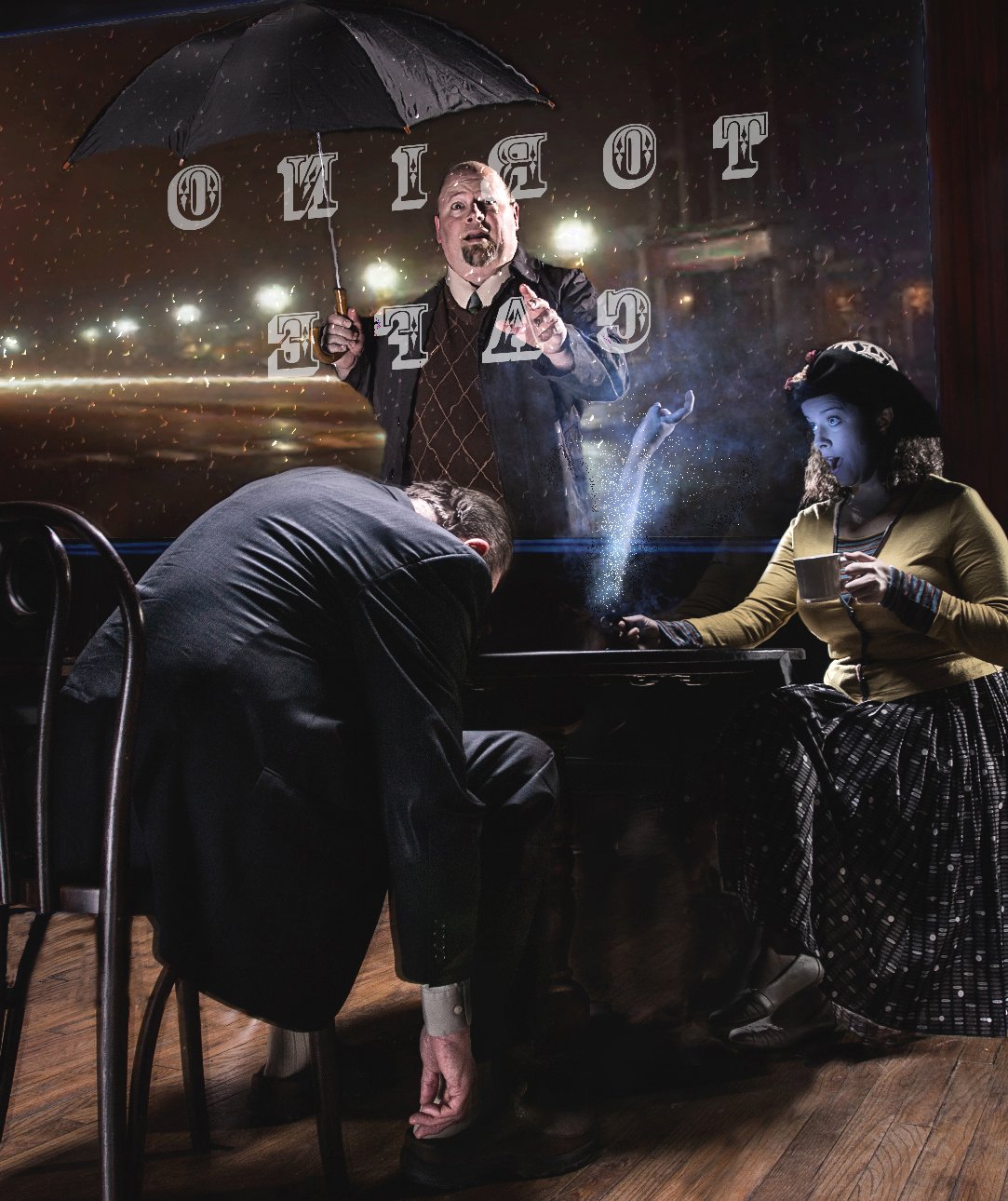 The play-licensing company Samuel French describes Sarah Ruhl’s Dead Man’s Cell Phone as a dramatic and romantic comedy, with a contemporary setting and a strong role for a leading woman. These are all technically true, and also likely aspects that the audience will overlook when seeing Theatre in the Round’s production of the play. Dead Man’s Cell Phone is a quirky play populated by quirky characters, and the increasingly odd but consistent things that they do are the main attraction.

The main narrative follows Jean (Colleen Somerville Leeman), who finds a dead man (Charles Numrich) in a café and impulsively answers his cell phone – and continues to do so throughout the play, in situations of growing inappropriateness. The line between “quirky and endearing” and “implausible and annoying” is often fine, but Leeman’s portrayal and Jamil Jude’s direction keep things for the most part in pleasantly amusing territory. That said, it’s quite fun to see Jean finally getting her comeuppance when consequences finally catch up with her in a hilariously campy fight scene choreographed by Steve Looten, Jr.

Some aspects of the script have aged better than others. Dead Man’s Cell Phone was first staged in 2007, on the cusp of the smartphone revolution. A the time, cell phones were ubiquitous and cell phone etiquette less clear; now, cultural norms have shifted so far that answering and fiddling with phones in almost any social situation scarcely bats an eye. This shift blunts the edge of several anti-cell phone diatribes worked into the play. The indeterminate contemporary setting also obscured how the other characters interpreted Jean’s interrupting intimate conversations and romantic moments to answer “her” phone. Only at the end of the first act does it become clear how far Jean’s naïveté extends, whereupon things swiftly go to hell in a very humorous handbasket – especially when the titular dead man gets to weigh in on Act One’s events.

Theatre in the Round’s production of Dead Man’s Cell Phone makes for a pleasant, low-calorie evening. While not the most filling of fair, it does provide many chuckles and a few magical moments to give it substance. It’s also a perfect play to take a friend who you’d like to subtly tell not answer their cell phone so much around you.