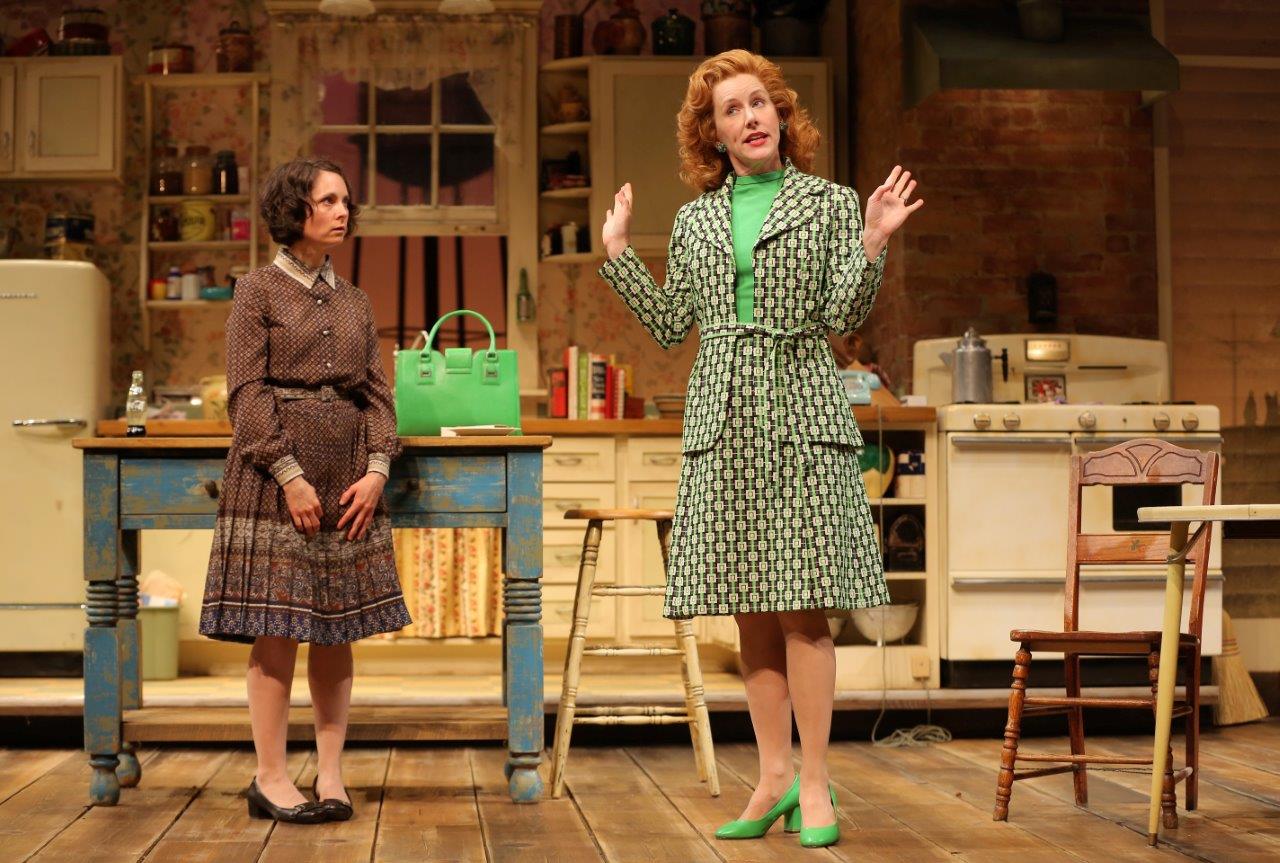 Crimes of the Heart is an emotional rollercoaster. Given its starting premise that Babe (Ashley Rose Montondo) has shot her long-time husband and refuses to disclose why, this is not surprising. What is more surprising is the engrossing siblings’ narrative that threads through the larger story. Attempted murder is nothing to sniff at, but it’s often backgrounded by the emotional assaults that Babe and her sisters Lenny (Maggie Chestovich) and Meg (Georgia Cohen) inflict on each other – both intentionally and accidentally.

Verismo is the dominating aesthetic; a particular strength of the production is how well the six-person cast exudes their shared histories that are only partly revealed by the script (though there are revelations and disclosures aplenty). There are no weak players in this cast, but if there was an Ivey for Best Onstage Siblings, the Montondo-Chestovich-Cohen trio would be a surefire nominee. They are joined by Chick Boyle (Sarah Agnew), their nosy and highly opinionated cousin; Doc Porter (Sam Bardwell), a onetime love interest; and Barnette Lloyd, a defense attorney. Although these latter characters flit in and out of the larger sibling drama, their appearances are memorable.

The action takes place in and around a beautiful, sometimes wispy skeleton of a house designed by James Youmans. This house is full in form and filled with virtual and actual windows that let action spill easily into the upstage and downstage yards; it fills much of the stage at Wurtele Thrust without overly dominating the scene. The use of translucent structural elements for some portions is a nice and unusual visual touch that adds nicely to the sense of the house (and the play’s events) operating in a larger space.

Family reunions in times of crisis being what they are, the titular crimes of the heart are far more numerous than they first appear – and sometimes long-buried. Beth Henley’s script is engaging, new developments and revelations come quickly, and two and a half hours pass in a much shorter-seeming span of time. The production tugs at heartstrings in the same breaths as it provokes chuckles and uproarious laughter.