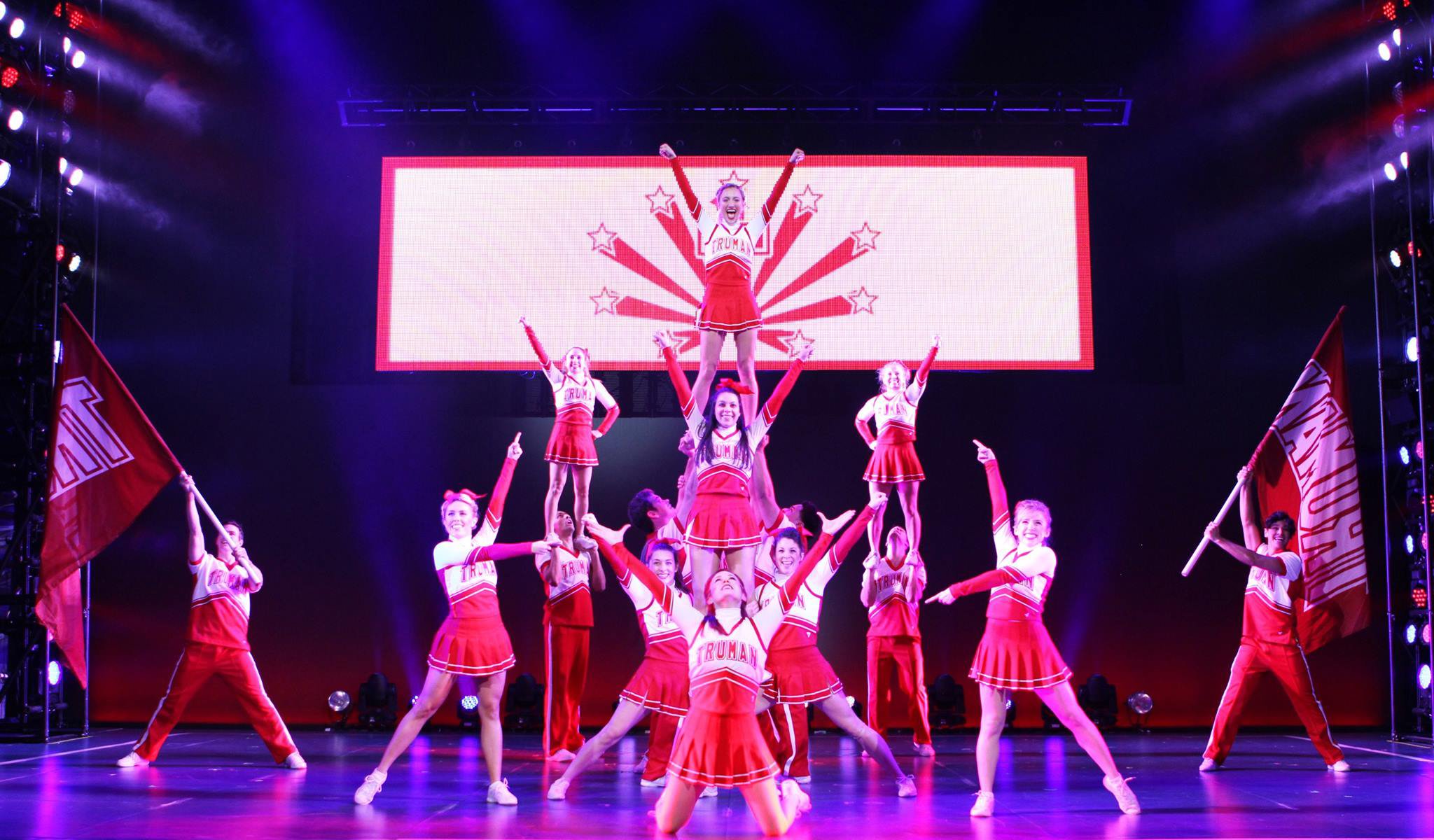 Have you ever watched Glee and thought what the show needed was less talking and more of the McKinley High School cheer squad’s high-end production numbers? Do you prefer feats of athleticism and tumbling to fancy footwork? Does competitive cheerleading pique your interest? If you’ve answered “yes” to any of these questions, then Bring It On is the musical for you. The show, currently playing at the Ordway Center for the Performing Arts, is exactly what you might expect from a musical about competitive cheerleaders. It’s light on plot, is high on eye-catching and high-energy cheer routines, and saves its most impressive moves for the turbo drive to the finish.

Like the recent Mamma Mia! tour that visited Minneapolis this season, the plot of Bring It On: The Musical is best not dwelt on. The production numbers are far more interesting, and the spoken dialogue moves things along well enough. The script, by Jeff Whitty of Avenue Q fame, is lowbrow but not boring, with a high quotient of zingers and amusingly puerile remarks. Tom Kitt’s score is often more functional than distinguished, but is laced with several gems. The mid-Act I Jackson High segment features three strong pieces in a row (“Do Your Own Thing,” “We Ain’t No Cheerleaders,” and “Friday Night, Jackson”), and Act II puts the two best musical pieces in the show (“Killer Instinct” and “We’re Not Done”) back to back. None of the less distinguished pieces overstay their welcome, however, and a high-energy cheer/dance routine is never too far away.

Dancing and cheering aside (and the lines are fairly blurred here), the best song performance is delivered by Emily Mitchell as the pint-sized villainess Eva, in her excellent number “Killer Instinct.” A combination of casting, costume, and makeup gives Eva an uncanny resemblance to Britney Spears circa 1997, which makes for a hilarious combination with the over-the-top ruthlessness of the song’s lyrics. Mitchell knocks it out of the park, beating stiff competition from Campbell (Nadia Vynntsky) and Danielle (Zuri Washington)’s making-up duet “We’re Not Done.” This latter song, and the scene that leads up to it, is a most unexpected part of the show: a sincere, heartfelt exploration of friendship and forgiveness. It’s a beautiful moment.

The dance numbers include a high cheerleading routine quotient, as one might expect, but it’s far from monotonous. Krumping gets its day, and a few other urban dance styles are interspersed and played to the hilt. If you ever wondered what it would like to see a Leprechaun costume mascot getting down in a dance club, well…you can find out here–and it’s hilarious. Some of the supporting vocal performances are lackluster, but not egregiously so. Bring It On: The Musical serves a pretty good time.