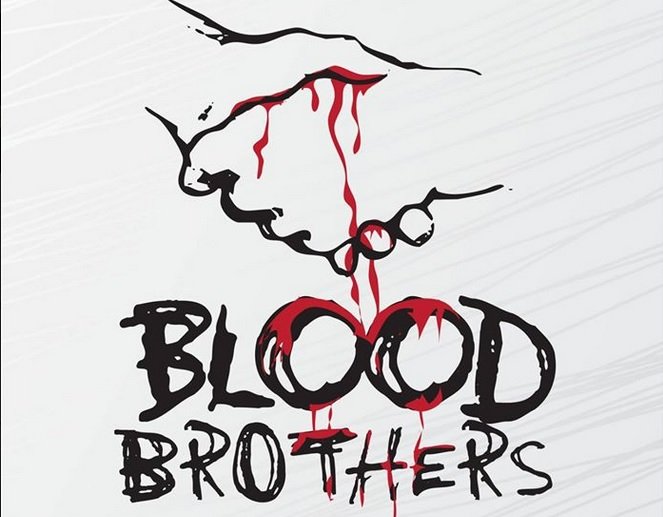 Blood Brothers, a musical now playing at The Chameleon Theatre Circle in Burnsville, is one of the most popular shows that you’ve probably never heard of. This separated-at-birth drama played in London’s West End for more than 10,000 performances between 1988 and 2012, and crossed the Atlantic for a successful two-year run on Broadway. Why, you might ask, is this not a show that gets produced very often?

First, this is not a feel-good musical. It has some lovely comedic moments, especially the various childhood scenes, but the dramatic intensity builds to tragedy. It’s wonderfully cathartic to experience when done well, but a bad production can easily leave the audience high, dry, and depressed. The score is also extremely economical in its recycling of musical and lyrical themes, and demands a great deal of its actors to keep this from seeming repetitive. Much of the impact of the material plays off subtleties like differences in regional and class-driven dialect and delivery, which require dramaturgical input and expert dialect coaching. These are not easy barriers to overcome.

So how does CTC’s production measure up to these challenges? To start with, this blackbox staging forgoes expansive sets, placing the cast front-and-center between two wedges of the audience. This foregrounds the human drama and works quite well as a framing device. Much of the heavy lifting of the dramatic arc is held up by actress Jodi Tripp, excellently cast as Mrs. Johnstone. Johnstone’s divorce and pregnancy with twins puts her in the terrible position of giving one of her children up for a secret adoption. The adoptive mother, Mrs. Lyons (Katie Wodele), swears Johnstone to secrecy about the whole affair – but the two parents’ actions are insufficient to keep their children from eventually reuniting. A rather creepy narrator (Richard William Kopf) lurks in the background to periodically revive the sense of dread and impending tragedy.

Some of the best parts of Blood Brothers are the antics of adults playing children. The physicality and vocalizations are spot-on, and the brothers-raised-apart Mickey (Jim Christianson) and Edward (Evan Wilberg) are brought to life with engaging vivacity. Not all of the cast’s accents stayed on throughout, but the leads were generally solid, as was the ten-person instrumental ensemble.

As mentioned before, musical originality is not one of the show’s overall strengths, but it does have some very charming moments that come across very well with this cast. A notable feature of the score is opening overture, which makes use of multipart vocalizations. Other standout song performances included the hauntingly done “Easy Terms” (about the selling/adoption of a child), the ironically upbeat factory cutback song “Miss Jones” and “Light Romance.” The pièce de la resistance, however, is the “Tell Me It’s Not True” finale led by Tripp/Johnstone. The plot of the musical is hard to sum up, but the performance of this last song did so neatly, landing with tremendous emotional weight and a rippling, shimmering gravitas of a sound that makes you want to smile and cry all at once.