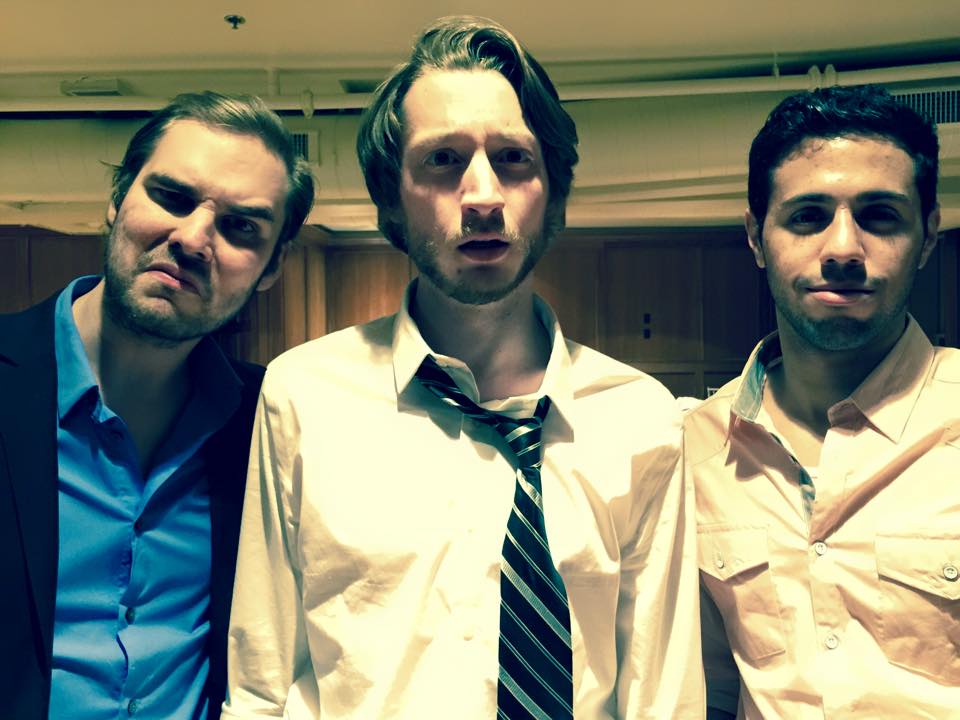 Friendship is often as strange and random as family. Though you can’t choose your family but you can choose your friends, the circumstances that bring us in contact with those that become our friends are frequently just as out of our control. The same school, the same place of work, the same passion for a particular subject—these serve as the catalyst for unlikely pairings that might not otherwise ever cross paths. But just like romantic relationships, friendships need attention, care and feeding, or they’re likely to wither. Even if you don’t see your family members for years at a time, you’re still family. But if you aren’t deliberate about staying in contact with a friend, after a while can you still call them your friend? As we grow and change, do our friends and those friendships grow and change with us? And what happens if they don’t?

“That’s a question that would take us down a very long road.”
“Lead on.”

That subject is why Yasmina Reza’s play Art and its premise, three friends battling over the meaning of a painting, is such a compelling piece of comedy for me. Normally if you gave me a title and plot synopsis like that, I’d run in the opposite direction. But Theatre Coup d’Etat’s production of Reza’s play isn’t really about art so much as it’s about how we see things differently from other people—and how we see other people, and they see us, is often very different as well. The three adult male friends in ‘Art’ —Marc (Lucas James Vonasek), Serge (Elohim Pena), Yvan (Kevin Fanshaw)—after 15 years of knowing one another, may finally have reached a point where they just may not fit together anymore. And just like all close friends, they know the things about you that will inform them what to say to hurt you most.

“Apart from being disastrously open-minded, you’re quite sane.”

Serge has bought a paint for an outrageously large sum of money. The painting is so abstract that it’s just a field of various shades of white. You have to squint to even see a pattern emerge. Marc thinks the painting is a joke and Serge taking it seriously calls his judgment and good taste into question. Yvan is caught between the two of them, trying to keep things from getting out of hand even as his own life is quickly spiraling out of control due to wedding preparations pitting his fiancee against his mother, stepmother and mother-in-law-to-be. All three guys are so different in temperament and personality that it’s a wonder they ever worked well as a unit. Their current argument, and bewilderment at each other’s actions, leaves each of them unsure about the state of one of their formerly most reliable relationships. It may seem like a small thing on the surface, but the deeper the rift between them travels, the more it causes them pain.  Parting ways is hard, but after so much is said, how can they go back?

“In recent years these nostalgia merchants have become quite breathtakingly arrogant.”

The high stakes over something as seemingly silly as a white painting makes for a charged comedy—very funny, but pointed.  Under James Napoleon Stone’s direction, each of the actors fully inhabits their complicated characters, as well as making us see the history behind each of their relationships together and collectively. Reza’s script knows how to keep all those argumentative balls in the air, each person adapting to their friends’ new line of attack. I don’t know if I should consider us lucky or unlucky if we’ve had one of these arguments. Friends have permission to mess with your weak spots in ways to which you sometimes don’t even allow your family access. But the fact that you can find someone you trust to have that kind of investment in your life, that’s got to be a positive even if it leaves you vulnerable – right?

“It represents a man who travels across space, and disappears.”

The play asks for a simple setting in order to put the focus on the actors and the words. Theatre Coup d’Etat has found an intriguing space in the upper room of the Muse Event Center in downtown Minneapolis, a room full of big comfy leather couches and armchairs, plus some high tables as well as additional risers with more utilitarian chairs, surrounding the performing space on all sides. The production is staged well for theater in the round, giving everyone an open angle on the action and a rotating focus on different participants in the argument. Added bonus is a fully stocked bar that prides itself on the cocktails it makes.  Kick back for a drink and a night with friends, just like the contentious characters onstage.

“You should never let your friends be unchaperoned.”

‘Art’ is a basic “three dogs after the same bone” kind of play, but it’s executed so well, both on the page and on its feet, that it gives you a lot of laughs and food for thought. You can’t ask for much more than that.