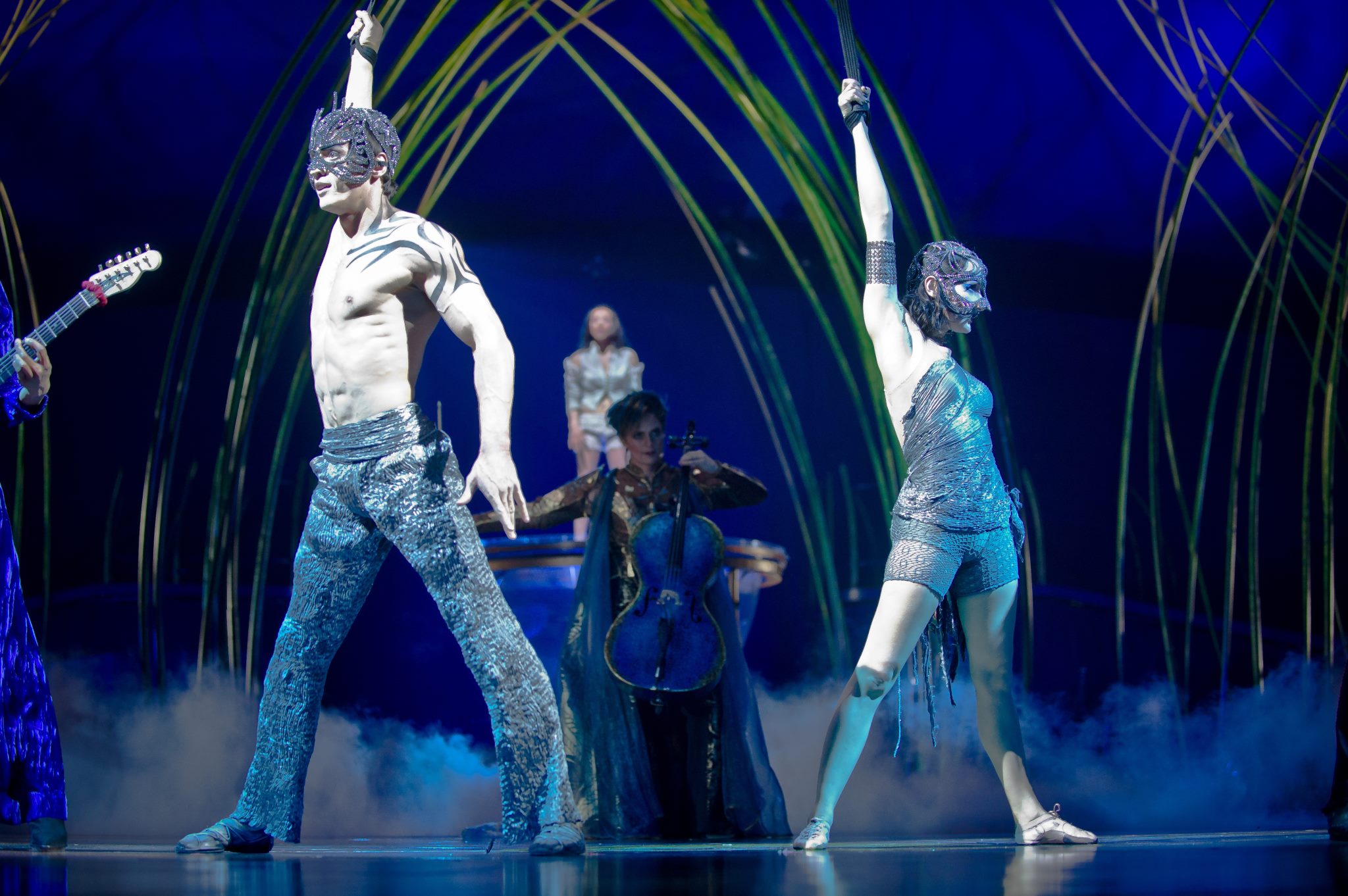 Under the big top is where I spent my night on September 26—and what an unbelievable sight it was. Whether you have been to a Cirque Du Soleil show before or this is your first, you will be in for many new surprises. Amaluna, one of the newest incarnations of the wonderful traveling circus, is playing near Mall of America through October 20. The show is set on an island that’s run by women until a group of young men show up. A love story unfolds as a young couple encounter multiple trials and tribulations.

The characters are well-established from the start. Some are comical, some are quiet, and others are musical. These characters interact with the audience. They laugh at audience members, they eat spectators’ popcorn, and they drape their creepy costume tails about viewers’ shoulders. For some audience members, it’s quite the ordeal!

The music is original, with characters singing the story and the musicians walking about the stage to strum their guitars and play their bongos. The set, an island forest, features branches and limbs that are simple yet dramatic and make you feel as though you are in a forest. A large water bowl is moved about the stage and even allows for cast members to make quick, symbolic “dips” into the water.

The big yellow and blue tent looks gigantic from the outside but feels small and intimate from the inside. Maybe part of the reason for that sense of intimacy is the interaction by the cast from the moment I took my seat. The performers have this stare about them that’s almost eerie; never actually smiling or even speaking. It leaves you with a “oh my” feeling.

My attention was caught immediately by the characters filling the aisles and climbing up tall beams to the top of this very large tent. There were moments where I held my breath while a daring move was being performed. There were moments that I laughed at the clownish comedy, and there were moments I caught myself saying out loud, “oh my goodness” and “that is unbelivable.” The only downside in the entire 130-minute show was that the singers were quite difficult to hear at times. Enough was going on around me that I didn’t mind that too much.

This show has everything, from comedy to lust to danger. There are a lot muscles to look at, which might make you wonder about your next trip to the gym. It would be a perfect date night for all ages or an appropriate afternoon show for a family. Cirque Du Soleil has never disappointed, and the quality of this show far exceeded that of any recent big top performance I have seen!