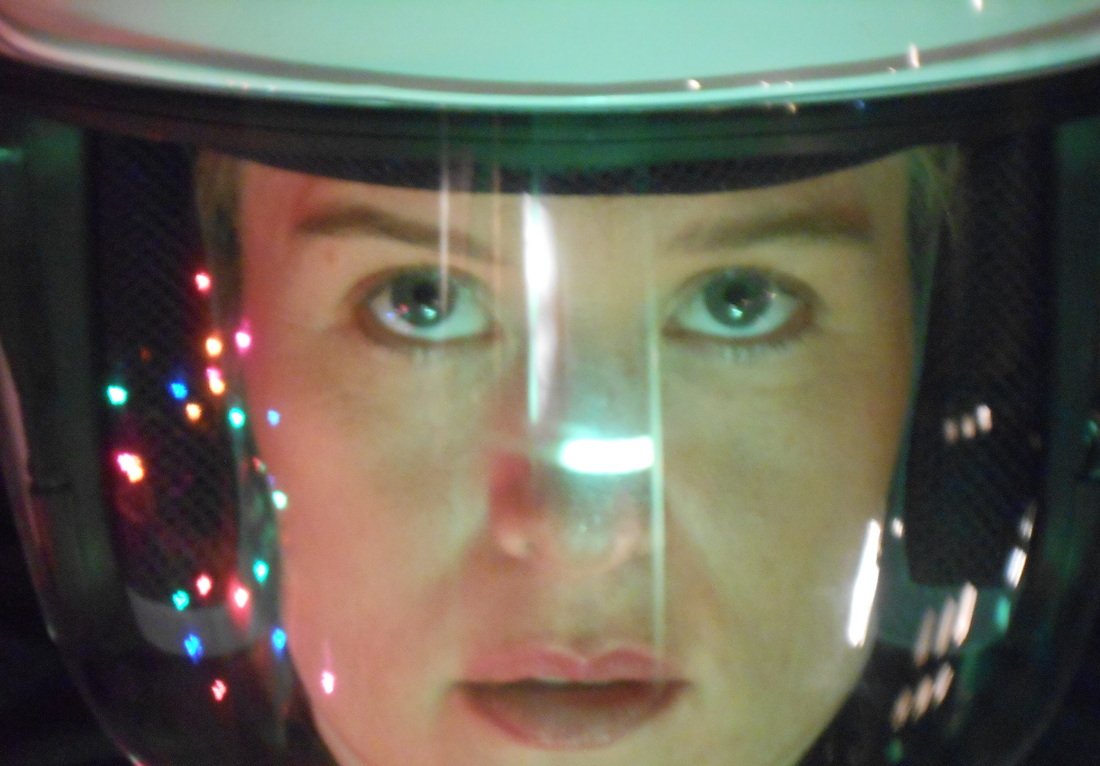 I read the Arthur C. Clarke book and saw the original film 2001: A Space Odyssey on video long, long ago. I was in college when 2010, the much-belated (and less beloved) sequel, was released, and saw it on the big screen at the cheapy second-run movie house near campus. It’s been a long while since I spent some time with this classic science fiction tale. Back when I last hung out with these characters, both the years 2001 and 2010 were still considered the future, rather than our recent past. So I basically remember the following: the apes and the monolith, Also Sprach Zarathustra, the Blue Danube and dancing spaceships, the space child, and of course, the HAL 9000, a supercomputer that goes a little nuts and turns against his team of astronauts on the way to Jupiter. That’s about it. Just the touch points of modern American mythology and little else. Given the scope and visual grandeur of the film, I was hard-pressed to come up with something I thought was less suited to a stage adaptation.

“It appears to have been deliberately buried, four million years ago.”

And yet, here I was sitting in a theater waiting for Green T Productions to present their version of 2001: A Space Odyssey. Green T takes their inspiration from the theatrical traditions of Asia, though in recent years they’ve broadened their bag of tricks to include other world performance forms. In the novel, Clarke enjoyed explaining everything. In the film, Kubrick left much unsaid for others to mull over for themselves. Green T’s 2001 brings together elements of both the book and the movie and walks the middle ground between the two approaches to the story. It’s a surprisingly effective strategy.

“This little sun that only shone at night and gave no warmth was dangerous.”

The friend who attended the production with me started raving about it at intermission. The second act further impressed him. Me, I sort of had the same reaction to the stage version that I did to the original film when I first saw it, “What the heck did I just see?” That’s not a bad reaction, mind you. Even as I type this I’m still sitting here perplexed. Did I like it? Sure. Did I love it? I’m not sure it’s a story that’s designed for anyone to love. Be intrigued by, respect, sure. Love?

“He was ordered to disobey his conscience.”

The production team sure loves 2001, though.  Director Kathy Welch gets a fierce commitment to the concept from her design team and acting ensemble. Wander around the stage like apes? Sure, why not? Do a dance with folding fans to simulate the zero gravity dance of nuclear missiles and satellites orbiting the earth? No problem! Intone the phrase “The Dawn of Man” and then hit a gong? With pleasure! The ensemble is dedicated to this story with almost missionary zeal, and to the minimalist physical theater approach without a hint of irony. The folding paper fans are their go-to prop stand-in for almost everything. But because the actors use the fans in particular ways, we quickly understand what they’re supposed to represent each time they’re used.

“They are slowly starving to death in the midst of plenty.”

2001: A Space Odyssey is essentially a story in three parts, each part ultimately leading to a fateful encounter with the monolith. Act One is split between primitive humans, and those of the early 21st century. The leader of one band of cave people, known as Moonwatcher (Ki Seung Rhee), receives signals from the monolith which seem to jumpstart his intellectual development.  Soon, rather than starving or running and hiding, Moonwatcher is using tools and learning to kill.

“Moonwatcher was master of world.  He wasn’t sure what to do next.  But he would think of something.”

Millions of years later, Dr. Heywood Fletcher (David P. Schneider) heads up a top secret scientific mission on the moon when yet another monolith is discovered buried there. Since this monolith sends a signal in the direction of Jupiter, it’s time to launch a more ambitious space mission.

Act Two deals with the misfortunes of the unraveling mission to Jupiter by the spacecraft Discovery One. Life onboard starts out quietly enough. Three astronauts are in suspended animation for the journey. Two others, Dave Bowman (Natalie Rae Wass) and Frank Poole (July Vang), keep the ship on course with the help of the HAL 9000 computer (Matt Kessen). As they draw closer to Jupiter and HAL gets his final instructions from mission control back on earth, things start to get a little screwy.

“I hope you have had a pleasant and uneventful journey thus far.”

Other than the bodies of the actors themselves, the major element transforming the environment is the elaborate and impressive sound design and original music by Miriam Goldberg. In addition to the recorded soundscape, Goldberg and Virginia Haggart perform live music, and lend their voices to signals coming from the monolith. The constant hum and background beeps and blips of the Discovery One spacecraft in act two are especially evocative.

“There are certain risks in space travel.”

The actors, too, lend their voices to the hissing and whirs of the inner workings of the spaceship as they themselves play some of the moving parts of Discovery. Every one of the actors mentioned previously does double, triple, even quadruple duty as both human beings and inanimate objects, as do the other members of the ensemble in key supporting roles—Heidi Berg, Misty Brehmer, Avian Jangula, Jameen Lauck, Heather Quigley, and Mickaylee Shaughnessy.

“The genes unmistakably hold the promise of humanity.”

The Tek Box space in the Cowles Center is almost completely barren. The back wall and sides are hung in white drapes. The monolith is a single black drape that hangs in the center of the back wall, towering over the action for almost the entire play. The lights by Stephanie Richards transform the environment with different colored washes, and the play of brightness and shadow.

“I’m not capable of being wrong.”

The only significant set element is a series of small curved benches that are put together in a variety of combinations throughout the show to represent any number of objects and locations. (Since there isn’t a set designer listed, I’m inclined to credit these to the two prop designers—Lauren Vork and Ryan Voss.) At a key point in the second act, the benches are finally all gathered together to create a circle. There are brief moments in the proceedings when it feels like it’s become a show about moving benches around, but those moments are fleeting, and they pass.

I have to be honest, Green T Productions did something I didn’t think was possible—create a satisfying version of 2001: A Space Odyssey that lives comfortably on a stage. Just like with the original, I’m still wondering “What the heck did I just see?” But there are worse ways for a show to stick in your head. If nothing else, see it because you think it’s impossible. I did.