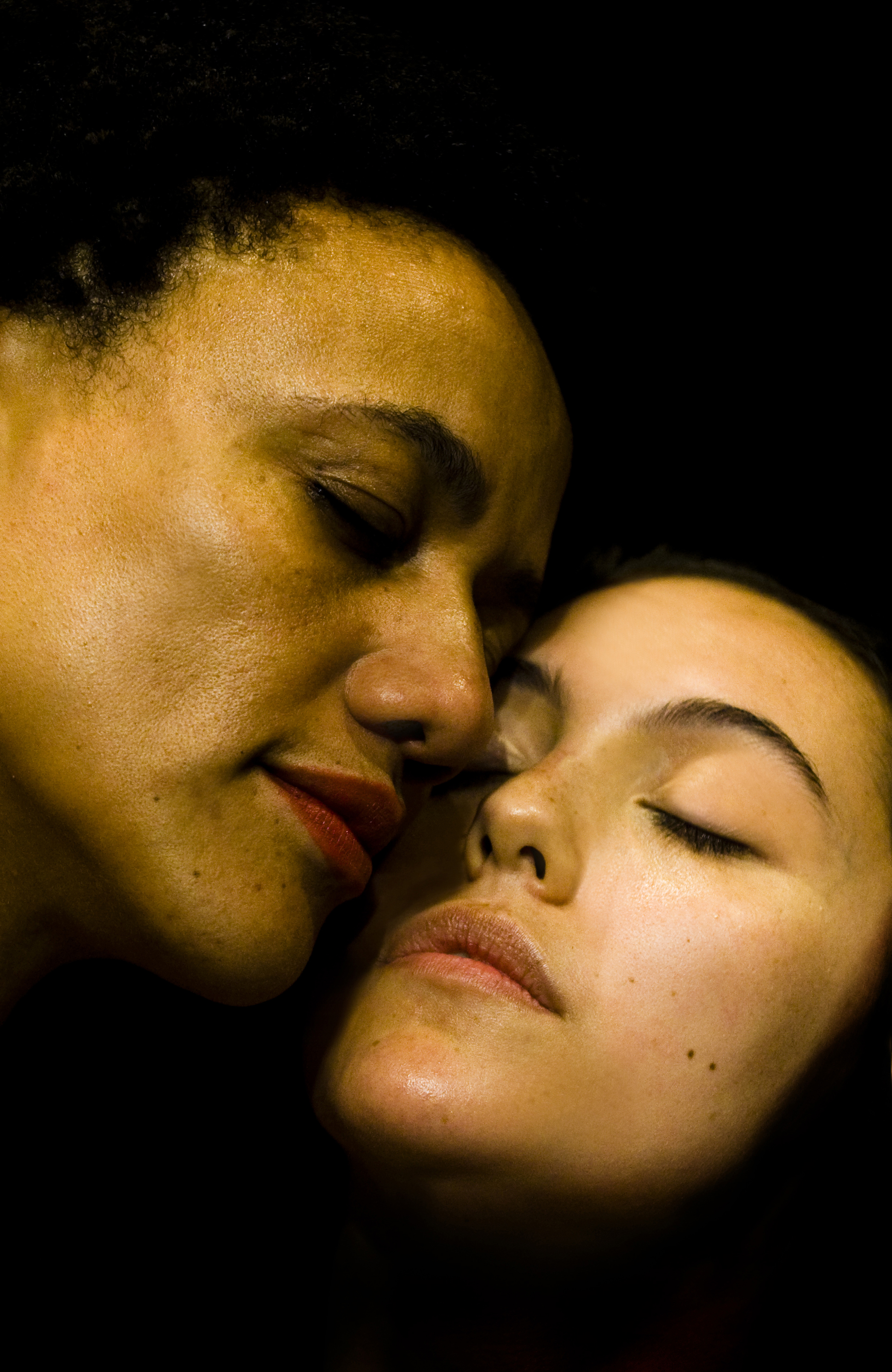 Movie legend has it that on the set of Star Wars, Harrison Ford, frustrated with George Lucas’s clunky space-opera dialogue, complained, “You can write this shit, George, but you can’t say it.” Playwright Rhiana Yazzie’s writing is nothing like George Lucas’s, but actresses Avia Bushyhead and Leah Nelson face a similar challenge in Pangea World Theater’s production of Yazzie’s play Ady. Yazzie’s writing is very literary, in a way that might be good if Ady were a book—but it’s not. This is the first full production of the play, which has had a couple of staged readings, but under the direction of Hayley Finn it still feels very much like a staged reading. It’s not clear to me that, with this script, the situation could be otherwise.

The inspiration for the play was the true story of Adrienne “Ady” Fidelin, a woman from Guadalupe who was lover and muse to the great surrealist Man Ray for half a decade. The narrator and central character of the play, though, is not the original Ady but a latter-day Adrienne, a young woman of mixed black, Italian, and Native heritage who is mourning the recent death of her mother. In an opening monologue, Adrienne (Bushyhead) mentions her fascination with Ady (Nelson); what follows are a series of episodes in which Bushyhead and Nelson take the roles of a succession of characters including Man Ray, Pablo Picasso, Mick Jagger, and Adrienne’s relatives. By the end of the play—do I even need to tell you?—Adrienne has learned a little something about herself and come to terms with her Navajo heritage.

There’s a wealth of rich and potentially resonant material here, but on stage it becomes inert. Yazzie spins through her gallery of characters so rapidly that none of them stick around long enough for us to care about them, and neither the dialogue nor the stagecraft is compelling enough to hold our attention in the absence of a strong narrative. Neither Adrienne, Ady, nor any of the other characters ever emerge from the carefully-crafted structure of the play to take on lives of their own. From the beginning to the end, Bushyhead seems bookish and confused, while Nelson seems to exist in a state of bliss behind a gauzy curtain—which is to some extent fitting, but in a two-actor play, the two actors at some point need to demonstrate a real connection.

Ady represents many things for Adrienne: freedom, confidence, identity. The Surrealists wanted to kick open the door to the unconscious, to liberate themselves from their superegos and get in touch with their erotic ids through a mysterious dreamworld. The playmaking team now known as Cat Fish set the bar high for representing Surrealism onstage with their 2009 play Dalí’s Liquid Ladies, starring Jon Mac Cole as a Salvador Dalí so paralyzed by his own commitment to absolute impulse that he loses track of which impulse to follow; by design, the show collapsed into a sizzling stew of dreams and nightmares. It was seductive on many levels—intellectual, aesthetic, and sexual—as Surrealism was meant to be. In contrast, Ady feels safe and academic.