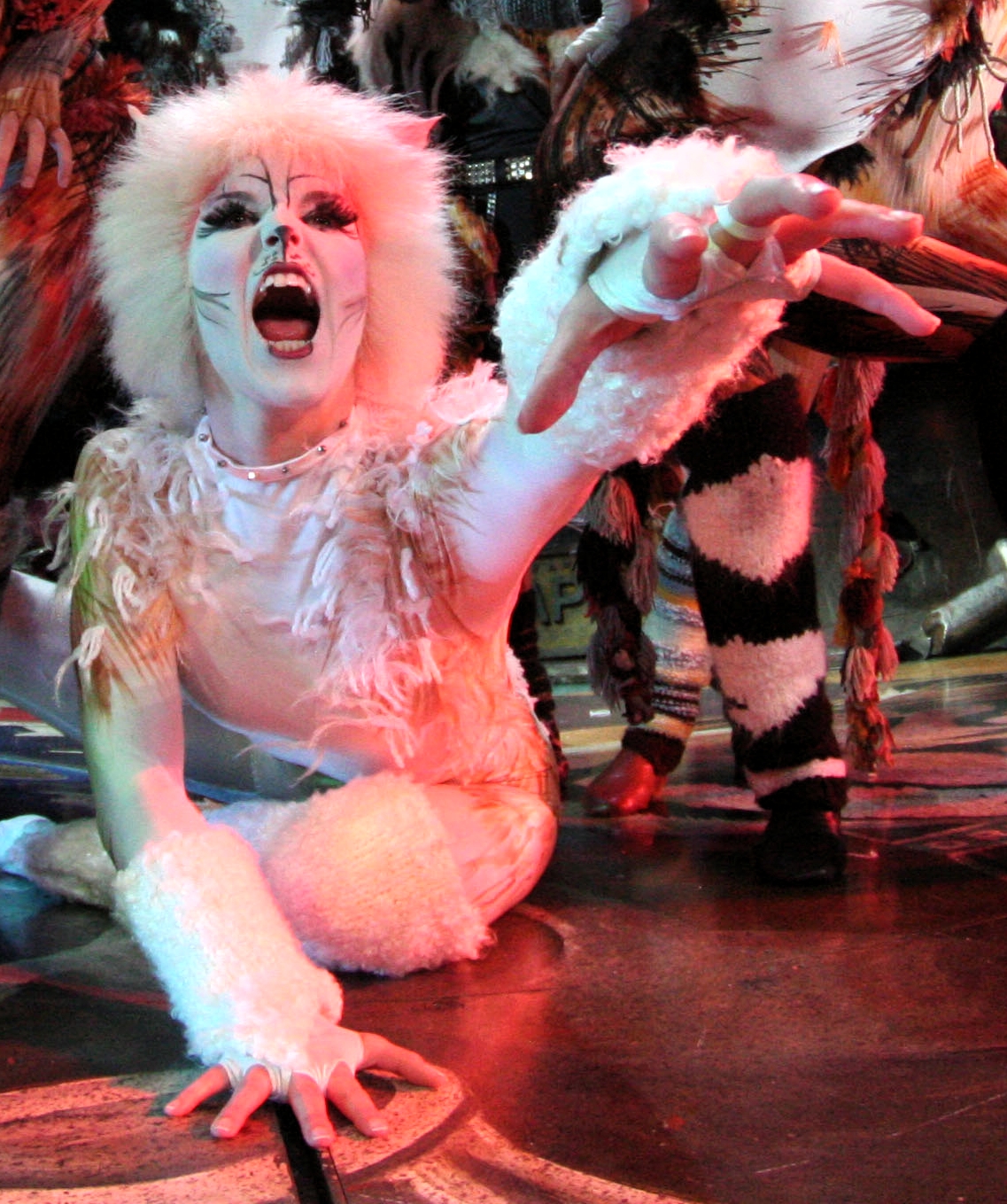 The proverbial cat has nine lives, and the stage production of Cats has had many more. Cats holds the record for being the longest-running musical in the history of British theater, and the longest continuously touring Broadway musical in history. It also held the record of longest-running musical on Broadway for nine years before that record was broken by The Phantom of the Opera. This all translates to five continents, 26 countries, and over 8,500,000 audience members in 27 years! Who wouldn’t be curious to see what all the excitement is about?

Cats opened a three-day, five-production run at the Orpheum Theatre in Minneapolis on Friday. When given the opportunity to review it I have to admit that I had no idea what the show was about. I asked a friend and she thought it was about cats getting old. Okay, I thought, I can relate to that.

I have to tell you that these cats are aging well! From the opening scene to the energetic close there was more energy on that stage then I have seen in a long time. The cast of 25 “cats” pounce, slink, and gyrate through 20 production numbers in a little over two hours. Although these cats don’t talk, they can sing. Through song and dance they loosely tell of the yearly gathering of the jellicle cats where one cat is chosen to go to cat heaven and be reborn. I guess that must have something to do with those nine lives again. It seems that there are three levels of cats, all identified by their names, and that the jellicle cats have the grandest names—Rumpelteaser, Pouncival, Mistoffelees, and others. This notion, and all of Cats, was first conceived by Andrew Lloyd Webber when he picked up a book of poems by T.S. Eliot, Old Possum’s Book of Practical Cats, that had been published in 1939; the poems inspired Webber’s hit musical.

I did find the lyrics in the first three songs very difficult to hear and understand. That is unfortunate, because this is where the plot is revealed. Once I let go of my need to understand the story, I was able to just sit back and enjoy the production. Although I could not identify most of the actors by the cats they portrayed, one number really stood out for me. That was the song “Gus: The Theatre Cat,” which introduced us to Asparagus—”just easier to say Gus” (Nathan Morgan). Gus is a cat who has outlived his usefulness as a mouser and a greeter at the theatre door and certainly seems to be a candidate for the trip to the pearly gates. Lucy Horton as Jellylorum shares the song and does a wonderful job telling the sad story of Gus. The one song from Cats that is universally recognized is “Memory,” sung by Anastasia Lange as Grizabella, another cat past her prime. Lange does not disappoint in her rendition of this song, and the audience was very appreciative.

There are no scene changes in this production. The setting for the story is an old junkyard, which lends itself well to the cats’ movement by providing plenty of ledges to sit on and openings to slide in and out of. There is no curtain and the cats just seem to appear and disappear, as cats will do. I found it delightful that during intermission Old Deuteronomy (Joseph London) just remained on stage and continued to mimic the slight movements cat make when they are comfortably settled in for a “sit”. It was very clever and very subtle.

There are lots of flashing lights and a piece that rises from the stage and descends again that is reminiscent of a spaceship with beams of light coming back down to earth. This doesn’t seem to fit in at all with the quiet junkyard inhabited by cats. But that’s something that I enjoy in all Andrew Lloyd Webber productions: expect the unexpected. He always delivers.

If you have not seen Cats, I recommend that you do so. Remember to just sit back and enjoy the show; don’t worry about where it is taking you.