“I guess this is what nature says to us,” said Mad King Thomas‘s Monica Thomas with a laugh and a shrug. Thomas and her troupemates Tara King and Theresa Madaus were at Bedlam Theatre on Tuesday night to run through their new piece, which was created in part while the three were on retreat in the northwoods on a Blacklock Artist Residency.

The piece—which will premiere in a program called The League of Red Herrings shared with choreographer Judith Howard, running June 17-19 at Bedlam—remains untitled, though it has a working title: We’re All Fucked; Suck My Cock. (“With a semicolon,” clarified Madaus.)

King and Madaus switch characters multiple times through the piece, which features brief passages of dialogue and a soundtrack consisting of pop music and ambient noise. Remaining constant is Thomas, whose mermaid-like character watches and listens with a beatific naïvete as she stuffs a long string of pearls into her mouth; the piece opens with her pulling a dead fish out of her…well, anyway. 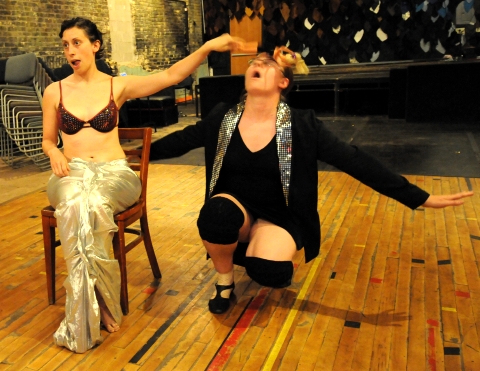 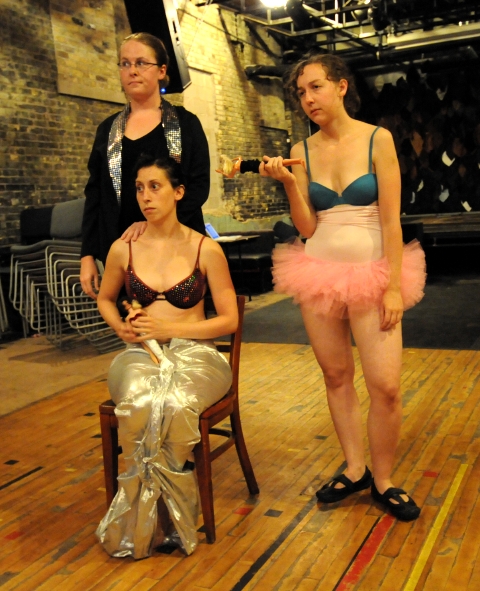 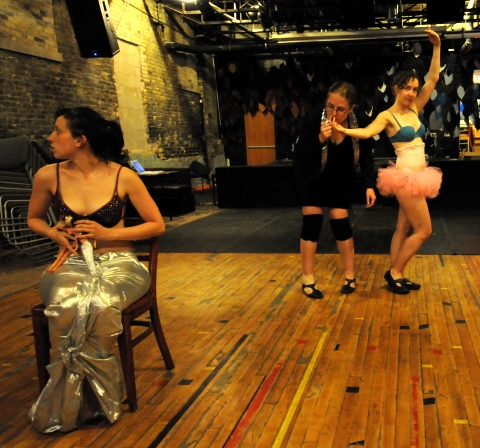 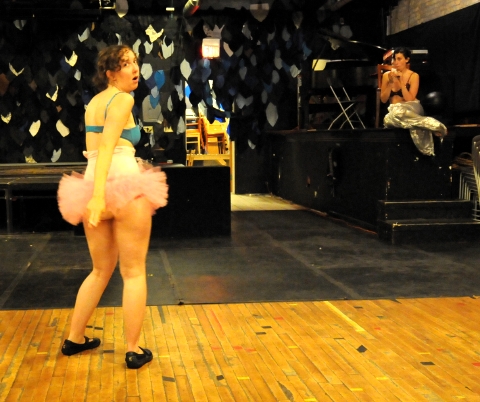 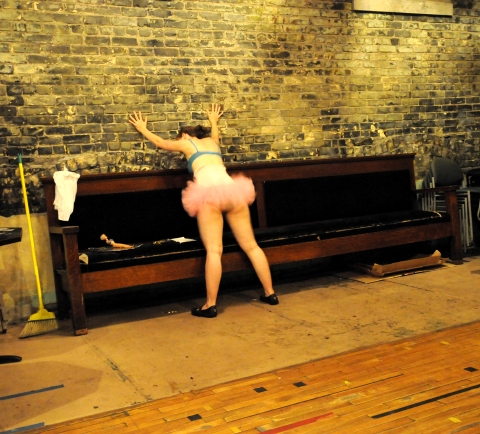 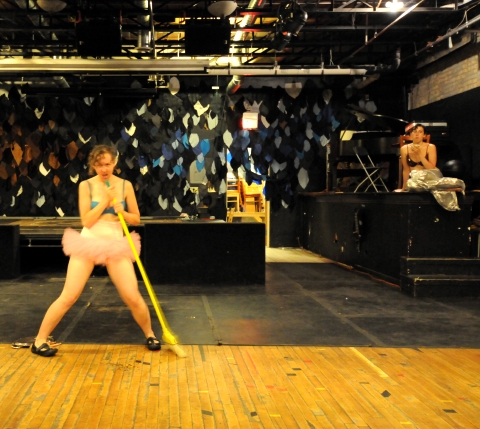 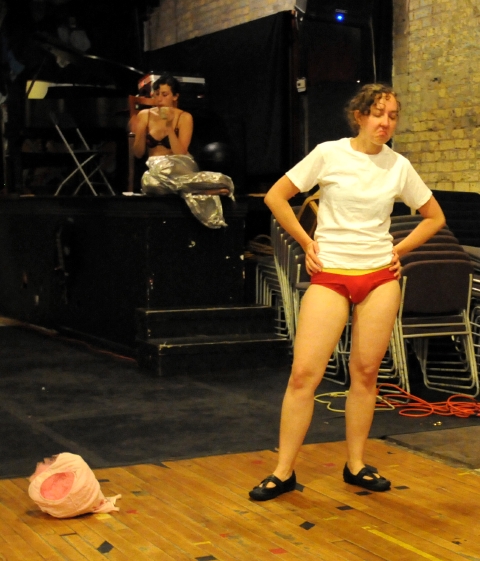 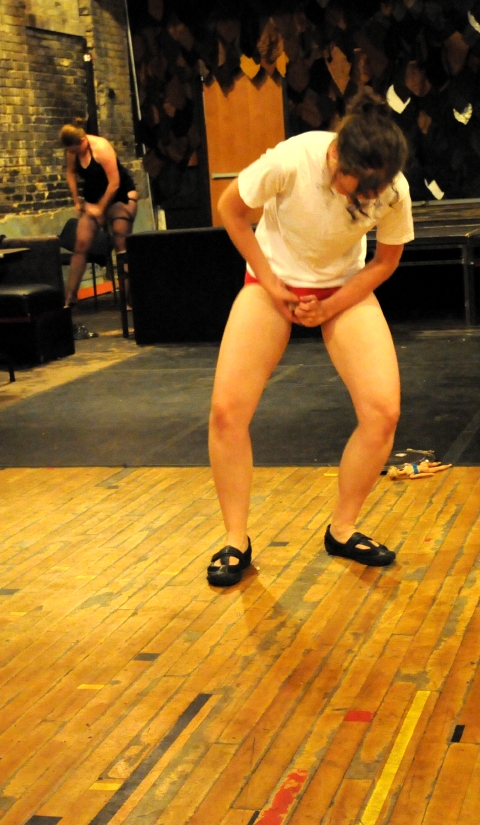 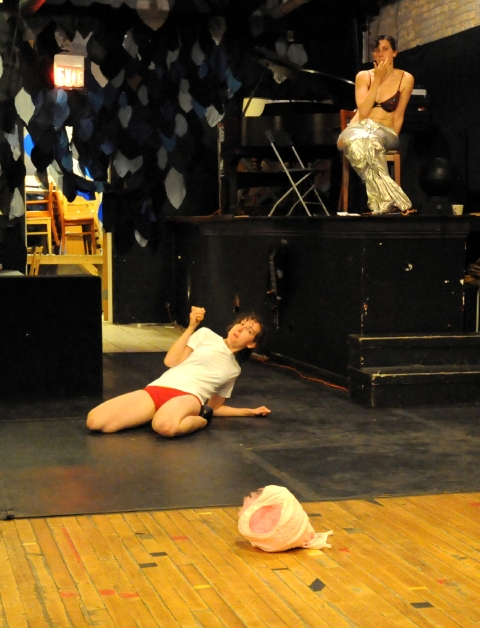 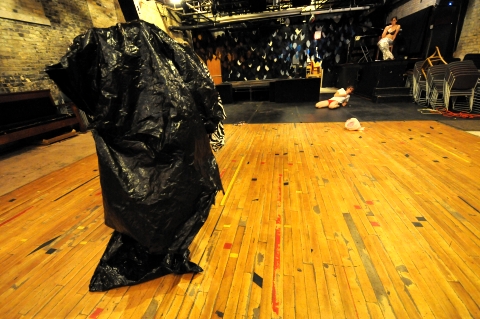 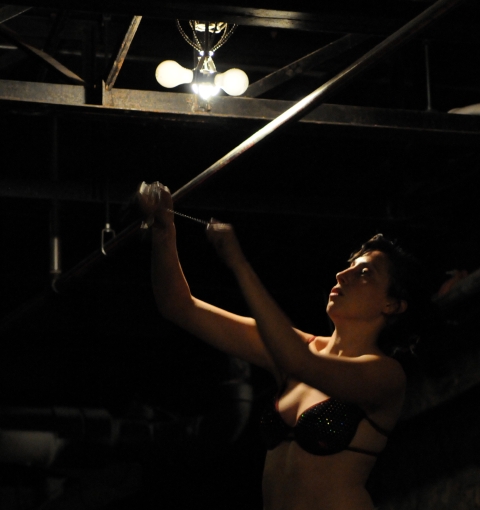 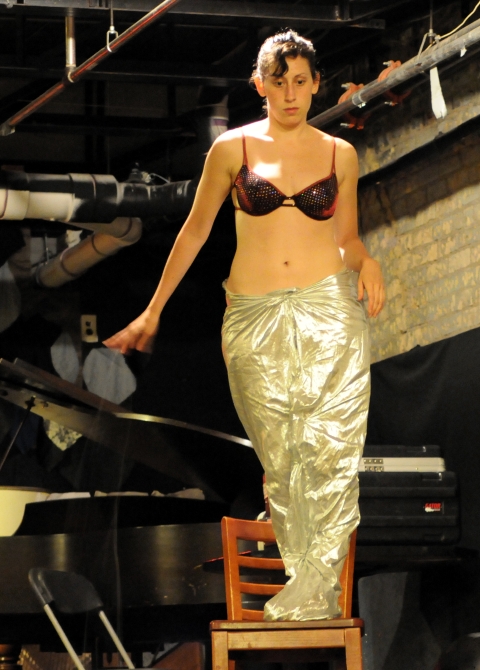 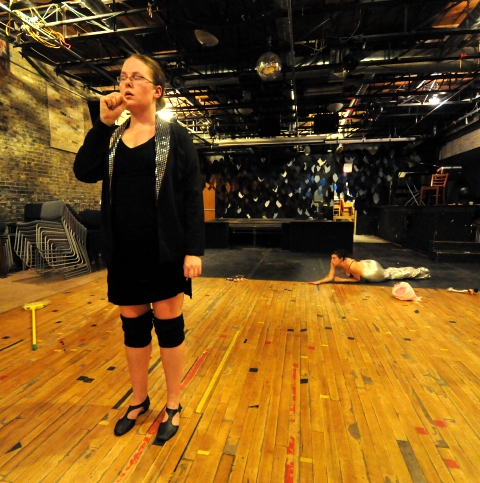 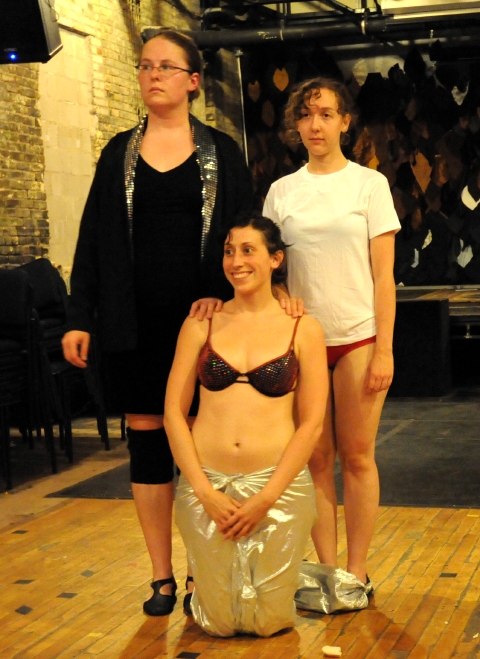 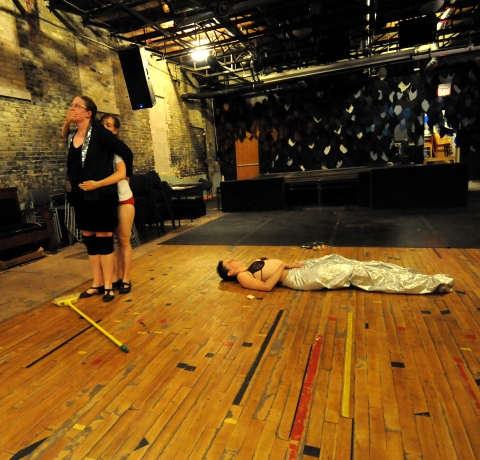 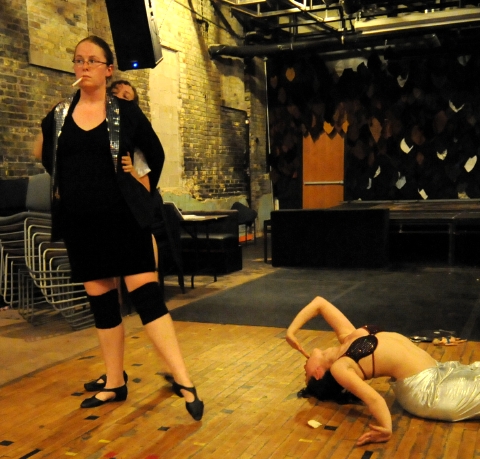 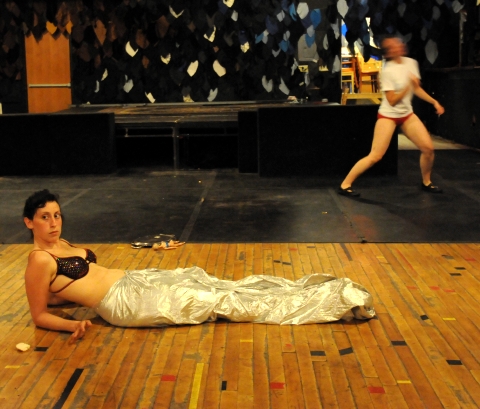 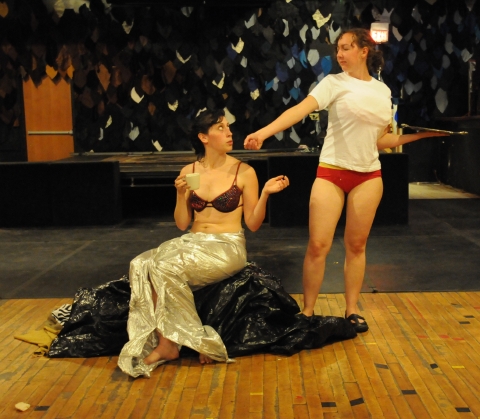 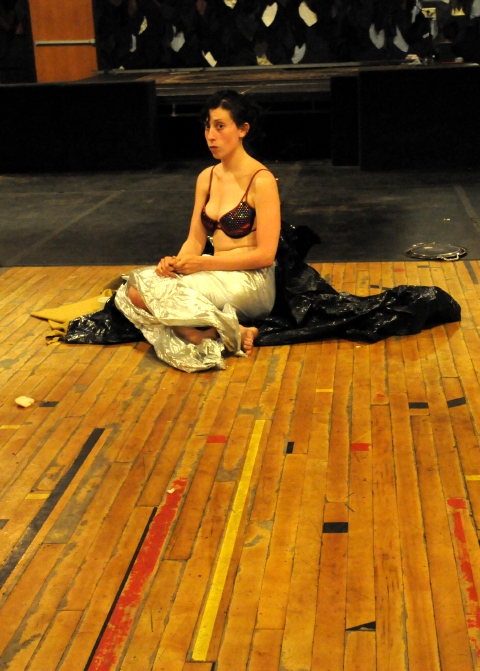