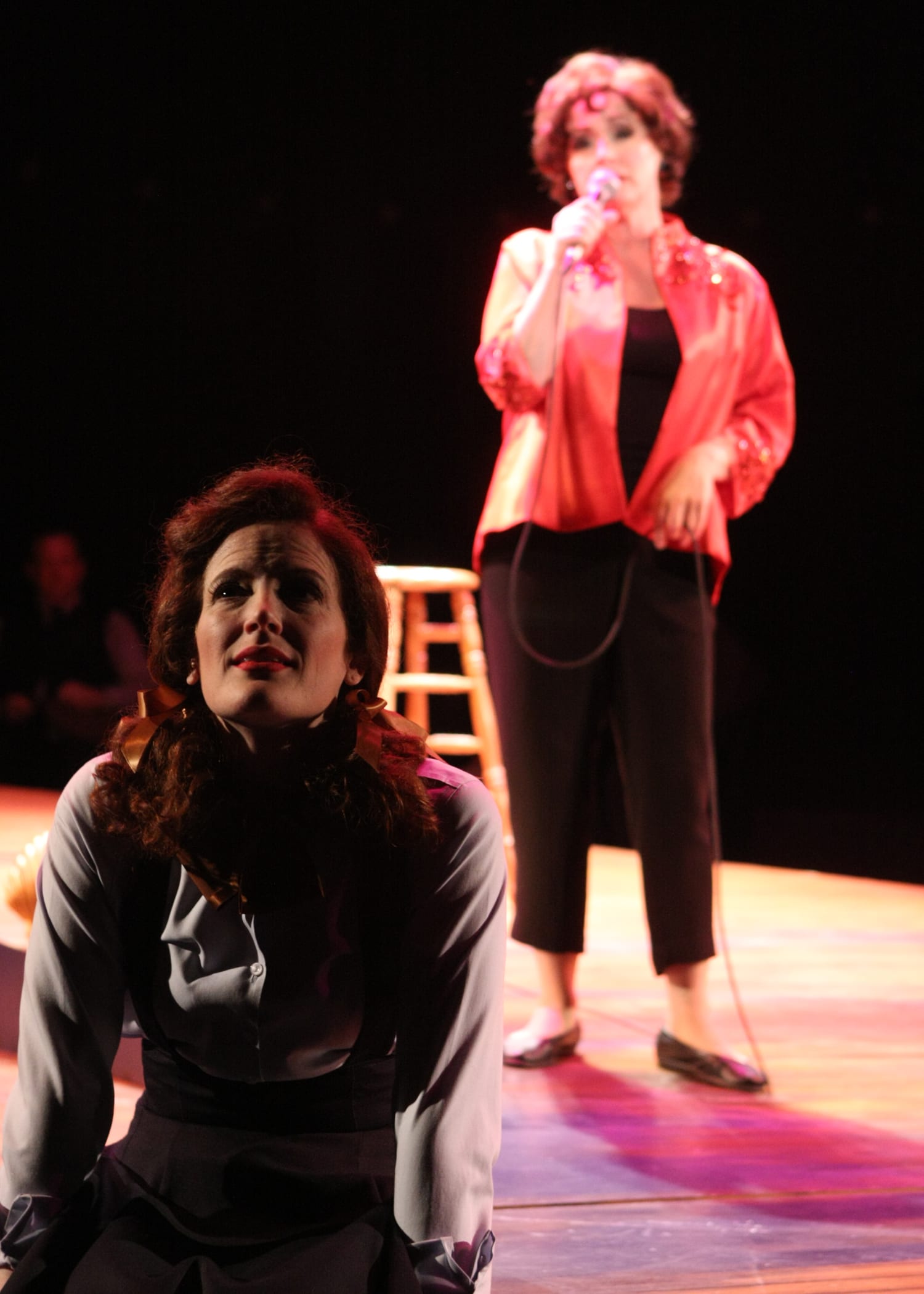 Originally performed in 2005, the History Theatre brought back Beyond the Rainbow: Garland at Carnegie Hall this past weekend providing a delightful evening of music and Judy Garland folklore for its audience. It was 50 years ago that Judy Garland performed her concert at Carnegie Hall, a performance that was preserved on vinyl and became a Grammy winning album. The show’s premise is a reenactment of this famous concert, but the songs in the show primarily serve as a vehicle for presenting key personal moments of Garland’s life from when she was a child vaudeville performer through her concert at Carnegie.

Both Jody Briskey and Norah Long reprise their 2005 roles with Briskey playing the on-stage Garland and Long playing Judy at the various stages of her life. Ably supporting the two in a multitude of roles are Clark A. Cruikshank, Cathleen Fuller and Peter Moore. At times Briskey and Long’s characterizations also interact with each other, which is particularly touching when they share the song “Zing! Went the Strings of My Heart”—the song that a teenaged Judy Garland sang on the radio to her dying father.

Briskey clearly revels in her role as the older Garland, nailing the voice and mannerisms while belting out song after song with both gusto and emotion. Long does not have the mannerisms of the title character, but does a compelling job of playing Judy as an innocent who was desperately and often unsuccessfully seeking acceptance and happiness throughout her life. The play centers on Garland’s relationship with the key persons in her life: her father, her mother and two of her husbands, Vincente Minnelli and Sid Luft (Garland had a total of five husbands).

The first act starts out on the slow side. Briskey does not get to sing that much of each song before the song is paused so as to view a chapter of Garland’s life. After intermission, direction (by Ron Peluso) picks up pace with the music taking center stage and the dramatic acting artfully weaving in and out of Briskey’s songs. The best scene is Briskey’s manic rendition of “Swanee.” I became so caught up in the last half of the performance that I did not even notice the length of the second act until it was over. After a well-deserved standing ovation for the cast, Briskey delighted the audience with a rousing encore. This show is a must-see for Garland fans and also for those unfamiliar with her; it is a compelling story about Garland’s life and music career.